John Philips, known by his ring name The White Mike Tyson, competes in the Middleweight division and has an MMA record 21-9-0. Phillips is currently associated with Straight Blast Gym Ireland and is fighting out of Swansea Wales.

John is #77 in the MMA Middleweight Fighters ranking. His last bout was against  Jack Marshman on March 16, 2019. Well, his upcoming match is against Alen Amedovski which will be broadcasted live on ESPN on 2019, September 28.

John is currently living with his fiancée Kerrie Qarrett with whom he has been together for quite a long time. He remembers the first day of his imprisonment when he mentioned his plan to his girlfriend that he is planning to get engaged in Paris France on the top of Eiffel Tower.

Soon after he got out of the prison he traveled to Paris with his girlfriend and proposed her with the engagement ring on the top of Eiffel Tower. 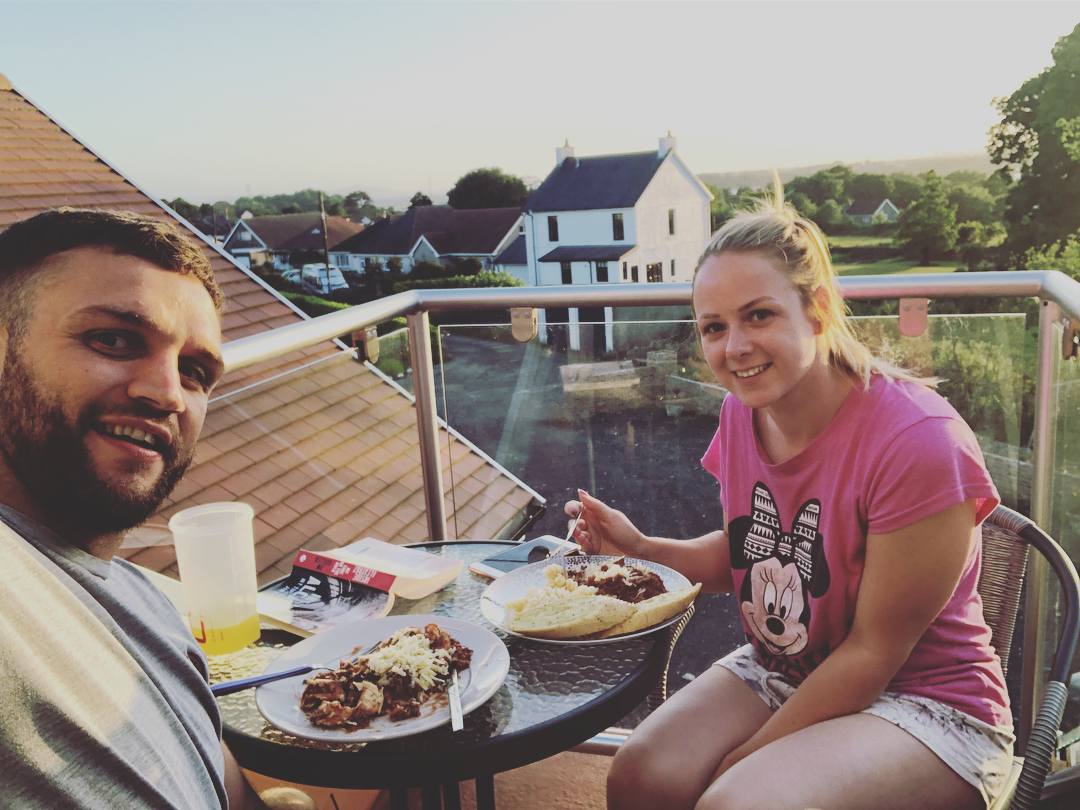 He seems to be enjoying pretty much with his fiancée as it can be proved by taking a look at his official Instagram posts. 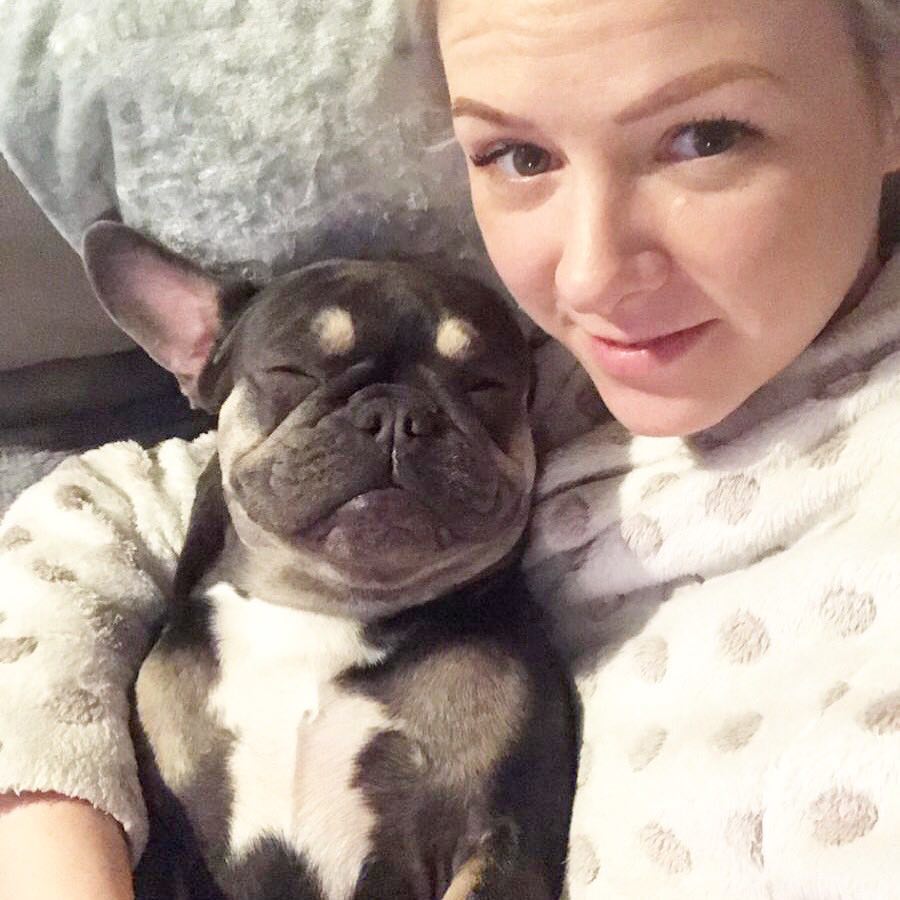 In addition to this, he is a bold man as he mentioned a quote on his Instagram account saying "I’d rather live one day as a lion than the rest of my life as a sheep."

Furthermore, he is also fond of dogs and has a pet dog named Frank with him. He takes Frank along with him wherever he goes.

John Phillips signed with UFC in 2018 and has fought three times losing all the bouts. So, he has not earned much from the organization since his earnings with UFC is reportedly around $50,000. However, he had had many bouts with other promotion companies.

Making his appearances in several MMA fights, Phillips might have earned an estimated net worth of $200,000. 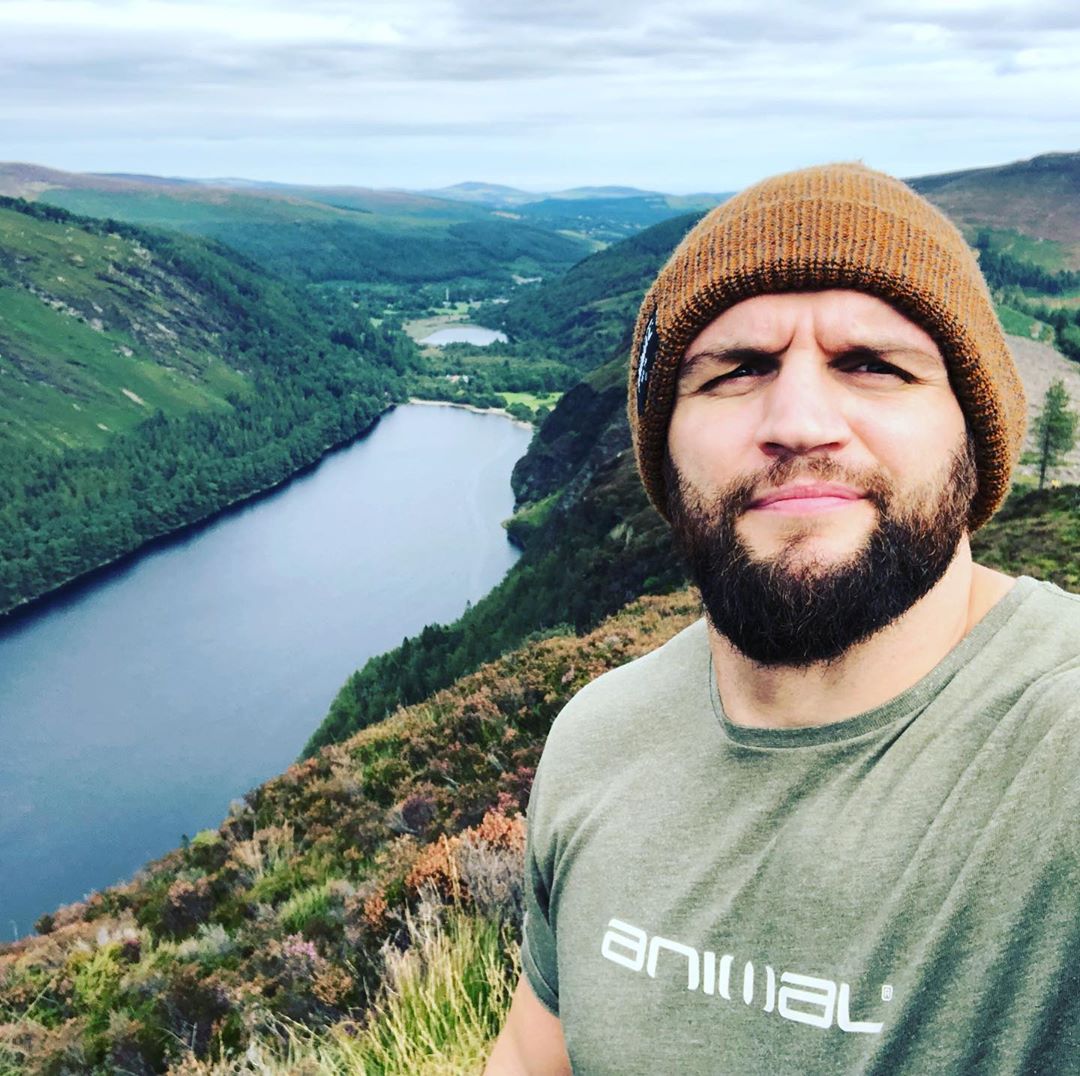 John Phillips at Glendalough Upper Lake on September 8 on his vacation SOURCE: Instagram

As we know the UFC fighters receive a decent sum from their winning games as win bonus and also the fighters receive around $50,000 as the performance of the night. Moreover, fighters earned around $138,250 in 2018, and the salary might have reached around $150,000 in the current 2019 season. As per the sportsdaily.com, his current salary is around $27,000 per annum.

The endorsement is also another primary source of income of the UFC fighters. So John might also be receiving some extra sum from his various deals, but the exact information is yet to be revealed. His massive income is helping him to live a lavish life which is seen from his social media posts.

John Phillips is a 34 years old professional UFC fighter who has been in the UFC career for quite a long time. He is currently competing in the Middleweight division of the UFC whereas his last  Last Weigh-In is 185 lbs. Moreover, his pro-MMA record is 21-9-0, and the current streak is three losses.

In addition to this, in the list of the world's current best MMA Middleweight Fighters, he was ranked Number 77. Throughout his career so far he has competed with some of the renowned faces in the UFC history including  Jesse Taylor.