Joe Wollacott, the Ghanaian descent, is a talented football goalkeeper for the League One club Charlton Athletic. Also, he plays for Ghana national team. He has recorded several matches for Ghana, including world cup qualifiers and other competitions. For your concern, he made his international debut for Ghana on 9 October 2021 against Zimbabwe.

The ex-Bristol City Goalie Joe was born on 8 September 1996 in Bristol, England. Joe is also known by the birth name Joseph Luke Wollacott. He is 26 years old and is a righty player.  He was born into a mixed-race family. He can opt for any nation to play at the international level. He is born to an English father and a Ghanaian mother. It wasn't very good for his mother as his father left him when the children were very young.

Per his interview statement, he is very appreciative of his mother for whatever she has done for them. Along with him, he has a twin brother Luke Wollacott. His twin brother Luke is a motorbikes freak. He currently works at BMW, where he rides and repairs bikes.

Joe kicked off his soccer journey playing as an amateur player for his hometown club Bristol City from 2009 to 2012. In 2013, he finally professionally set his foot into football as Bristol City's first team. Unfortunately, he didn't get to play a single match for the team in two years. Later in 2015, he joined Clevedon Town in 2015, Bergsoy in 2016, Bathe City in 2017, Woking in 2018, and Gloucester Cty in 2018. 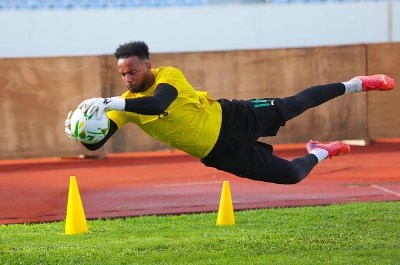 Similarly, playing 13 matches for Gloucester city, he was loaned out to Green Rovers in 2019 and subsequently joined Swindon in 2021. After his release from Swindon, he made he moved to Charlton Athletic, signing a contract of three years.

Know About Joe's Net Worth And Annual Wage

According to our research, Joe has an evaluated net value of around £1,13,880. Notably, the Salary numbers he receives are average. He earns his livelihood playing soccer for football clubs. As a Bristol City goalie, the Ghanaian international allegedly makes £710 per week and £36,920 yearly. However, in 2019 it was £21,320, and £13,000 in 2018 perennial. With his soccer earnings, he maintains a high standard of living.

His present market valuation equals €300K, which is also his all-time career best. Apart from football, he makes extra revenue from his sponsorship, endorsement deals, and commercial ads.

Is He Available On Social Media Platforms?

The former Bath City star player appears to be a very private individual. He has wholly barred himself from social sites. We cannot access him on Instagram, Twitter and any other media. So, we may find his soccer news and events from other verified sites.