Joseph Webb III better known as Joe Webb is a professional quarterback currently signed to the Houston Texans of the National Football League (NFL). After finishing his collegiate career at the UAB Blazers, he was picked by the Minnesota Vikings in the sixth round of the 2010 NFL Draft. Further, he played for the Carolina Panthers and Buffalo Bills.

Birmingham, Alabama native, Webb was born on November 14, 1986, under the star sign Scorpio. The 6 ft 4 in tall holds an American nationality and belongs to the Afro-American ethnic background.

Active NFL rooster since 2010, his career earning is lucrative. 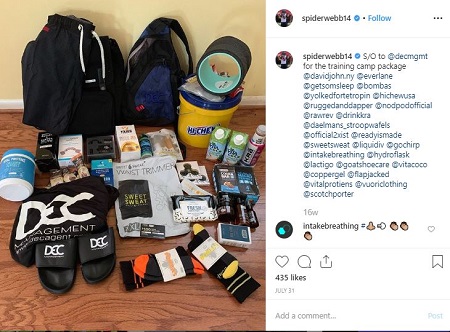 Further, the quarterback is sponsored by Suja Organic and DEC MANAGEMENT.  Further, he has founded a foundation named, Joe Webb III, which is an outreach program mission to challenge children physically, mentally, spiritually, and educationally to higher heights.

As of 2019, Webb's net worth is approximately $5 million. The hunk is living a quality life and currently rides Chevrolet Camaro.

Joe Webb is a proud father to two sons: Joseph Lawton Webb IV, born on 25th October 2011 and Zamir. However, he is yet to reveal the mother of his children. 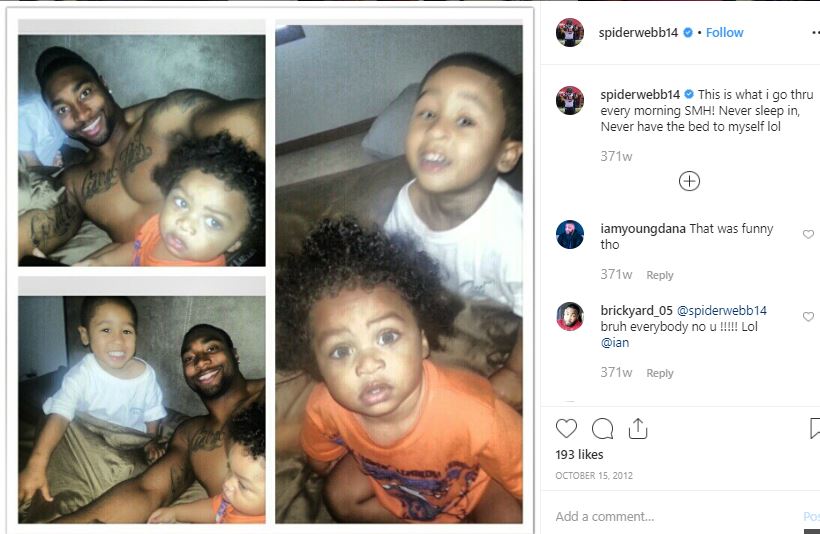 The quarterback is raising them as a single parent. His official social is full of his adorable children.

Joseph L. Webb III was born to Wanda Webb Moore and Joseph L. Webb Jr. as the youngest of five children.  He was raised in a home in which athletics and hard work was the foundation of growing up. At first, baseball was his love, but by the age of ten, he had found football to be his favorite sport.

Aside from sports, he found a passion for music and arts. In sixth grade, he joined the band at Bush Middle School and learned to play saxophone, leaving room for football after school.

In the 2010 NFL Draft, Webb was drafted by the Minnesota Vikings with 199th overall in the sixth round. Originally picked as a quarterback/wide receiver prospect, head coach Brad Childress announced that Webb would exclusively play quarterback for the Vikings.

On December 5, 2010, he made his NFL debut against the Buffalo Bills.

After three seasons with Vikings, he signed to the Carolina Panthers where he agreed to be a third-string backup quarterback, and also used as a wide receiver.

On September 2, 2017, Webb was released by the Panthers. Soon, he signed with the Buffalo Bills where he led the reins as a quarterback in the third quarter of a snowy game against the Indianapolis Colts on December 10 after Nathan Peterman suffered a concussion. The Bills won in overtime by a score of 13–7.

On April 5, 2018, Webb agreed to join the Houston Texans, however; he was cut by the team on September 1, but again re-signed the next day with a one-year contract. On March 21, 2019, he extended a contract with the Texans.