Joao Palhinha is a professional football player who plays as a defensive midfielder for Premier League club Fulham and the Portugal national team. And Palhinha can also take the role of Centre-Back. In his current squad, Palhinha came after leaving Sporting CP.

Likewise, the Portuguese professional footballer has played for U18, U19, and U20 teams. Not only that but his performance has been honored with some titles, including the Primeira Liga Team of the Year in 2020-21. Also, Palhinha has participated in the 2022 FIFA World Cup qualification matches.

Palhinha is a taken man who lives happily with his stunning girlfriend turned fiance, Patricia Palhares. The pair have been sharing the relationship of a girlfriend and a boyfriend for a long time. It is reported that Palhinha and Patricia began dating each other in the year 2019. 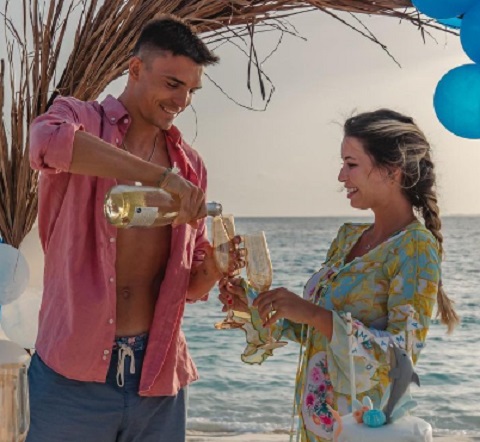 The twosome dated each other for some years and thought of taking their relationship to the next level. So, Palhinha and Patricia got engaged in November 2021. Just after one year of getting engaged in 2022, Palhinha and his fiance announced that they were expecting their first child.

In a post shared on June 22, 2022, the footballer revealed that their first child is a boy. So, in the comment section, many people congratulated them and asked about their marriage. However, Palhinha has not shared any details yet.

Talking about his salary, Palhinha takes home an impressive profit from his current team, Fulham, with whom he signed a contract on July 4, 2022. When he signed a deal, Palhinha received a whopping deal of around £2.14million a year.

According to Team Talk, Palhinha may earn around £41,200 per week. In this way, Palhinha is doing good in his career and is also making the most out of it. Not only that, but he is also a national footballer and a football player in Portugal, earning around €21,799 a year and €10 an hour on average.

Being a part of the national team, Palhinha may earn in the same range, and his net worth is estimated to be around $1 million to $5 million. As reported by Transfermrkt, Palhina's current market value is €25.00m. 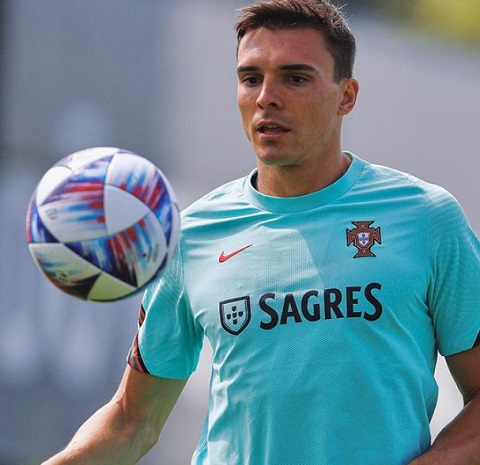 Joao Palhinha in one of his training session SOURCE: Instagram @joaopalhinha6

From 2018 to 2020, Palhinha was with Braga, with whom he played in 50 games and scored four goals. He joined Fulham on July 4, 2022. And on August 6 of the same year, Palhinha made his Premier League debut while playing against Liverpool.

Moving into his international career, Palhinha played for the youth football team of Portugal from 2013 to 2015. And in 2021, Palhinha made his debut for the senior team after participating in the 2022 FIFA World Cup qualifiers. The professional footballer shares a strong bond with his parents, and he has also shared some images with them on his IG account, where Palhinha is verified as @joaopalhinha6.