Bruno Andre Cavaco Jordao famously known as Bruno Jordao is a Portuguese association football player who plays as a center field for Grasshopper Club Zurich. The Portuguese national joined Grasshopper in a loan in 2022.

The Grasshopper Club jersey no. 20 was born on 12 October 1998 in Marinha Grande, Portugal. He started his youth career in 2006 when he was about 7 years old. The Portuguese youngster is just 23 years old and his zodiac sign is Libra. At U.D Liberia he became the youngest and the goal scorer of all time.

The Portuguese midfielder played in different academies during his youth time. He began his football career playing for U.D Liberia where he became the youngest and the highest scorer of all time in 2015-16 Campeonato De Portugal. In July 2016 he was transferred to  SC Braga and made his debut in 2016-17 Liga-Pro.

In Late 2016, Jordao along with his team Perdo Nato was loaned to S.s Lazio in Italy Seria A for 2 years where he just played 3 games in total. His career couldn't take uphill there. So on 2 August 2019, the Portuguese midfielder signed with the toughest league i.e  English Premier leagues as  Wolverhampton Wanderers' player. Bruno Jordao made his EPL debut in the EPL cup against Reading on 25 September. 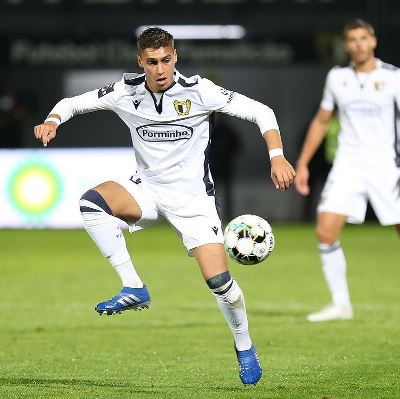 After his EPL move, he played his very first game for Wolves on 9 January 2022 as a substitute player against Sheffield United in the 2021-22 Fa cup. After that that he was again in the transfer market and was loaned again to Swiss Super League side Grasshopper Club on Jan 31 2002 for the rest of the 2021-22 season. In his club career, he has been seen mostly in the transfer market.

Talking about his international career, he was called for the first time from Portugal Under-21 for a friendly match against Italy in May 2018. After that, he is not able to take his place at the National Team to date.

The Portuguese mild fielder is a good-looking guy with a good height of 5 ft 11 inc (1.80m). The player has a slim-shaped body type and has black hair.

Who is Bruno Jordao's Girlfriend? (Relationship and Dating History)

Bruno Jordao is very open about his relationship. He seems to be a very romantic and caring boyfriend to his Girlfriend  Caroline Amaral. They are in a living together relationship at the moment. The couple's Instagram account is filled with their love life photos. 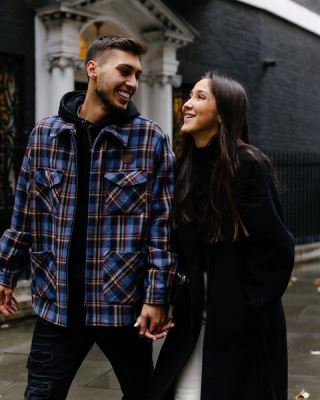 They often go on vacation sharing a quality moment together. The couple seems very happy and satisfied together.

Net worth and Annual salary of Jordao in 2022

Bruno Andre Covaco Jordoa aka Bruno Jordao has played for many clubs till now. Like other footballers, his basic income source is from successful football players only. In  August  2019, when he signed a contract with Wolverine he nets a whopping salary of  1.5 Million Pound per annum which means he earns £7552per week and £315 per hour. So his estimated net worth is about $7.5 Million.

As of 2022, his market value is 2.5 M Euro, and all of his club agreement, transfer-related works are handled by his agent Gestifute. The Portuguese player is still young and has a chance to build his career more successfully.

Bruno Jordao is also a pet lover guy, especially dogs. He has a cute dog breed of White Golden Retriever which he posts the picture of on his Instagram. He named his dog Bola; they seem to have a different connection. Jordan and his GF Caroline love spending time with their dog. 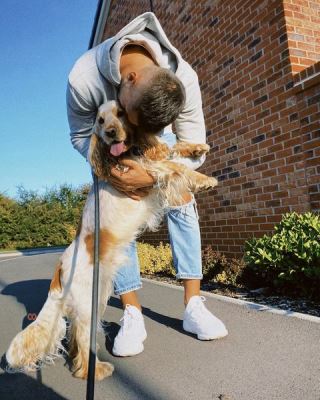