Silva has also represented Portugal in the UEFA European U-19 Football Championship in 2013 and played for Portugal's senior national team since 2015. He was also a vital member of the Portugal team that won the Euro Cup 2016.

Bernardo Silva has an estimated net worth of over $15 million. His current weekly salary is £180,000, and his yearly salary is £9,360,000. Furthermore, he earns much from various endorsement deals, including Adidas. 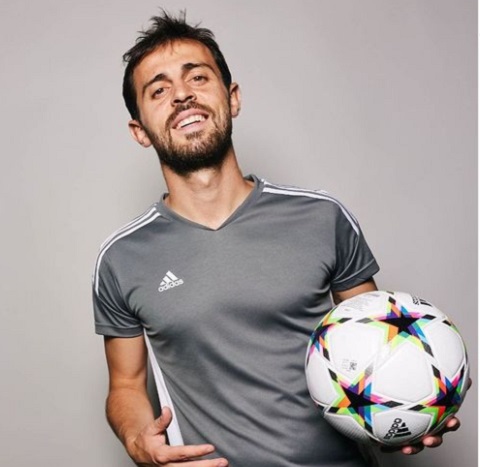 Besides, Silva's deal with his current team is €50 million. Furthermore, Silva has gained broad experience by playing with multiple clubs. According to Transfermrkt, Silva has a market value of €80 million. Meanwhile, his highest value was €100 million, recorded on June 13, 2019.

Like many footballers, Silva also makes money from brand endorsement. Currently, Silva is working with Adidas. 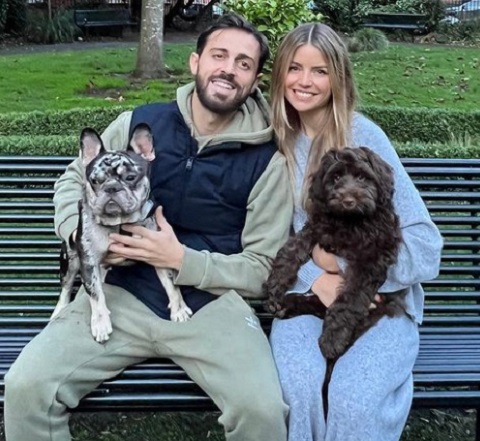 Apart from that, Silva was previously in a relationship with French model Alicia Verrando. The former lovebirds met each other when Verrando landed a job as an intern marketing assistant at Silva's former club Monaco and flew to Russia to support Portugal at the World Cup.

Take a Look at His Early Life

He started to play football at the junior level of the Portuguese football team SL Benfica in 2002 and won the Portuguese Juniors Championship in the 2012/13 season with the team.

After playing for the reserve team of Benefica in 2013, he played for the main squad and made his debut against Desportivo de Cinfaes at the age of 19.

With the club, he was able to win Primeira Liga, Taca de Portugal, and Taca da Liga in 2013/14, and as an individual, he won the Segunda Liga Breakthrough Player of the year the same season.

He was transferred to the French top-tier league club AS Monaco on loan from Benfica on August 2014 and made his debut for the French club against Girondins de Bordeaux on August 17, 2014. In January 2015, he was permanently sold off to Monaco by Benfica for $19.41 million. The move turned out to be successful as he helped the club to win Ligue 1 in 2016/17 and also awarded UNFP Player of the month in January 2017 and was named along with Polish defender Kamil Glik in the UNFP Ligue 1 Team of the Year in 2016/17 season.

After his impressive performance at the French Ligue, he signed a five-year contract deal with English Premier League Manchester City on May 2017 with a transfer fee estimated to range around $61 million.

The Portuguese midfielder joined Manchester City, which boasted the likes of Raheem Sterling in its current squad, during the summer of 2017 and scored his first goal in the UEFA Champions League against Swiss club FC Basel in a round of 16 stages. Also, Silva was part of a team that won the EFL Cup in 2017/18. Silva was also part of the Portugal team captained by Cristiano Ronaldo that played in the 2017 Confederations Cup in Russia. At the time of this post, Silva has earned over 70 caps for the national team, and he is set to make his World Cup debut by playing in the FIFA World Cup 2022.