The Costa Rican footballer Jewison Bennette plays as a left winger for Sunderland and the Costa Rica national team. Likewise, he is among the youngest players in his squad who began playing early. Further, he started his early career playing for the club, Herediano.

Further, he wears jersey number 19 for his club and has earned six caps as of his active years. Besides, he was introduced to football during his school days, and Bennette always had a keen interest in the vocation.

His Earning And Net Worth Details

The young and talented footballer Jewison Bennette has gathered a fair sum of money by playing for multiple clubs and teams. So, talking about his net worth, the footballer has an estimated net worth of  $1 million and $5 million. However, he has barred his earnings facts from web sources.

Apart from this, football is the primary source of his income. Besides, he might be adding some valuable money from endorsements and partnerships. As he hasn't talked much about this topic openly on the web sources, we couldn't know much about it now. 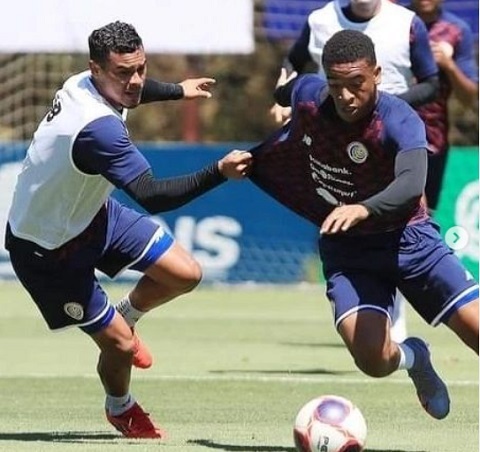 Digging more into this market valuation, the footballer has a market value of €1.00m as of a recent update, and playing for several teams; he has amassed a decent salary and charges.

Additionally, the sources revealed that Sunderland would pay $1.3m (around £1.07m) for Bennette. So, we can say that he must maintain a good lifestyle with such huge earnings.

The Sunderland player, Jewison, is one of the youngest players on his squad; despite that, he has touched the height of success at such a young age. Talking about his football career, he started playing football in his school days and joined the club, Herediano.

Likewise, in 2021, he made his senior career debut by p; saying for the same club. After a year, the player arrived at the Sunderland team had signed a 4-year deal. Thus, he played the first match on September 14, replacing Corry Evans as a substitute against Reading.

Along with his club career, the player also has an excellent job on his national team, which has been represented in various events. So, he made his international career by playing an under-15 match in 2019. Similarly, he was also part of the 2021 CONCACAF Gold Cup.

A lot of people are asking about Jewison Bennette's dating career, and fans are captivated by his lovelife. However, the player is yet silent regarding this topic. For your concern, he is possibly single as Jewison is young to be involved in a relationship, so he is forcing on his career rather than his love life.

Moreover, he has never shared any facts relating to his past lovelife, so we can say that Bennette hasn't been at least in one relationship throughout his active career. Additionally, the footballer might start his romantic life in the future, so that we will update each missing session as soon as possible.

Bennette was born in Heredia, Costa Rica, on June 15, 2004. Likewise, he holds the Costa Rican nationality and spent most of his childhood in his birthplace. Well, the facts about his academic life are still barred from the public domain. While talking about his parents, he is the son of Jewison Bennette, who also played for Herediano and the Costa Rica national team. In addition to this, he comes from a sports background, as did Bennette's uncle, Try Bennett was also a footballer. Apart from that, Jewison is the older brother of twins Nick and Mike.