Manfred Ugalde is a professional football player who plays for Twente, with whom he came on a loan from Belgian First Division B club Lommel. His leading position is a forward, but he can also play as an Attacking Midfield and Second Striker. In his current team, Ugalde wears jersey number 27. The Costa Rican footballer previously played for Saprissa and Lommel.

Apart from that, Ugalde has also been a part of various national and international games representing the national football team of Costa Rica. Ugalde's international debut for the senior team came on February 1, 2020, in a match against the United States. Ugalde is one of the most important players in his team, and his performances have helped him receive the CONCACAF League Best Young Player in 2019.

Earnings: Details On His Salary & Net Worth

Being a professional footballer, Ugalde has amassed a decent fortune. The young footballer has been a part of a few teams that must have helped him take home a fair profit. Initially, Ugalde played for Saprissa, and when he left them to join another team, Lommel SK, Ugalde received a transfer fee of €875Th.

Currently, Ugalde plays for Twente, and his salary from the team might be pretty impressive, but the actual amount of his earnings is not available in the public domain. According to Transfermrkt, Ugalde'smarket value is €1.10m. Besides, Ugalde also played for the national team and has represented them in multiple national & international games. Being part of those games, Ugalde gave a fantastic performance, and he may have received some cash prizes too. So, it is believed that Ugalde has preserved a considerable net worth which may be in the six figures. But due to the dearth of details, none of the media sources has shared his net value.

Meanwhile, his social media posts show that Ugalde is living a luxurious life and enjoying his life to the fullest.

Ugalde Is Dating His Girlfriend

Moving into his love life, Ugalde is a taken man who is currently dating his stunning girlfriend, who goes by the name Josseline Vargas. It is unknown when the pair started their romance, but some of their social media posts show that Ugalde and Vargas have been in a romantic relationship for some years now.

Furthermore, Ugalde and his girlfriend have gone to some places together, from which it becomes clear that a pair is fun-loving person. Back on June 5, 2022, the couple went to Secrets Papagayo, Costa Rica, and they also shared one of their moments on Instagram. Likewise, Ugalde and Vargas celebrated their two years together on July 26, 2022. Currently, both of them are focused on their career and have not planned about getting married yet. The twosome may give some hints about it in the future. So, to get updated on their love life, we can follow them on Instagram.

Ugalde's lover is available on Instagram, registered as @vargass_25, but she has kept her account private, which makes it more difficult to know about Vargas' ongoing lifestyle.

Take A Look at His Professional Career

The professional footballer's career started when he made his debut for the Saprissa in early 2019. The respective match was organized on July 13, 2019, by playing against Belmopan Bandits in CONCACAF League. On October 21 of the same year, Ugalde made headlines on the internet after scoring a hat trick in a game against Limon.

Being with the Saprissa team, Ugalde made 37 game appearances and scored 13 goals. He also won some titles, including the Best Younger Player of the 2019 CONCACAF League tournament (November). After leaving Saprissa, he signed with City Football Group and joined Belgian First Division B club Lommel on July 2020. 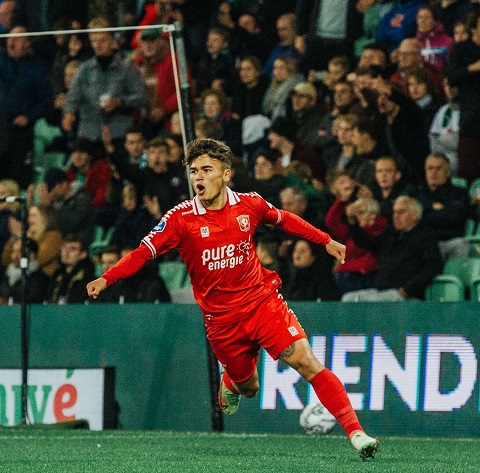 Manfred Ugalde in one of his professional games SOURCE: Instagram @manfredugaldeoficial

At the time of this post, Ugalde has already made 22 game appearances and scored 11 goals. Later, Ugalde received an offer to play for another team and moved to Eredivisie side Twente on June 25, 2021, on loan. And on July 1, 2022, his loan was renewed, which lasted until June 30, 2025.

Besides that, Ugalde has been a part of the Costa Rican national team and represented the youth team in some games too. Finally, on February 1, 2020, Ugalde made his debut for the senior squad by playing against the United States.

More On His Family Background & Parents

Manfred Alonso Ugalde Arce was born to his beloved parents, Rafael Ugalde and Andrea Arce, on May 25, 2002. They raised Ugalde in Heredia, Costa Rica. As Ugalde has not talked much about his family background, we are unknown whether he has siblings or he is a single child.

His father, Rafael, was reportedly born on September 6, 1976, while some sources say his mother was born on April 30, 1978. Regarding this point, it can be said that Ugalde's parents share an age gap of two years. Both of them prefer to remain away from the spotlight, so there is very little information about them.

Just like many other footballers, Ugalde also has a strong presence on social media. We can find Ugalde on Instagram under the username @manfredugaldeoficial. On June 20, 2021, Ugalde made his first post, and since then, he has been posting on IG. 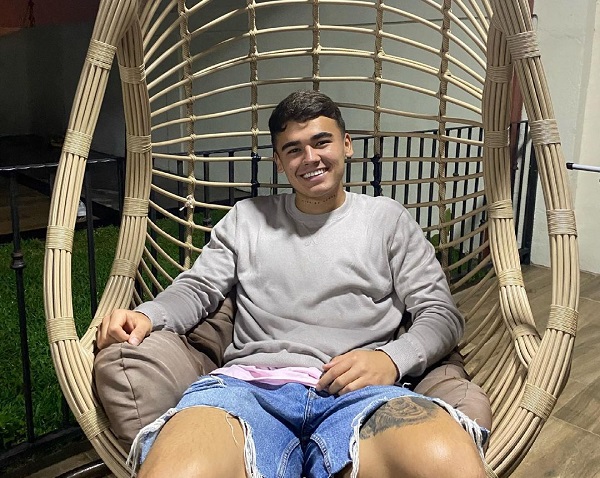 At the time of this writing, Ugalde has collected more than 33.3k followers. Not only that but Ugalde's account has also been verified by Instagram.

You may uncover an expansive range of sports info, news, buzz, and love matters on Playerswiki.