Jerry Jones is a well-known American Billionaire Businessman. Jones is best known as the owner of the National Football League (NFL)'s Dallas Cowboys since 1989. Jerry saw many lows in his career before reaching the pinnacle.

Jerry Jones was born as Jerral Wayne"Jerry" Jones on October 13, 1942, in Los Angeles, California. Jerry is among the two children born to  J.W. "Pat" Jones and his wife, Arminta Jones. His father was a businessman and ran the insurance company Modern Security Life of Springfield, Missouri. Jerry has a sister named Jacquelyn Jones. He graduated from the University of Arkansas with a degree in business.

Failure to Being a Billionaire

Soon after graduating from the University, Jerry was picked as an executive vice president. However, He left the job and borrowed a million dollars from Jimmy Hoffa's Teamsters union to open up a string of Shakey's Pizza Parlor restaurants in Missouri. However, This turned out to be a false start, and the venture failed within months. After the failure, He joined his father's company as an executive officer. 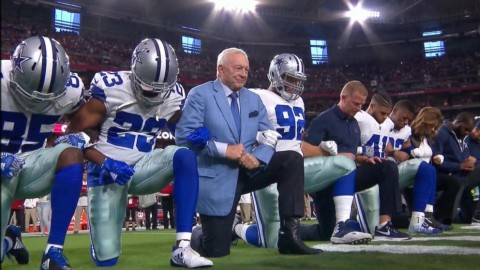 Jerry take a knee before the game along with his team SOURCE: ABC News

After failing several business attempts, Jerry landed with an oil and gas exploration business in Arkansas, Jones Oil and Land Lease. This tuned out to be the first successful startup. Ever since Jones has not looked back on his career. He had a steep rise to his fame, and the money kept coming all his way.

In 1989, Jones purchased the Cowboys for $140 Million. H.R Bright previously owned it. In today's equivalent, It's close to $300 Million. After Jerry bought the team, He had some serious changes in the management team. Jerry started by firing his longtime coach Tom Landry, to that point the only coach in the team's history. 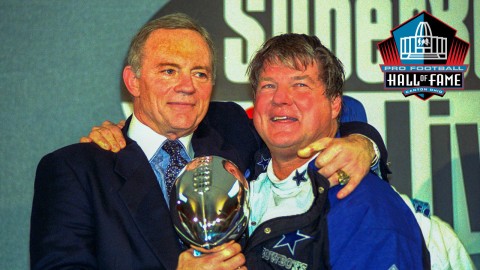 Jones quickly built a team that is often reckoned to be the best NFL franchise of the 1990s. During Jones' tenure, the Cowboys have appreciated to an estimated $4.2 billion, turning their owner into a billionaire in the process.

How much is Jerry Jones' Net Worth?

Jerry Jones has an estimated net worth of $8.4 Billion as of 2020, reported by Forbes. Jerry started his career as a failed business in the late 1960s. Jerry is reported among the top fifty self-made billionaires in the United States. Steven A. Cohen is another self-made Wall Street Billionaire with a net worth of $14 Billion. 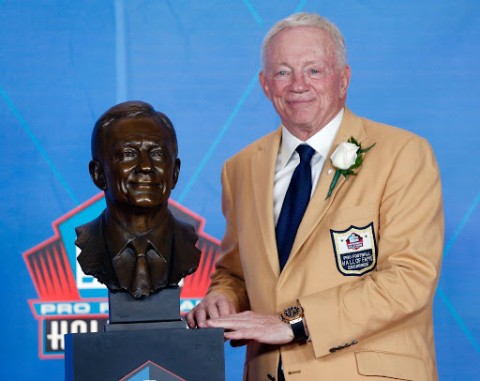 Jerry is the Owner of Dallas Cowboys SOURCE: Dallas Morning

Jerry's most of the net worth comes from his large share in Cowboys. The team is currently valued at $5.5 billion. Jones first became a millionaire in the 1970s after his company made a lot of profit and established himself as an oil wildcatter. He has expanded his business with retail and residential real estate projects in Dallas.

Jerry has earned a good stake in Comstock Resources, making him the controlling shareholder of the company. Also, He has a hobby of collecting art collections, including Norman Rockwell's "Coin Toss" and paintings by Picasso, Renoir, and Matisse, among others.

Who is Jerry Jones Married to?

Jerry Jones is living a happy married life, along with his wife and his children. Jerry is married to Eugenia Jones since 1963 and is the proud father of three children. Jerry's eldest son, Stephen, was born soon after their wedding. 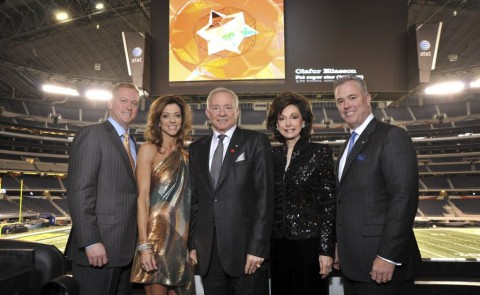 Jerry Jones with his wife and children SOURCE: Dallas Cowboys

The duo was blessed with their second child as a daughter, Charlotte. Then they were blessed with a son, Jerry. The eldest son, Stephen, currently works as the Cowboys' chief operating officer/executive vice president/director of player personnel. His other two children also work inside his company with various roles to perform.