Jeremy Giambi was an American retired baseball outfielder and first baseman, who played in the Major League Baseball (MLB) for different teams from 1998 through 2003. Most notably, he was mentioned in the book Moneyball as one of the replacement players for his brother, Jason Giambi, and became a character in the film alongside David Justice, Chad Bradford, Ricardo Rincon and Eric Chavez.

San Jose, California native, Jeremy Giambi was born on 30th September 1974, under the star sign Libra. He held an American citizenship card and came from a white ethnic background.

On 9th Feburary 2022, Giambi passed away at the age of 47. He was found dead at his parents' home in Claremont, California. On 10th Feburary 2020, the Los Angeles County Medical Examiner stated that Giamdi died by suicide via a gunshot wound to his chest.

How Much Is Jeremy Giambi's Net Worth? Know His Salary History

After retirement, he pursued a career as a coach.

Later, he was a private hitting coach at PFA in Claremont. According to the source, the national average salary for a Baseball Instructor is $32,666 in the United States.

Thus looking at his career and career earning, his net worth in 2022 is approximately $1 million. Besides, he owns a house in Henderson, Nevada (NV).

Jeremy Giambi was married to Naia Giambi, until his death. He often mentions his wife on various interviews, however, his wife prefers to maintain distance from media. Even the couple is yet to come out with their love story. Information such as how they met when they tied the knot or have they welcomed their kid is a subject of curiosity. 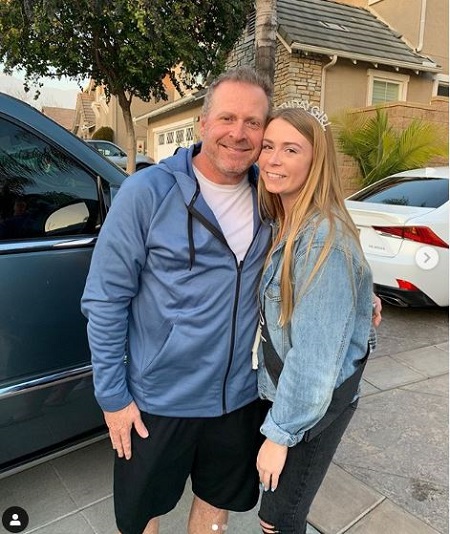 Besides, on December 10, 2001, Jeremy was caught with marijuana at a checkpoint at McCarran International Airport in Las Vegas. At that time, he was playing for Oakland Athletics and was cited for misdemeanor possession of a controlled substance and released. On March 13, 2005, Giambi admitted to having used anabolic steroids.

Jeremy was born to parents, John and Jeanne, who is spent a lot of time with their kids' (Jermey's brother Jason and sister Julie) camping, bowling and going to the movies.