Born Jeremiah Taeatafa Masoli, Jeremiah Masoli is an American professional Canadian football player who plays as a quarterback for the Ottawa Redblacks of the Canadian Football League (CFL). Since February 2022, Masoli has been playing for the team Redblacks and has helped the team to win some titles too. Besides that, he has also won some awards, including the 2018 Hamilton Tiger-Cats Most Outstanding Player, 2018 CFL East All-Star, and 2008 Holiday Bowl MVP.

The 33-years-old quarterback played college football at the City College of San Francisco, the University of Oregon, and the University of Mississippi. Likewise, he has also been a member of the Omaha Nighthawks (UFL) and the Edmonton Eskimos (CFL). Moreover, his professional career began when he got signed by the San Francisco 49ers of the NFL as an undrafted free agent in 2011.

Jeremiah Masoli was born on August 24, 1988, in San Francisco, California, making his age 33 years old. The 5 feet 10 inches player was raised by his parents, Kennedy and Linda Masoli. And Masoli also has two siblings, a brother and a sister.

Moreover, Masoli attended St. Louis (Hawaii) in 2006. Later, he enrolled in the City College of San Francisco at the University of Oregon in 2008. In the year 2008, for the Ducks, Masoli went from the 3rd string quarterback to the starter as injuries afflicted the depth chart. Masoli threw for 13 touchdowns and five interceptions while also rushing for ten touchdowns. His 714 rushing yards in 2008 set an Oregon record for quarterbacks. 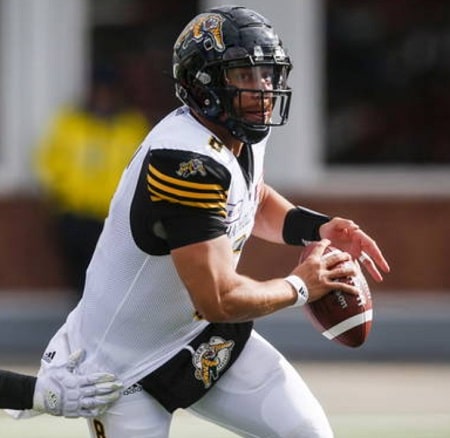 Not only that, but he also led the team to a 42–31 victory in the match against Oklahoma State in the 2008 Holiday Bowl. Furthermore, he was named to the Davey O'Brien Award watch list for the 2009 college football season. Masoli emerged on the cover of a regional August 2009 case of Sports Illustrated along with center Jordan Holmes.

In October 2009, he assisted direct the #10 Ducks to an upset over the then #4 USC Trojans with 222 passing yards, 164 rushing yards and two touchdowns. And in the 2010 season, he got involved in controversy when he and his teammate Garrett Embry were identified as suspects in a theft on the University of Oregon campus. On March 12, 2010, he pleaded guilty to second-degree burglary, acquiring 12 months of probation.

Later, he was also suspended for the whole 2010 season by head coach Chip Kelly. Likewise, he was cited for misdemeanor drug and traffic offenses and was discharged from the team in June 2010. Masoli later pleaded guilty to marijuana custody and a moving offense stemming from the traffic stop. Moreover, he later played for the Ole Miss.

You May Read: Bralon Addison

After finishing his college career, Masoli signed with the San Francisco 49ers as an undrafted free agent. On August 22, he was waived by the team. Furthermore, the Omaha Nighthawks of the United Football League drafted him in the eighth round of the 2011 UFL Draft. With them, he signed a contract on August 25, 2011. 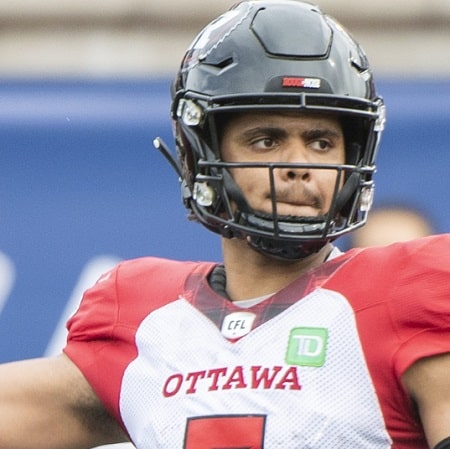 After that, he entered the Canadian Football League by signing the contract on April 10, 2012, but he spent his first season in Edmonton injured. He was traded to the Hamilton Tiger-Cats as part of a five-player trade on February 5, 2013. He made his first CFL start in Week 4 of the 2014 CFL season in the match against the Calgary Stampeders.

His 2015 CFL season started as the third quarterback on the depth chart, trailing Collaros and Jeff Mathews. Due to injuries, he was tasked with leading the Ti-Cats in their regular-season match. Likewise, his 2016 season began as the second quarterback behind Zach Collaros. In this team, Masoli played for a long time, and finally, on February 7, 2022, he moved to another team, the Ottawa Redblacks.

Currently, Masoli is signed with the Ottawa Redblacks, from where he is making a decent profit. According to The Score, he may earn around $450,000 in 2022. He spent the last eight years in Hamilton and was an East Division All-Star in 2018. So, from his previous teams, Masoli might have gained a good salary that has helped him preserve a considerable net worth. 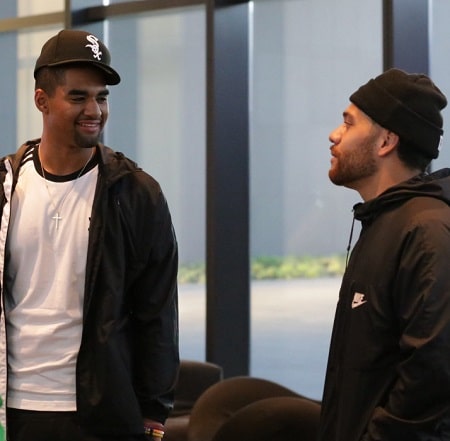 According to some online portals, Masoli is estimated to have a net worth of around $500,000 to $1 million. It is sure that Masoli makes most of his gains from his professional sporting career as he has been in this field for a long time. And it is sure that his income will rise in the future as he is still active and his performance is getting better day by day.

Apart from that, he may earn something from endorsement deals as he has surely worked with some brands that might pay him well.

Does Masoli Have A Wife or A Girlfriend?

Moving into his personal life, the Ottawa Redblacks quarterback is very secretive, and he has never talked about his love life in the media. As none of the verified sources have covered the details regarding his affair, we can say that Masoli is single and he does not have a wife or a girlfriend.

Till now, Masoli is not involved in controversies or linked with any ladies. From this, it can be said that he has been leading a single life for a long time and is focused more on his career. At the same time, Masoli does not have much presence on social media, making it more challenging to know about his current lifestyle.

Due to his less activeness on Instgram or any other platforms, his relationship status has remained a mystery for a long time. Moreover, Masoli may give some updates about it in the future as his fans often ask questions about his love life.