Bralon Addison is an American-born gridiron football wide receiver who has been playing for the team of the Hamilton Tiger-Cats of the Canadian Football League (CFL) since 2020. The 5 feet 9 inches tall player played college football at Oregon, and he turned professional in 2016 when he got signed by the Denver Broncos.

Before playing for his current team, Addison has been a part of various teams, including the Chicago Bears and the Toronto Tigers.

Early Life: Details On His Age and Height 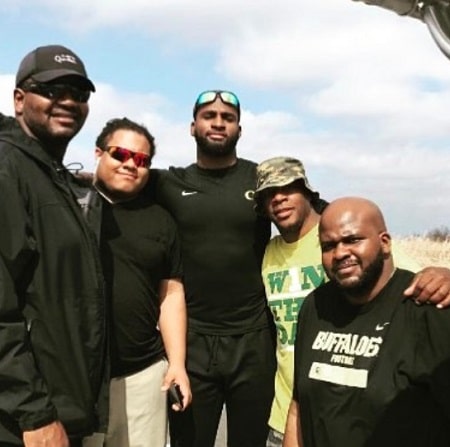 Talking about his family background, Addison was raised by his parents named, Julias Addison and Sonya Swindell. Not to mention, he is not only the child of his parents as he grew up together with his two siblings, one brother and a sister, but their names are not available in the public domain.

The 28-years-old player went to Hightower High School in Missouri City, Texas. There he majored in Sociology. And in his high school career, he played predominately quarterback his senior and junior years and wide receiver his sophomore year. Likewise, as a senior, Addison had thrown for 2,158 passing yards, 22 passing touchdowns, and had 1,625 rushing yards and 20 rushing touchdowns.

He passed for 1,858 yards with 28 touchdowns and rushed for 1,068 yards and 15 touchdowns as a junior. Not to mention, he was rated by Rivals.com as a four-star recruit. Despite getting offers to play from various teams, he chose to play college football for the University of Oregon.

As a true freshman in the year 2012, he played in all 13 games and had 22 receptions for 243 yards. And as a sophomore in 2013, he began 11 of 13 games, recording 61 receptions for 890 yards and seven touchdowns. Also, he returned two punt returns for touchdowns. Unfortunately, in 2014, he missed the season due to a torn ACL suffered during spring practice.

However, Addison came close to playing in the 2015 College Football Playoff National Championship but was not totally recovered in time for the match. Furthermore, he returned from the injury to play in all 13 games in 2015. Moreover, Addison finished with 63 receptions for 804 yards, ten receiving touchdowns, two rushing touchdowns and one punt return touchdown. And after that season, Addison entered the 2016 NFL Draft.

Addison remained undrafted in the 2016 NFL Draft and was signed by the Denver Broncos. Further, he was waived by the Broncos during roster cuts on August 30, 2016. And Addison was signed to the Bears' practice squad on December 5, 2016. And on December 20, 2016, he was promoted to the active roster. The Bears waived him on May 1, 2017.

After that, he went to play for the Toronto Argonauts team, with whom he signed a deal on April 18, 2018. The talented player did not play a match for the Argos before being freed by the team on August 25, 2018. The Hamilton Tiger-Cats signed him on September 1, 2018. For the team, he played four regular-season games. In the final game of the year, he had seven catches for 103 yards and a touchdown and for the rest of the year, he had only one catch for 10 yards. While CFL veteran Terrell Sinkfield was inactive for both playoff games, Addison caught five passes for 124 yards in Hamilton's 48-8 win over the BC Lions and had 12 catches for 129 yards in the CFL East final a defeat to Ottawa. Moreover, he continued his strong play into the 2019 season. During that time, he was named a CFL Top Performer for the month of September.

Addison finished the season with 95 receptions for 1,236 yards with seven touchdowns. Not only that, but he also carried the ball 36 times for 218 yards with one rushing touchdown and was anointed a CFL All-Star. Likewise, he signed a reserve/future contract with the Minnesota Vikings of the NFL on January 21, 2020, and was waived on August 6, 2020.

Again on December 25, 2020, he returned to his former team, the Hamilton Tiger-Cats. With them, Addison signed a two-year contract but missed the first half of the 2021 CFL season while healing from a knee injury; he was counted to the active roster on September 28, 2021. And on October 24, he was placed on the six-game injured reserve list with a hamstring case.

Due to the numerous injuries, Addison was confined to just three regular-season games, catching 18 passes for 231 yards. On November 24, 2021, he was re-added to the active roster. He is still on the team and is doing great in his career.

Relationship Status: Does Addison Have A Girlfriend?

Talking about his personal life, Addison appears to be leading a single life and does not have a girlfriend or a wife. Till now, he has kept the details regarding his love life away from the media. So, there is very less info about them. From this, it becomes clear that Addison is a very private person like many other athletes who does not wants to share their details in the public domain.

Likewise, Addison is not involved in any rumors about his life. Also, the 5 feet 9 inches tall wide receiver has not made a single post about his love affair on Instagram, where we can find him under the username @bralon_addison2. So, if there are any changes in his relationship status, then he will surely update it via his social media account.

Salary and Net Worth Of Barlon Addison

From his current team, the Hamilton Tiger-Cats, Addison must be receiving a decent salary. According to a close source, his salary is reported to be around $66,741. So, having such a fair wage, his net worth must be in six figures. Some websites have estimated his net worth to be around $1 million.

No doubt, Addison makes a good sum of money from his profession as a football wide receiver. Since 2016, he has been professionally playing and has been associated with various teams. So, it becomes clear that he has preserved a huge fortune under his name. 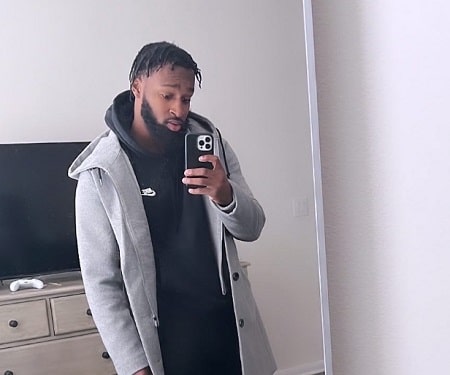 Like many other athletes, Addison also makes some profit from endorsement deals. And if he makes a single sponsored post on Instagram, then he has the potential to earn around $216 - $360 as of early 2022.