Patrik Laine is a professional ice hockey player from Finland who is playing in the National Hockey League(NHL). He wears the Number 29 Jersey and plays in the right-wing position for the Columbus Blue Jackets. In 2017, he was also included in the NHL All-Star Game. He was also named the Rookie of the Month in February of 2017.

Laine has also represented Finland in various international tournaments. In 2016, he won the gold medal with the Finland team in IIHF World Junior Championships. Also, the same year, he was a vital player in Finland's hockey team to secure the second position in the Ice Hockey World Championships.

In 2016, he was named the IIHF World Championship MVP and also included in the All-Star Team.

Who is Patrik Laine?

Patrik Laine was born on April 19, 1998, in Tampere, Finland. According to astrologers, his birth sign or zodiac is Aries.

His father's name is Harri Laine and his mother's name is Tuija Laine. His father recently died in 2021 and the cause of the death is still not revealed. But his dad had a great impact on his career. He was his greatest supporter and teach him to play hockey. In fact, his father was the one who suggested he change his position to play as a forward. And that has been his major reason for success as he has been able to establish himself as one of the top hockey wingers.

Previously, he used to play as a goaltender and was also good at it.

Patrik Laine started playing hockey in 2004 when he was just 4 years old. He joined the Finnish team named Ilves before moving to another ice hockey team Tappara.

Finally, in 2014, he made his professional debut in Liga. After having an impressive season at both the local level and international level, he was included in the 2016 NHL Entry Draft.

Winnipeg Jets picked him in the second pick overall in the 2016 NHL Entry Draft.

Read: Who is Borjan? His family, personal information and early life

How tall is Patrik? His height and weight

His weight is around 93 kg which is 206 in pounds. He has long yellow hair with a slightly grey beard.

According to the sources, the net worth of the Finnish right-winger is estimated to be $6 million approximately. He has been able to earn quite a good amount from playing professional ice hockey. 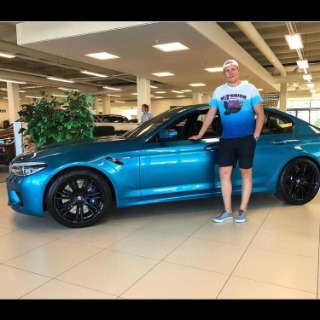 He is also fond of cars and luxuries items. He is living a luxurious lifestyle with his partner in Finland.

As per the sportrac, Patrick Laine his first entry-level contract with the Winnipeg Jets in 2016. The contract was worth $7.2 million for 3 years until 2018. That would make his annual average salary $24 million. He also got a signing bonus of $277,500.

Then he joined Columbus Blue Jackets in the 2019-20 season signing a 2-year contract that was worth $`13 million. Again in 2020, he extended the contract with them.

Along with the ice hockey salary, he has also been able to land a couple of sponsors.

One of his sponsors is the Audi brand that used to sponsor him during the 2018 season. He used to promote them on his Instagram. Once he showed the white Audi, that the brand gifted him.

His other sponsor is Gillette Fusion, an American brand that manufactures razors and cleaning products. It is not sure what is the exact monetary transactions exchanged between the business partners.

Who is Laine dating? Is he married?

According to sources, it is confirmed that Laine is in a committed relationship with his girlfriend Sanna Mari Kiukas. The couple has been together for more than 6 years in 2022. 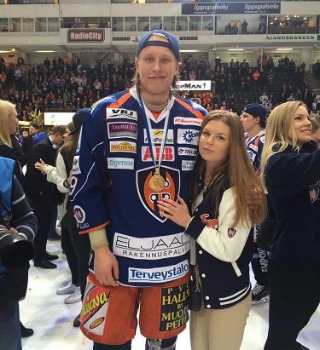 They started dating in the early 2010s and have been together since then. But it was in 2015, he made his relationship status public through his Instagram. Until then, it was just a rumor.

Since then, the pair has occurred with each other on different occasions.

As of now, the couple has not been married and has not disclosed any details about their future plans to the public.

Read: Who is T Henderson's secret girlfriend? Is he dating anyone?

Who is Patrik's girlfriend Sanna?

Sanna Kiukas is famous for being the girlfriend of her love Patrik Laine. She is also a former hockey player who used to play for Espoo Blues in the 2014 and 2015 seasons.

She has also represented Finland in international tournaments. But, as of now, she is currently retired. 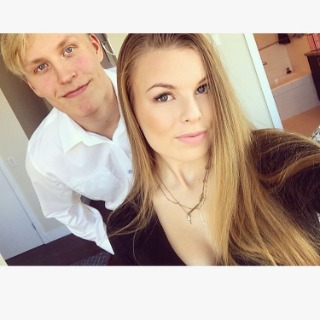 Patrik L is highly active on his Instagram. His Instagram username is @patriklaine and has more than 245,000 followers.

He frequently posts about his private life, games, training and time with friends on his Ig.