Jeff Darlington is a famous television reporter currently working for ESPN. Known for his appearance in Sports Center, Jeff Darlington is working for the show since September 2016. He has also covered the NFL and other sports and won two Associated Press Sports Editors awards for breaking news.

Jeff Darlington, reportedly earns around $85,000 dollars, as his yearly salary from the network. However, his net worth is yet to be reviewed. He is married and is the father of two children.

Jeff Darlington was born on November 10, 1981, in Elizabeth, New Jersey. He holds an American nationality. Further, his zodiac sign is Scorpio.

Jeff Darlington joined the University of Florida and acquired his degree Bachelor's degree in Journalism.

After completion of graduation in Journalism from the University of Florida, Darlington was hired by the Orlando Sentinel as a beat writer for Florida Gators sports in 2004. The following year, he moved to the Palm Beach Post to report on the Dolphins.

Darlington was Miami Dolphins beat reporter for the Miami Herald for 6 years. During this time, he also started to appear on several ESPN programs including First Take to discuss NFL headlines. 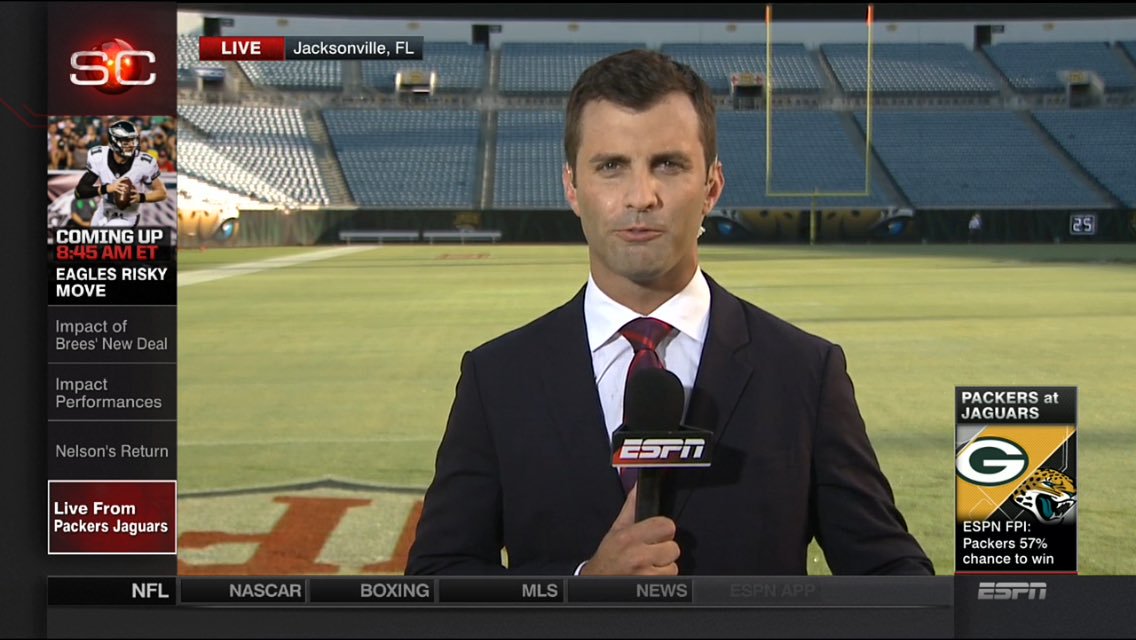 Further, Darlington was a national field reporter for the NFL Network for four years and covered many of the NFL’s biggest stories from stadiums and team facilities. He regularly appeared on the network’s Sunday morning preview show.

Darlington shifted to the TV role from NFL.com, where he was a national reporter in 2011, much of it following the playoff run of the Denver Broncos with quarterback Tim Tebow. In September 2016, he joined ESPN as a reporter for SportsCenter and multiple ESPN platforms.

There is less information regarding the personal life of Jeff Darlington. However, after going through his Instagram page, we found that Darlington is a married man and has a daughter and a son.

His first child, a son named William James Darlington was born early 2015 while the younger daughter named Kate was born in May 2017. He calls his children his best buddies and often hangs out with them.

They get it from their momma!

Darlington has shared many adorable photos with his children on Instagram. However, he has neither mentioned about his wife nor posted any photo of her on social sites.

Jeff Darlington Net worth and Salary

As of 2018, the reporter receives an annual salary of about $85,000 dollars from his successful reporting career with ESPN. He has also covered other sports including college football and NFL and must have earned a lot of fortune from his career. However, his exact net worth is yet to be reviewed.