Jennifer L. Royle a.k.a Jen Royle is a former American sports reporter and a writer who is notable for her stint at YES Network for the MLB New York Yankees baseball team (2003-2995). Later, she earned the spotlight as a chef and contestant on ABC's The Taste and Food Network's Beat Bobby Flay.

Mansfield, Massachusetts, United States native, Jen Royle was born on 3rd September 1974, under the star sign Virgo. She holds an American nationality and is of white ethnic background, The forty-six years old is the daughter of Francis K. "Frank" Royle (1945-2006) and Dianne (Borriello) Royle. She enrolled at Mansfield High School and joined Salve Regina University, graduating in 1996 with a Bachelor's degree.

As of 2021, Jen Royle's net worth is approximately $1 million. The Emmy-winning MLB reporter turned chef earned much from her broadcasting career. During her peak, she pulled a base salary of $100,000 per annum as a sports reporter for MLB's New York Yankees.

When she made the decision to focus exclusively on cooking, she started working at Mario Batali’s Babbo in the Seaport. She then launched a private cooking company. In January 2019, she launched a restaurant in Boston and then Table Mercato, which offers a wide variety of Italian items.

Jen's present relationship status is unknown but she has revealed her few past affairs in her interview. Her first relationship was of three years but she dumped her boyfriend after college when she got a job at a fashion trade show company. Later, she got into a new relationship but broke up after few months. 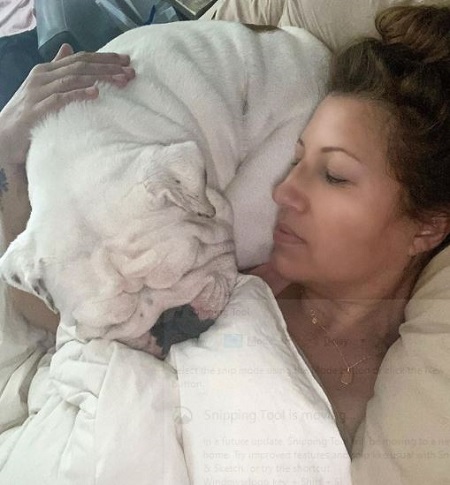 Since getting into the limelight, the chef has managed her personal life as secret as possible. It's not that she is not seen with a guy but she quoted the relationship only friendship. Other than that, she is mommy to bulldogs. Her IF is almost full with her pet's pictures.

Besides, her family member includes two brothers. In 2006, her father died due to complications of lung cancer

Jen's career started in a career in sports broadcasting after being hired by the YES Network as a clubhouse reporter in 2003. There she would be a regular broadcaster to the New York Yankees until 2006. After three years at YES, she switched to the MLB Advanced Media, covering New York Yankees clubhouse – regular season and postseason games. 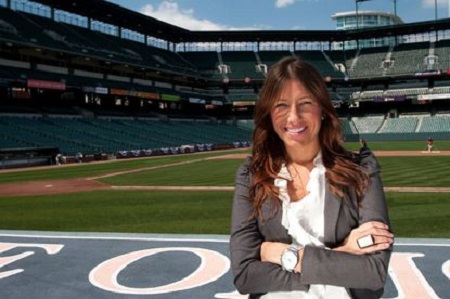 In May 2008, XM Satellite Radio signed her to report two New York City baseball teams such as the New York Yankees and the New York Mets. A year later, she moved to MASN, a Baltimore/Washington D.C.-based regional sports network for broadcasting the Baltimore Orioles and Washington Nationals. After that, she had a stint with CBS Radio as a beat reporter/radio co-host for the Baltimore Orioles and Baltimore Ravens. Before leaving the sports, she worked for the SB Nation as an MLB Columnist, radio station, WEEI-FM, and the Boston Herald.

Her decision from broadcasting chef shifted following her appeared in season 3 of the ABC cooking show The Taste.