Javier Mascherano is an Argentine professional footballer who plays as a defensive midfielder or center back for Hebei China Fortune F.C. and also for the national team of Argentina. He is nicknamed "El Jefecito" (The little chief) for his excellent ability to read the game and organize his team along with his tactical intelligence as a footballer.

Mascherano has played for some of the biggest clubs in football like Liverpool, West Ham United, and Barcelona. Mascherano has been involved in the national football team as well and has made 143 appearances for the Argentina national team.

His career start was at River Plate, the Primera Division Argentine club where he earned his first honors in 2003-2004. He moved to club Corinthians of Brazil in 2005 and he went on to win the Brazilian Serie A in his first season. He then shifted to European league and his fame started to rise with it.

Net Worth of Mascherano

Mascherano has been involved with major football clubs for years now. He is a footballer by profession and his earnings do come from his contracts with the clubs. In 2010 He signed a four-year deal with Barcelona for €24 million. It was later extended to July 2012. His contract was also updated in June of 2014 at the buyout of €100 million. 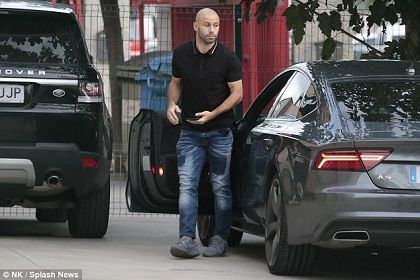 CAPTION: Javier Stepping Out of His Audi A7 SOURCE: dailymail

His contract to his recent new club Heibei China Fortune has not been disclosed but is expected to be earning £6m annually in wages.

Aside from his salaries, he also owns the various car models of the brand Audi. He was gifted Audi A7 Sportback by Audi and it is one of his well-known cars. Some of his other cars are Ferrari, Mercedes etc.

Keeping all of his fortunes into account, his net worth is estimated to be $40 million.

Mascherano joined Corinthians in mid-season but was out of action after only playing nine games. In September 2005, Mascherano suffered a stress fracture which put him out of action causing him to miss the end of the season. However, Corinthians were still able to claim the 2005 Serie A championship as they still had Captain Carlos Tevez that they could depend on.

2006 was not going in favor of Corinthians as they were not able to do well in the Serie and at one point were in the face of relegation. Mascherano's performance was gaining the attention of European clubs, but he remained with Corinthians to help with the relegation battle. He held off transfer until January of 2007 at the earliest. Mascherano joined West Ham United before the close of the transfer window along with teammate Carlos Tevez.

Mascherano was not able to feature much during his short time in West Ham United. Before Mascherano joined West Ham United, the club had won one game, drawn one and lost one.  Mascherano was only rarely featured in the team. Controversy surrounded his move to West Ham as there were issues regarding a third-party ownership of the player.

During the controversy that surrounded with his contract to West Ham United, Liverpool requested clearance from FIFA to take Mascherano from West Ham on a loan which would eventually come through.

Mascherano's move to Liverpool became official on 20 February 2007 after the premier league accepted Liverpool's request to register the player. His teammates were impressed by the talent that he held, with Xabi Alonso stating, "He has a cool mind on the pitch. He is analyzing and thinking about the game in each moment."

In his first season with the team, he helped to bring the team to the finals of UEFA champions league. During his time in Liverpool, he would contribute a lot to the team. Though he was young, he had talent and his addition to the team was well received by the fans of the club as well. On February 29, 2008, Mascherano signed a four-year permanent contract with Liverpool. 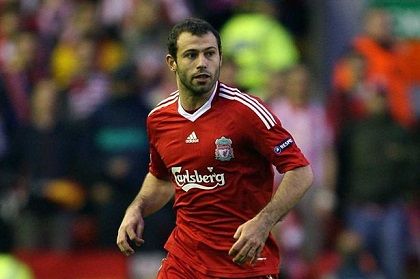 In his time at Liverpool, he was able to establish himself as one of the best players to join the club. White Stripes' song Seven Nation Army was given as his own song by the fans of the club which shows the fans adoration for him.

On August 27, 2010, Liverpool announced the transfer of Mascherano to Barcelona with the transfer fee of £17.25 million.

On his transfer to Barcelona, Mascherano signed a four-year deal with Barcelona for €24 million.  Mascherano spent the first half of the season coming off the bench, but for the latter half, he started to play in out of position in a center-back role.

During the finals of the 2011 Champions League against Manchester United, Mascherano started alongside Gerard Pique. Barcelona won the game 3-1 and Mascherano dedicated the win to Liverpool fans some of whom were upset due to his move. 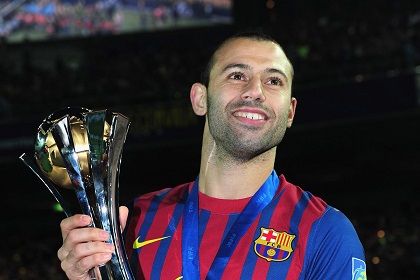 Mascherano signed a new contract with Barcelona on 27 July 2016 which would keep him at the club until 2019 but on January 23, 2018, Barcelona announced that Mascherano would leave after seven and a half seasons.

Heibei China Fortune of Chinese Super League announced the signing of Mascherano on 24 January 2018. He has been playing for the club starting from the start of this year. He has so far appeared in 10 matches with the club.

Mascherano is married to Fernanda Moreno with whom he had been in a relationship for a long time. The couple wedded in the year 2008 and have remained together until now.

The couple together shares three children including two daughters; Lola and Alma and a son Bruno. He is a happily married man who has three children who bring happiness in his day to day life.