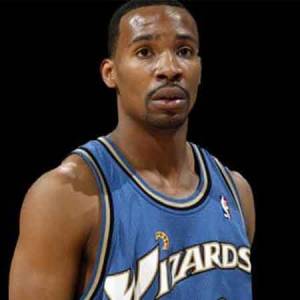 Javaris Cortez Crittenton a.k.a. Javaris Crittenton is an American former professional basketball point guard who was drafted in 2007 NBL draft by Los Angeles Lakers. Throughout his career, Crittenton has played for various clubs including Memphis Grizzlies, Washington Wizards, Zhejiang Lions, and Dakota Wizards.

In 2015, Crittenton was sentenced to 23 years in prison after he pleaded guilty to manslaughter. As of 2018, his net worth is reported to be $10 thousand.

Atlanta, Georgia native Javaris Crittenton was born on 31st December 1987, to James Crittenton Jr. and Sonya Dixon. His birth name is Javaris Cortez Crittenton and birth sign is Capricorn. Talking about his nationality, he holds an American citizenship card and belongs to Afro-American ethnicity.

Upon graduation, Crittenton enrolled at Georgia Tech University, where played a single season and left his collegiate career to go pro.

In the 2007 NBA Draft, Javaris Crittenton was picked 19th in the first round by the Los Angeles Lakers. He had 18 points along with one assist in a 111–110 loss during the Lakers' first preseason game against the Golden State Warriors in Honolulu.

On 1st February 2008, Crittenton was purchased by the Memphis Grizzlies along with Aaron McKie and Kwame Brown, rights to Pau Gasol and Marc Gasol. There, he had a career-high of 23 points in a 130–114 win over the New York Knicks.

Crittenton was traded to Washington Wizards as a part of a three-team trade along with Mike James from the New Orleans Hornets. However, in December 2009, he along with his teammate Gilbert Arenas were involved in a locker room confrontation involving guns.

Following the incident, he pleaded guilty and was given a year of probation on a misdemeanor gun possession charge on 25th January 2010. Later two days, he and his fellow were suspended for the rest of the season by NBA commissioner David Stern.

As a matter of fact, Crittenton had not played a single game after he was suspended. Following the suspension, he was released by the club while Arenas rejoin the club.

On 22nd September 2010, Crittenton was signed by the Charlotte Bobcats on a non-guaranteed contract. On 15th October, the club released him.

In December 2010, Crittenton joined Zhejiang Guangsha Lions of the Chinese Basketball Association. For the club, he played five games and averaged 25.8 points per game. After a few weeks, he returned to his native country.

Upon his arrival in the United States, Crittenton joined the Dakota Wizards of the NBA D-League. There he made 21 game appearances, including five starts.

Currently, Crittenton is existing his 23-years sentence in prison for Atlanta shooting death. Well, he was charged with the murder of a 22-year-old mother of four, Jullian Jones on 26th August 2011. According to the Atlanta Police Department, the victim was not the intended target: they consider that Crittenton was targeting a person who robbed him in April 2011.

Following his arrest, Crittenton was released on a $230,000 bond. Later, Crittenton and his cousin Douglas Gamble were officially prosecuted on 2nd April 2013 in connection with Jones’ death including charges of murder, felony murder, intensified assault with a deadly weapon, possession of a weapon during the commission of a felony, giving wrong reports, attempted murder, and participation in illegal street gang activity.

On 10th January 2014, Crittenton was under arrest along with 13 other persons who were accused of selling multi-kilo quantities of cocaine and marijuana. Moreover, he was accused of two counts of conspiracy to violate the Georgia Controlled Substance Act.

Shortly prior to his trial was set to begin, Crittenton pleaded guilty to voluntary manslaughter with a weapon and aggravated assault with a firearm On 29th April 2015. Hence. he was sentenced to 23 years in prison.

Besides, there is no information about his personal life. He might be possibly single and unmarried.

Javaris Crittenton Net Worth and Salary

Crittenton has earned his wealth widely through his basketball career. His earnings from his club career are listed below on the table.

As of 2018, Crittenton net worth is reported to be around $10 thousand.