Jason Verrett is an American professional football player who plays in the National Football League (NFL). As of 2019, Jason Verrett currently plays for the Los Angeles Chargers as their cornerback. Jason Verrett has played for other teams like San Diego Chargers.

Verrett earns around $1,972,251 as his yearly salary from the Los Angeles Chargers. Further, Jason Verrett has an estimated net worth of over $10 million.

As of 2019, Jason Verrett has an estimated net worth of over $10 million. He reportedly signed a four-year contract worth $7,889,002 contract with San Diego Chargers and was taken on a 5th-year option by Los Angels Chargers.

Jason Verrett has not married till date but is reported to be dating his girlfriend Mckayla Roary. The couple is in a relationship for a long time since they first met in their high school days. 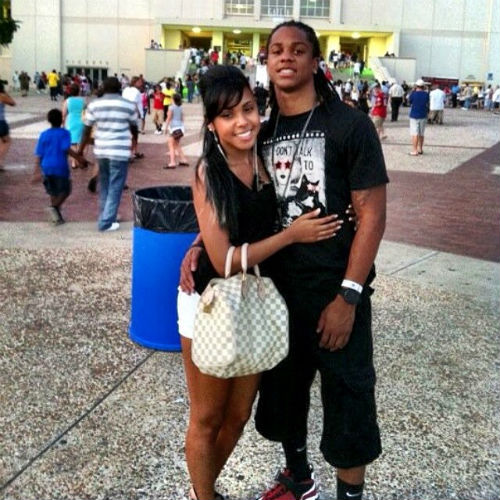 So far there is no news claiming that Jason is married but it can be said that they are going to get married soon because he has been in a relationship for very long.

Currently, Jason's girlfriend Roary is living in San Diego and she is originally from San Francisco. Mckayla is a former Miss West San Diego in 2013 and she does part-time modeling as her career.

Moreover, he stands a height of 5 feet 10 inches and weighs around 85 kilograms along with a charming personality.

Jason Verrett was born on June 18, 1991, in Fairfield, California, the United States to parents Warren Verrett and Cynthia Verrett. As per his nationality, he is American and belongs to Mixed ethnic group and his star sign is Gemini.

In addition to this, he has a very much caring, loving, and supportive family.

Jason started his NHL career after being drafted in the 2015 NFL Draft by the Chargers and was ranked the 3rd best cornerback by Sports Illustrated's NFL analyst Bucky Brooks and 5th rank by the other NFL analyst Mike Mayock.

The Feeling when you know you gone bounce back harder than Ever!!!!!! I'm Coming back strong they better be READY.....BoltGang?? #GodsTiming???? #Feeva

During 2015 season, he intercepted a pass by Derek Carr while just 1 minute minutes remaining in the game. Verrett is in his NFL career since 2014 and is still playing and in 2018, he was taken as a 5th option by Los Angeles Chargers.