Jason Smith is an American professional basketball player who plays in the National Basketball Association (NBA). As of 2018, Jason Smith currently plays for the Washington Wizards as their power forward / Center. Jason Smith has also played for other teams in past.

As a power forward / Center, Jason Smith reportedly earns around $5,450,000 as his yearly salary from Washington Wizard. Further, Jason Smith has an estimated net worth of over $20 million.

Jason Victor Smith was born on March 2, 1986, in Greeley, Colorado, the United States to father Jack Smith and mother Roberta Smith. As per his nationality, he is American and belongs to a white ethnic group. Further, his star sign is Pisces.

Smith attended Platte Valley High School in Kersey, Colorado where he played for his high school basketball team and also became a two-time state player of the year.

Jason Smith was selected by Miami Heat with the 20th overall pick in the 2007 NBA draft but was traded to the Philadelphia 76ers on the same night.

Later on, July 14, 2015, Smith made a one-year agreement with Orlando Magic where he set the season-high 25 points and 13 rebounds in a 116-110 win over Denver Nuggets. while the players like Evan Fournier, Aaron Gordon, Victor Oladipo also scored winning points. 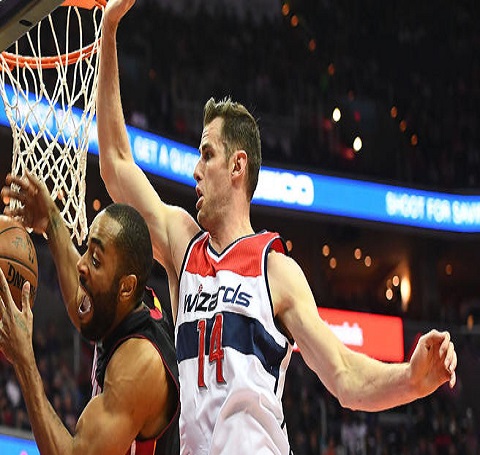 As of 2018, Jason Smith has an estimated net worth of over $20 million. He reportedly signed with Washington Wizards and has an average salary of $5,450,000 annually. He is the 7th best-paid players in a team while players like Otto Porter, Bradley Beal, John Wall are top paid players.

Kept aside Smith financial earnings, his personal assets include a costly mansion and an expensive car. Further, the NBA Player also earns a good amount of money from various sponsorships.

According to the information available on media, Jason Victor Smith reportedly doesn't have any siblings.

He is a father of two children, Ella, and carter. The mother of the children is Kristy Smith. The couple tied a knot on July 2013.

Just another successful Halloween in the books. Ella was Sky from Paw Patrol and Carter was Marshall from Paw Patrol. We took a nice stroll around the neighborhood in Arlington and saw some great houses this year. The weather was perfect for some trick or treating. Happy Halloween ?? to everyone. Stay safe! #Halloween2018 #PawPatrol #Sky #Marshall #IAintAfraidOfNoGhost

He is a loyal husband and a responsible father. There is no any information regarding his external affairs with anyone.

Other than being a famous NBA player, Jason Smith has also gain pretty fame in social media. He has followers of 27.6K on Instagram and 11.1K on his official Twitter account.

Jason is not only a world-class athlete but also has a very attractive individual. The Famous NBA star measure 7 ft 0 in / 2.13 m in height and weighs around 240 lbs / 109 kg.