Jason Kubler is an Australian tennis player by profession and currently competes in different competitions including Grand Slam. He is often famous for his powerful build and heavy-hitting playing style. In 2019, he won the Winnipeg CH and also Vancouver CH in 2018.

Jason is often described as the right-handed version of Rafael Nadal. He is also the winner of the 2009 Optus 18s Australian Championship. That year, he went undefeated through the World Youth Team and Junior Davis Cup becoming the second player to do so after Rafael Nadal.

Jason Murray Kubler, famously known by the name Jason Kubler was born on May 19, 1993, in Brisbane, Australia. According to astrologers, his birth sign is Taurus. 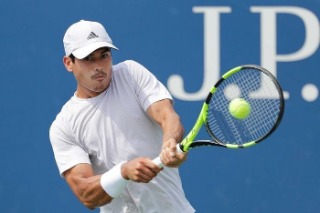 He was born to his mother Lyn Kubler and his father John Kubler. As per sources, his father was an Australian while his mother is from the Philippines. So, he is of mixed ethnicity.

He was taught by his father to play tennis from an early age. He grew up along with his 2 siblings, a younger sister and his older brother.

Read: Who is Tallon Griekspoor? (Bio and Family)

Jason's height and weight: How tall is he?

His weight is around 74 kg.

The net worth of Jason Kubler is estimated to be $300,000 approximately. It includes all his assets, properties, houses, cars, etc. His main source of income is from playing tennis and winning competitions. Along with winning, he also gets a hefty amount. As per sources, he has won $600,000 as prize money till now.

Besides, he also earns from sponsorships deals and bonuses.

As per sources, Jason Kubler is currently dating his beautiful girlfriend Maddison Inglis. The couple has been together for nearly a year as of 2022.

However, Jason is a quiet person who has never shared about his girlfriend on his social media. But, it is rarely a chance that the relationship status of such top players goes unnoticed. 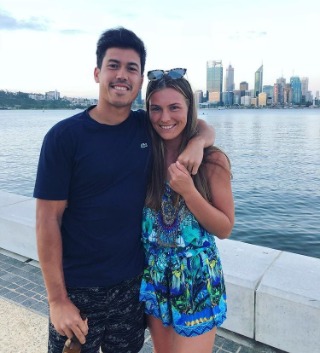 Maddison is also an Australian tennis player who has won two doubles titles and 5 singles titles. She was born on January 14, 1998.

As of 2022, she is currently ranked as Number 127 of the world in singles. However, she reached number 112 in March of 2020 which is her highest ranking ever.

Jason Kubler is an active Instagram user and has a fan following of more than 2,000 followers. His Insta id is @jasonkubler.