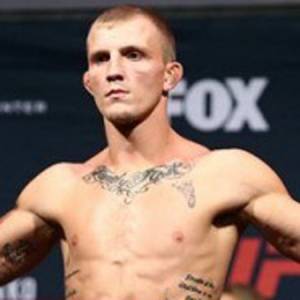 Jason Knight is an American mixed martial artist who has found success in his career and is currently competing in the featherweight division of the Ultimate Fighting Championship. Fighting since the age of 14, Knight has the record of 20 wins and 5 losses.

Knight is also popular for his nickname 'The Kid'. He has faced three consecutive loss in recent fights and his new fight is expected to be against Jordan Rinaldi which is to be held at UFC 230 on November 3, 2018.

Jason Knight had begun fighting at the young age of 14 but it was only in 2009 at the age of 17 when he turned professional. He had compiled a record of 16 wins and 1 loss before being signed by the UFC.

On December 11, 2015, at the Ultimate Fighter 22 Finale, Knight made his promotional debut facing Tatsuya Kawajiri. He was unable to come out as the victor in the fight losing the fight via a unanimous decision. His second fight in UFC was against Jim Alers which was on July 23, 2016, at UFC on Fox 20. He defeated Alers via a split decision grabbing himself his first UFC win. He also won the Fight of the Night bonus for the match.

Jason Knight and Dan hooker faced each other at UFC Fight Night 101 on July 23, 2016. Knight came out on top of the fight winning via a unanimous decision. On his next fight, he faced Alex Caceres on January 28, 2017, at UFC on Fox 23. He won the fight in the second round via a submission and was able to claim his first performance of the night bonus as well.

Knight earned his second consecutive Performance of the Night bonus award after defeating Chas Skelly on May 13, 2017, at UFC 211. The fight continued to the third round where he was able to win the fight with a TKO. On the next fight, he was pitted against Ricardo Lamas at UFC 214. He lost to Lamas in the first round with a TKO. His next fight with Gabriel Benitez on December 9, 2017, also followed a similar story where he lost the match via unanimous decision.

Jason Knight's losing streak continued as he lost another fight against Makwan Amirkhani on May 27, 2018, at UFC Fight Night 130. He lost the fight via split decision. He is expected to face Jordan Rinaldi on November 3, 2018, at UFC 230.

Jason Knight is a married man. His wife is Paris Knight who is often seen on his Instagram pictures. The married couple has two children of their relationship, a son and a daughter.

He has been together with his wife for a long time but there is no additional information as to when the couple tied their marital knot.

Net Worth of Jason Knight

Jason Knight has had a successful career as a mixed martial artist. He has lost fights before but has also won various. He has been able to earn himself a fortune from his fights. His career earning has been disclosed to be $224,000.

His net worth is under review at the moment as we are trying to find more about his financial standings which include his financial assets and investments.