Ciryl Gane, famous by the ring name Bon Gamin is a French professional MMA fighter currently signed to the Ultimate Fighting Championship (UFC) under the heavyweight division. Before UFC, he competed at TKO MMA. As of 2019, he is ranked #44 in the Current Best MMA Heavyweight Fighter.

The twenty-nine years old fighter is a native of Paris, France, born on 6th May 1990. His star sign is Taurus. Further, he holds French nationality and has a mixed ethnicity.

Ciryl Gane is fresher in the MMA industry and has fought a few professional bouts. As of 2019, his net worth is under review.

The Frenchman has maintained his personal life as secret as possible. There is no story to be displayed regarding his hookups, girlfriend or break-up. Seems like Gane prefers his private life behind the social attention and is possibly single. 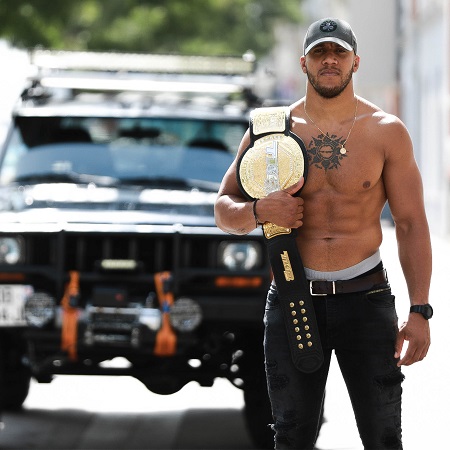 On 2nd August 2018, he made his MMA career debut at TKO MMA - TKO Fight Night 1 where he defeated Bobby Sullivan via submission. He next faced, Adam Dyczka at TKO 44 - Hunter vs. Barriault. He won the fight via TKO Punches. On 24th May 2019, he defeated Roggers Souza at TKO 48 - Sousa vs. Gane.

In those three MMA bouts, Gane has really showcased his stand-up and was the top heavyweight prospect. Soon he was signed by the UFC, in April 2019.

On 10th August 2019, he made his UfC debut against fellow newcomer Raphael Pessoa at UFC Fight Night 156 - Shevchenko vs. Carmouche 2. He marked his victory in round one via submission. Further, he is scheduled to face Dontale Mayes at UFC on ESPN+ 20 on 26th October 2019.