Professional MMA since 2007, Jared Gordon is currently signed to the Lightweight division of the Ultimate Fighting Championship (UFC). Earlier, he mostly competed at CFFC and Duelo De Gigantes. To date, he has compiled a record of 15-3-0 (win-loss-draw).

Queens, New York native, Jared Gordon, was born on September 6, 1988, under the star sign Virgo. The 5 ft 9 in tall hunk holds an American nationality and belongs to the white ethnic background.

Nicknamed as Flash, Jared has not been scheduled to the UFC's major PPV events due to which he has average pay from the organization. Tied up with UFC, Gordon's main source of income is the fighting events, as well as collect some through sponsorships and endorsement. 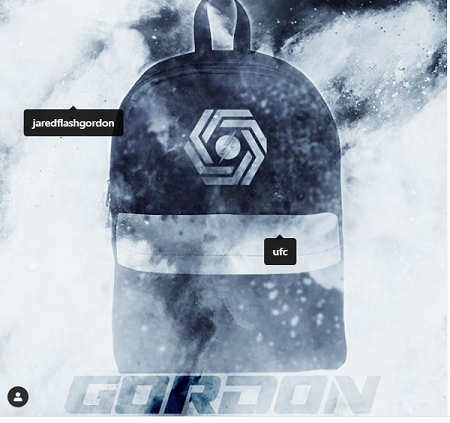 Besides, he often promotes his website on his Instagram called jaredflash where 10% of all product sales go to a child sexual abuse organization and a drug addiction organization.

Jared Gordon, 31, is currently engaged to Christina Gambino, a gymnast. The couple announced their engagement via Instagram post, captioning, "Had an amazing engagement party with my soon to be wife @christinagambino72 this past weekend." 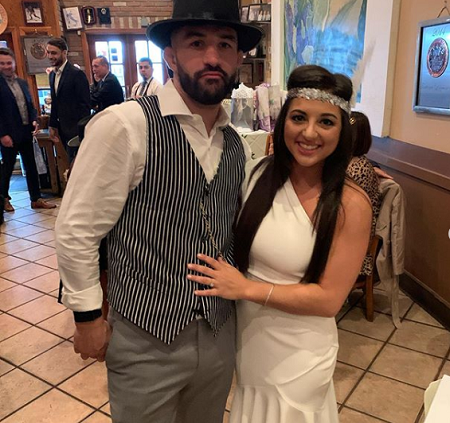 His soon to be wifey, Gambino, is a native of New York, born in 1988, who grew up with her two sisters, a brother, a mother, and a father. Now, she is focused on competing on American Ninja Warrior, which she started in 2016. She states, "I don't have any plans on retiring from this ridiculous obstacle challenge TV show. It is perfect for me."

At the age of 19, Gordon got addicted to the painkiller, which was given him to manage his pain from an injury. By 21, he became addicted to heroin, and two years later, he was homeless as well as panhandling in streets to finance his addiction.

He overdosed three times and has been to rehab ten times. Other than that, he had near-death situations.

The last time he overdosed in 2015 which left him legally dead for two minutes. At the time, he got addicted to pain medication following the fight against Jeff Lentz ended with Gordon Orbital Fracture in five places. At some point, he got into rehab and became sober soon after; he returned to fighting.

Now, the fighter is a recovered drug addict and consider himself a grateful and extremely lucky and blessed to be where he is.

He grew up in Roslyn, New York, with a comfortable lifestyle alongside his two brothers. His father, Robin Gordon, is a businessman and co-owner of The Long Island General Supply Company. But as the world changed in 2001, so did Gordon’s fortunes (store) by dangerous fire, which nearly destroyed Gordon's family. The incident is also known as one of the deadliest fires in New York City history.

They lost millions of dollars. Every dollar which his father saved had to put back into the business. Eventually, t Robin Gordon would receive $12 million from the heater company and $2 million from the store’s insurance, and re-established store.

Before signing to UFC, Jared Gordon competed at CFFC and Duelo De Gigantes. On June 25, 2017, he made his UFC debut against Michel Quiñones at UFC Fight Night: Chiesa vs. Lee. He won the fight via TKO punches. Further, he defeated Hacran Dias at UFC Fight Night: Brunson vs. Machida.

Nevertheless, he lost the next two fights against Carlos Diego Ferreira and Joaquim Silva.
On June 29, 2019, he faced Dan Moret at UFC on ESPN: Ngannou vs. dos Santos and defeated him.