Janner Corozo is a well-known football player from Ecuador who is playing as a winger for Chilean club Everton on loan from Pachuca and the Ecuador national team. Since 2014, Corozo has been playing football professionally and has received a chance to play with multiple teams.

More to this, Corozo has also played for the national football team of Ecuador. On October 27, 2021, Corozo played a game against Mexico at Bank of America Stadium, Charlotte, United States, and in the match, his first international goal was made.

Details On His Salary & Net Worth

Janner Corozo makes decent money from his profession as a footballer. As we know, he is currently playing on loan with Everton. It is reported that he received a transfer fee worth €670Th. So, Corozo may be taking a considerable salary. Being one of the professional footballers, Corozo's net worth may be a million dollars. According to Transfermrkt, Corozo has a current market value of €800Th while the highest value was €1.20m on December 30, 2019.

Apart from that, Corozo also receives some profit from sponsorship and endorsement deals. Corozo may have worked with some brands that might have increased his bank balance.

Is Janner Corozo Married or Single?

Janner Corozo is a private guy who has maintained a distance from the media. So, we are unknown whether the professional footballer is single or married. Also, there are no records of Corozo being involved in a romantic affair. 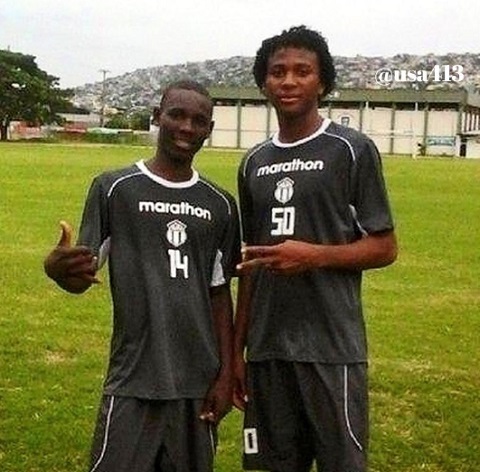 Till now, Corozo has not opened up about him having a wife or a girlfriend. He uses Instagram under the username @jcorozo13 but has kept it private. Due to this, we can't explore his ongoing lifestyle. At this time, Corozo appears to be focusing on his career.

More On His Professional Football Career

In 2014, Corozo joined the youth team of Macara, and later, he was loaned to Atlas. Furthermore, Corozo also played professionally with Carlos Borbor Reyes and LDU Guayaquil. From 2014 to 2016, Corozo played in 52 games with Macara and also scored seven goals.

He also played on loan with El Nacional. Later, he came back to Independiente del Valle. And in 2019, he again played with Macara. In 69 games, he played with Delfin and also scored 16 goals for the team.

Coming into his international career, Corozo received the first call from the team on October 23, 2021, to play a friendly game against Mexico. Just after four days, Corozo made his full debut for the senior team.

Born on September 8, 1995, Janner Hitcler Corozo Alman grew up in Guayaquil, Ecuador. It is unknown whether his parents raised him with his siblings or not. Currently, Corozo has kept his personal details away from us. So, we are unknown about his father and mother too.

Regarding his body measurement, the Ecuadorian footballer, Corozo, stands at the height of 5 feet 9 inches (1.75 m). Meanwhile, his weight is 64 kg.