Besides, the professional footballer also plays for the national team, and he has also represented the Ecuadorian teams in various national and international games. Gaibor's debut for the senior squad came on November 15, 2013, after playing in the second half of a match against Argentina. Not to mention, Gaibor is also the winner of the Serie A: Best Young Player Award in 2011.

Gaibor's Salary and Net Worth

The professional football player who makes a good amount of money. Gaibor has been playing for C.S.D. Independiente del Valle since 2021, with whom he came on a loan. The club has not disclosed anything about his contract with Gaibor, but it can be said that he might be taking a decent salary.

According to Transfermrkt, Gaibor's market value is €800Th, but this is not his highest value as his market value was €2.50m on December 18, 2018. As we know, Gaibor is a professional footballer who has played for multiple teams. On January 25, 2018, Gaibor left the CS Emelec team and joined Independiente with a transfer fee of €3.40m. During that time, his market value was €1.60m.

After that, Gaibor went to play for Al-Wasl on loan, and he received a transfer fee worth €620Th. Apart from that, Gaibor has also represented the national team, and in Ecuador, a football player has an average salary of $16.897 or an equivalent hourly rate of $8. Also, they can earn an average bonus of $426. So, being a national footballer, Gaibor may earn a good amount of money as he has appeared in various games.

Moving into his married life, Gaibor is a married man, and he lives together with his loving wife named, Melissa. They have been supporting each other for a decade. It is unknown when they began dating and married, but the pair celebrated their ninth anniversary on July 7, 2021.

From this, it can be said that Gaibor and Melissa are doing good in their life, and their bond is still growing strongly. Besides that, the lovebirds have also started their own family, and they are blessed with two kids, a son and a daughter. 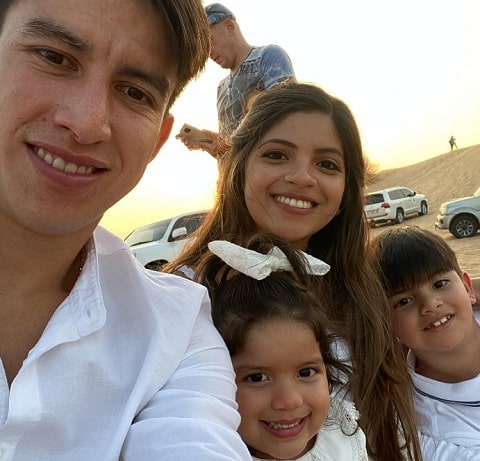 Gaibor often spends time with his wife and children. The family of four lives happily, and they often go to various places. Also, Gaibor posts images with them on his social media accounts. His wife, Melissa, is also active on Instagram, registered as @mbulloaf, but Melissa has kept her account private, which makes it difficult to know about her current lifestyle.

As said earlier, Gaibor began playing football after joining Emelec's youth system in 2004. With the Emelec team, he appeared in various games. Furthermore, Gaibor made his debut for the club on February 28 in a match against L.D.U. Quito. And on November 27, Gaibor scored his first career goals for Emelec against Universidad Catolica and in the game, he scored two goals.

Meanwhile, Gaibor was also part of the team that participated in the 2010 Ecuadorian Serie A. He played against L.D.U. Quito is in the final of the tournament. By the end of the Ecuadorian Serie A in 2011, Gaibor was given the Best Young Player award for the season due to his impressive performances.

In the same way, Gaibor appeared in various games with the team and played with them until 2018. From 2007 to 2018, he made 230 game appearances and scored 31 goals. After that, Gaibor joined Independiente. Later, he was loaned to Al-Wasl for the 2019-20 season, with whom he played in 12 games, scoring three goals. Fernando Gaibor in one of his professional games SOURCE: Instagram @fergaibor

After finishing the loan, Gaibor joined another team, Guayaquil City on loan. After making four game appearances for them, he came to Independiente DV on July 6, 2021. Moving into his international career, Gaibor represented the Ecuadorian teams in some games and also played for the youth team. He was also called up to play games versus Argentina and Honduras.

And on November 15, 2013, Gaibor made his debut for the senior team by playing against Argentina after coming as a second-half substitute for Christian Noboa. He also scored a goal against Trinidad and Tobago on June 26, 2017, and the friendly game was organized at Estadio George Capwell, Guayaquil, Ecuador.

Furthermore, Gaibor holds Ecuadorian nationality and his height measurement is 5 feet 10 inches (1.78 m). Besides that, Gaibor is very private about his personal life, and he has not talked anything about his family background too. 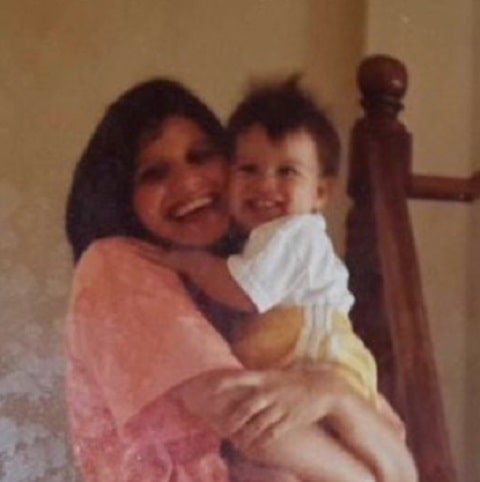 Fernando Gaibor with his mother when he was young SOURCE: Instagram @fergaibor

So, none of the media outlets has discussed his parents. It is believed that Gaibor lives a low-key life with his father and mother. He has shared some snaps with them on his Instagram account.

We can find Gaibor on social media. He is primarily active on Instagram, where we can follow Gaibor under the username @fergaibor. From his Instagram handle, Gaibor gives his fans updates on his personal and professional games & events.