JaMychal Green is an American professional basketball player who plays in the National Basketball Association (NBA). As of 2018, JaMychal Green currently plays for the Memphis Grizzlies as their power forward. JaMychal Green has also played for other teams in past.

As a power forward, JaMychal Green reportedly earns around $7,666,667 as his yearly salary from Memphis Grizzlies. Further, the NBA player has an estimated net worth of over $11 million.

JaMychal Green was born on June 21, 1990, in Montgomery, Alabama to father Alonzo Green and mother Rita Green. As per his nationality, he is American and belongs to African-American ethnic group. Further, his star sign is Cancer. He grew up along with his sister, Kemeche L. Green.

On October 22, 2012, JaMychal Green signed with the San Antonio Spurs but waived the team few days before joining with Austin Toros of the NBA Development League on November 1. He was also assigned by the Los Angeles Clippers on September 30, 2013, and Chorale Roanne on October 31 for the 2013- 2014 season.

On August 6, 2014, San Antonio Spurs signed Green again for the 2014 NBA Summer League. Later he was acquired by the Austin Spurs on November 1. 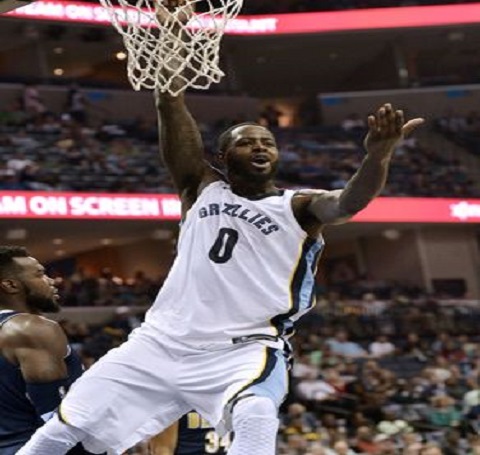 Green was also traded twice to Memphis Grizzlies signing a 10-day contract and then a multi-year contract on March 2. He scored then a career-high 29 points in a 107–99 win over the Minnesota Timberwolves when players like Andrew Wiggins, Gorgui Dieng, Karl-Anthony Towns, and many others were in opposing the team.

At the end of the 2016-2017 season, he signed an additional two-year contract worth $17 million with Grizzlies.

As of 2018, the NBA player has an estimated net worth of over $11 million. He reportedly signed a contract with Memphis Grizzlies and has an average salary of $7,666,667 annually.

Green is the 6th best-paid player of the Memphis Grizzlies this year. Mike Conley, Marc Gasol, and Chandler Parsons are the top paid among the squad.

Kept aside Green's financial earnings, his personal assets includes a luxurious house and a car. Further, the NBA Player also earns a good amount of money from various sponsorships.

JaMychal Green is a father to a daughter, Jada. The name of a child's mother is still not disclosed.

Reportedly he is not engaged in external affairs and more focused on his work. Both JaMychal's father and daughter birthdate are on the same date.

Other than being a famous NBA Basketball player, He is also active on social media with followers of 18.1K on Instagram and 14.8K on Twitter.

JaMychal Green is not only a world-class athlete but also has a very attractive individual. The Famous NBA star measures 6 ft 9 in / 2.06 m in height and weighs around 227 lb / 103 kg.