Jalen Mayfield is an American football offensive guard for the Atlanta Falcons of the National Football League. He is considered among some of the best pass rushers in college football, particularly Chase Young and Yetur Gross-Matos.

Mayfield was born in Grand Rapids, Michigan on May 23, 2000. His father, Brian was a former left tackle at Ferris State.

The Grand Rapids native was a four-year starter at offensive tackle and defensive end for the Catholic Central High School football team. As a senior, he recorded 96 tackles, 31 for loss, 17 sacks, and 3 fumble recoveries and played in the US Army All American Bowl. 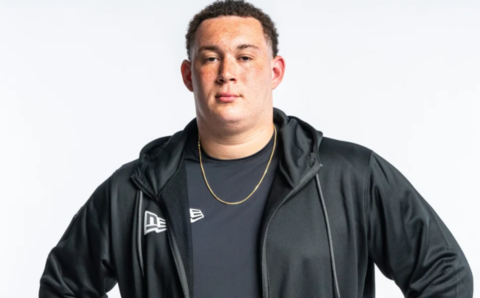 Jalen Mayfield was selected by the Atlanta Falcons in the second round of the 2021 NFL Draft. SOURCE: Todd Rosenburg AP

He initially committed to play college football for the Minnesota Golden Gophers but later chose to be with the Michigan Wolverines. As a freshman, he played in three games with the Wolverines. The next year, he was their starting right tackle in all 13 (appearing in 18) of Michigan's game and was named All-Big Ten Conference.

On April 29, 2021, the Atlanta Falcons selected Jalen Mayfield in the third round of the NFL Draft with no 68 overall picks. Before the draft, he was viewed as a raw prospect having only played 1000 snaps at right tackle during his three seasons at Michigan.

He was one of the three players from Michigan to get drafted on day 2 of the NFL draft - with Nico Collins and Ambry Thomas. His fellow Wolverines player, Kwity Paye was a first-round selection by the Indianapolis Colts with no 21 overall picks.

While Mayfield does not come with the contract reserved for the first-round players, his third-round selection is still set to land him some lucrative salaries. 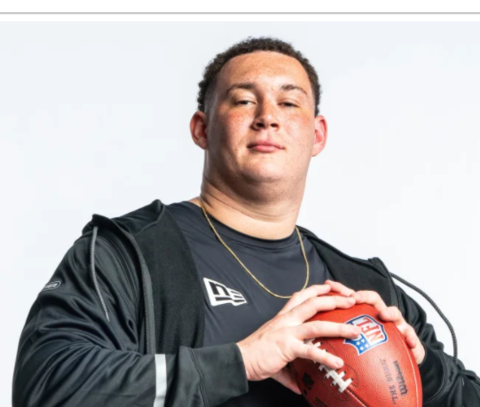 Analysts predict third-round pick salaries range from $900,000 to $1.5million with their 4 years contract worth $3million - $4million. If not anything else, Mayfield's, as of current, could very well be the owner of a fortune worth around $1million assuming his guaranteed signing bonus.

Much to his fans' surprise, on January 10, 2021, the former Wolverines offensive guard introduced a never-before-seen girl on his Insta handle. However, the thing that intrigued his followers was the pose in which he was pictured with this unidentified girl who otherwise goes by an Instagram name, Tamar Prince. 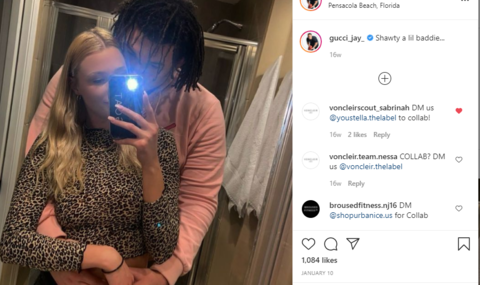 Mayfield can be seen snuggling this very young blonde woman from behind while she snaps herself and the footballer in front of a mirror. While, the 6-foot-5 rookie didn't label the imaging, Prince, on the other hand, has shown that things are pretty serious with Mayfield. 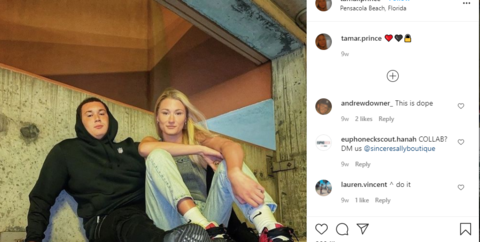 Their relationship seems quite young, considering that the footballer first appeared on Prince's moblog on March 2, 2021 - the latter captioned his introduction with a red heart sticker.