Kwity Paye is an American football defensive end who finished his collegiate career playing for the Michigan Wolverines. Kwity Paye is an exciting prospect who is ranked #2 in the top 5 prospects at the defensive end position. Further, he is the possible round 4th pick of the New York Giants.

Guinea native Kwity Paye was born on 19th November 1998, under the star sign Scorpio. He holds an American nationality and is of Afro-American ethnicity. Regarding his physique, he stands 6 ft 4 in (1.93 m) and weighs 272 lb (123 kg).

Kwity Paye is enrolled at Bishop Hendricken High School where he won the Gatorade Football Player of the Year for Rhode Island as a senior. Originally, committed to play college football at Boston College. Later, he switched to the University of Michigan to play football.

Paye finished true freshman at Michigan playing nine games recording five tackles and one sack. The following year, he started four of 13 games and recorded 29 tackles with two sacks. In his junior season, he started 11 of 12 games, recording 50 tackles and 6.5 sacks. He did not forgo his senior year for the 2021 NFL Draft.

Who is Kwity Paye's Girlfriend?

When it comes to his personal life, Kwity Paye is a quite confidential person. There is less to no information about his love life in the media. Active on Instagram with 21.6k followers, almost all posts on IG are from football.  Information about his affair or girlfriend is the subject of curiosity.

Seems like the hunk is much focused on his career rather than involving in a romantic relationship. As of now, he is single.

With two young children in an increasingly desperate situation, Agnes immigrated to the United States to give a better life to her children. On the other hand, his father, Leroy George, was not able to come to the U.S., but they remain in contact. 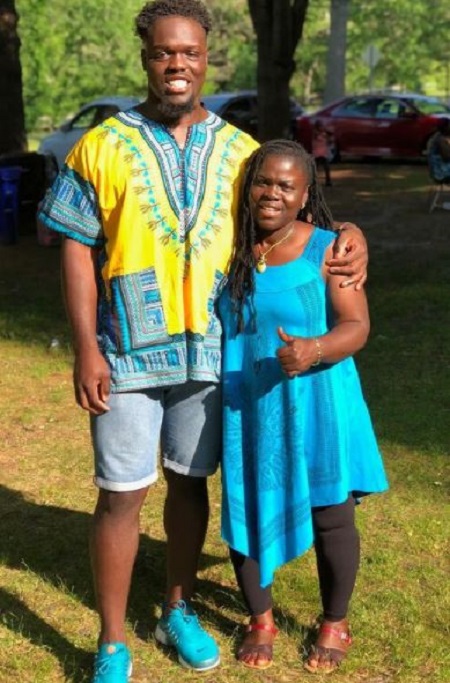 The story of Paye’s family is a testament to the immigrant ethos — work hard, and your dreams can come true. His eldest brother, Komotay Koffie, is a cornerback at New Mexico State. Further, he has two younger brothers.

In his first IG post, he features his mother and captioned it "Been a mommas boy since day 1"