Jacob Shaffelburg is a Canadian professional soccer player playing for the Toronto FC in Major League Soccer (MLS). The forward also plays for the Canada national team and has earned three caps as of January 2022.

Kentville, Nova Scotia native Jacob Shaffelburg was born on November 26, 1999, under the star sign Sagittarius. He holds Canadian nationality and is of white ethnic background. He stands 1.78 m (5 ft 10 in) tall.

How Much Is Jacon Shaffelburg's Net Worth In 2022?

On January 7, 2022, Jacob Shaffelburg signed a 3-year contract with Toronto FC. His salary annual base salary is reported at $63,547. Besides, he also plays for the Canada National team, for which he receives decent compensation.

His current market value is reported as €2 million, last updated on November 9, 2021. Besides, he is endorsed by Adidas. As of 2022, his net worth is approximately $0.5 million.

Shaffelburg is currently in a relationship with Robyne Simmons. They made their relationship public in March 2021 by posting pictures via their respective Instagram. Since they often post each other. 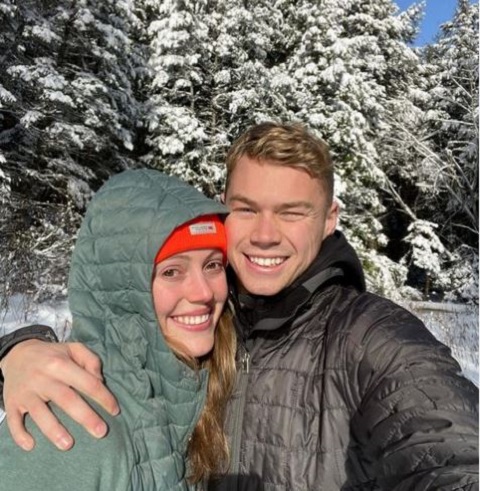 They seem pretty serious and might take their relationship to the next level soon. Both of them are pretty cooperative with each other and love spending time with each other. They have not shared a word about their first meeting experience.

Jacob's girlfriend, Robyne, studies at Dalhousie University. She has not shared much about her personal life on her social media account.

Jacob Shaffelburg grew up playing football for Valley United SC and Team Nova Scotia. At fifteen, he joined high school in Massachusetts at the Berkshire School, where he played soccer for his school team. In 2016, Shaffelburg joined the Toronto FC Academy. In 2017, he was promoted to Toronto FC III in League1 Ontario.

After high school, he committed to the University of Virginia on a soccer scholarship but decided to go professional. In 2018, he joined the Black Rock FC in the Premier Development League. He finished the season as the Black Rock FC's leading scorer with eight goals. On November 28, 2018, he joined the Toronto FC II and played the 2019 season with them in USL League One.

On Feburary 19, 2019, Shaffelburg made his Toronto debut n the 2019 CONCACAF Champions League. He signed with Toronto FC on June 21, 2019, as a homegrown start. The next day, he made his MLS debut against FC Dallas in Frisco, Texas. On June 26, 2019, he had his first start for Toronto FC  in a 3–2 win against Atlanta United FC, scoring the fastest goal in TFC history only 29 seconds into the game.

On May 15, 2021, he scored his first goal in a 1-1 draw against New York City. Following the 2021 season, Shaffelburg's option for the 2022 season would be picked up by Toronto. In mid-2022, The club loaned him to Nashville Sc for the rest of the season, with an option for a permanent transfer in the 2023 season.

On Feburary 25, 2020, Shaffelburg was listed on the Canadian U-23 provisional roster for the 2020 CONCACAF Men's Olympic Qualifying Championship.