Jackson Carman is a rising American football player. Jackson rose to fame after Cincinnati Bengals drafted him in round 2, overall 46th in the 2021 NFL draft. Carman was part of the CFP National Champion team in 2018. Carman was rated a five-star recruit and the best collegiate prospect in Ohio.

Jackson Carman was born on January 22, 2000, in Fairfield, Ohio. He is the only biological child born to Ken Carman and his wife, Mary Carman. He has two half-siblings, a brother and a sister. Jackson graduated from Fairfield High School and then enrolled at Clemson University. Carman stands six feet and five feet and weighs 150 kg (330 lb).

Jackson was part of his High School football team. He was rated a five-star recruit and the best collegiate prospect in Ohio. Jackson committed to play college football at Clemson over offers from Ohio State and USC. In the freshman year, The football player played in 13 games. He was part of the CFP National Champion in 2018.

Coming into the sophomore year, Jackson was named the Tigers' starting left tackle and started all 15 of Clemson's games, and was named third-team All-Atlantic Coast Conference. Carman started in all twelve games as a left tackle for the junior year and led the ACC as the only team to allow fewer than two sacks per game. After completing his junior year, Jackson listed his name for the 2021 NFL draft. He finished his University career after playing 1,934 snaps over 40 career games. Carman helped lead Clemson to ACC titles and College Football Playoff berths in all three seasons.

After finishing his junior year, Jackson decided to skip his senior year and enter the NFL draft. In May 2021, Cincinnati Bengals drafted him in the second round, overall 46th pick.

How Rich is Jackson Carman? Know About His Earnings, Salary, and Contract 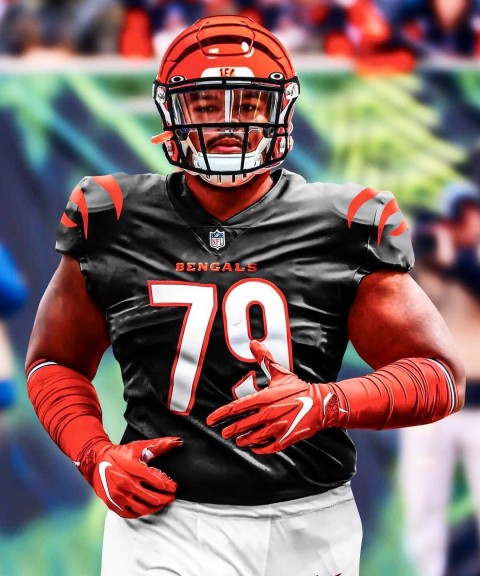 Jackson is drafted in the 2021 NFL draft by Bengals SOURCE: [email protected]

An NFL player earns a reasonable amount through his contract, endorsement, and advertising deals. Carman is very much early in his career and shall be making much more in the days to come.

Jackson is an active social media user. His Instagram account with 19.7k followers is filled with posts of his games and his training. He has not shared a word about his relationship status in public. Carmen could be single, dating, or involved in a romantic relationship. Jackson is very much concerned about his future and spends most of his time training and practicing.