Isaiah Hartenstein is an American-born German Professional basketball player playing for the team Houston Rockets of National Basketball Association (NBA). He was picked 43rd overall in the 2017 NBA Draft and signed with the Club in April 2018.

Isaiah Hartenstein Net Worth And Salary

The 21-year-old rising NBA player is currently dating his girlfriend, an American bikini model Kourtney Kellar. The couple is together for a couple of years.

His girlfriend Kourtney models for Ignite, the brand that makes tiny string bikinis and for KO Watches. 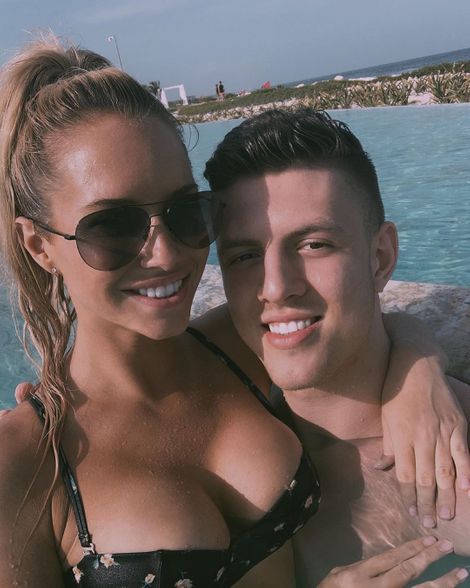 Isaiah Hartenstein is a young basketball player, who is currently focused on improving his stats in a professional basketball career. He has a height of 7 ft and a weight of 113 kg.

Isaiah Hartenstein was born on May 5, 1998, in Eugene, Oregon, United States. He was born to Afro-German father Florian Hartenstein and American mother Theresa. His father is a former professional basketball player and also a German basketball coach.

In 2008, Isaiah Hartenstein started playing basketball in the US and later moved to Germany with his parents when he was 11. He holds both German and American nationality.

In the 2013-2014 season, Isaiah Hartenstein played for Artland Dragons' junior team leading the team to the German championship in u-16 Bundesliga JBBL. He was named as the most valuable player for that season, averaging 20.9 points, 12.1 rebounds, 3.4 assist, 2.9 steals, and 1.9 blocks of the season.

Later in 2014, he was selected to play in the 2014 Jordan Brand Classic International game, finishing the game with four points and five rebounds in a short period of 18 minutes.

Hartenstein played for the u-18 squad in the team Žalgiris Kaunas and eventually won the Euroleague Basketball Next Generation Tournament and was also selected as MVP.

On February 1, 2015, Hartenstein got a chance to make his debut in Germany’s top-tier level Basketball Bundesliga against  Eisbären Bremerhaven.

On September 28, 2016, Hartenstein made his debut for the Žalgiris in Lithuania's top-flight league against Šiauliai and also in European League against Fenerbahce on October 26. Later he won the king Mindaugas cup with Žalgiris which was the first-ever win for the club.

On April 22, 2017, Hartenstein declared for the NBA Draft and was also invited for the 2017 NBA Draft Combine ultimately declining for the participation for the event. 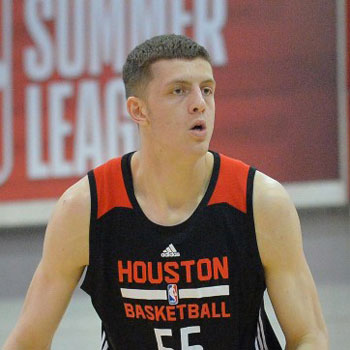 Hartenstein represented Germany internationally at the u-16 level, competing in the 2014 FIBA Europe Under-16 Championship and helped his team to finish in fourth place in the same tournament. In August 2017, he played in the German national team for the first time and also took part in EuroBasket 2017, averaging 4.3 points and 2.5 rebounds per game.