Gossip Is The American Footballer Rob Gronkowski Married? Details of His Rumor Affairs and Girlfriends

Is The American Footballer Rob Gronkowski Married? Details of His Rumor Affairs and Girlfriends

Rob Gronkowski is an American Footballer and is tall and has finely tuned muscles. His physical greatness is needed for his professional life as he plays one of the sports that require physical contacts. However, his ripped body is helpful in other ways as well, more so in his love life.

Good news to all the female fans of Rob Gronkowski is that he is not married to date. However, ladies, you should not get too excited as he is currently in a relationship. His current girlfriend is Camille Kostek who is a former cheerleader of his team.

Camille Kostek has since then changed her career and now works as a swimsuit model. She recently posed for the 2018 Sports Illustrated Swimsuit edition.

watching you practice is cool, but the end is my favorite part #onfieldkisses #yousweatybutyoucute  shoutout to my sexy photog @jessiejamesdecker welcome to #PatsNation

Though Gronkowski's relationship took a short break in 2016, he seems to have gotten back on track with her once again. He is still together with her and despite them having relationship issues every now and then. There is a good chance that Kostek just might be the one to win the rich and successful Gronkowski's heart and make him want to settle down with her.

Rumor of Rob Gronkowski's Past Affairs

Back in the year 2011, a photo surfaced of Rob Gronkowski together with the pornographic actress and model Bibi Jones. That particular picture caught on like wildfire and caused a storm on the internet. Rumors began to spread that Bibi and Gronkowski were seeing each other. 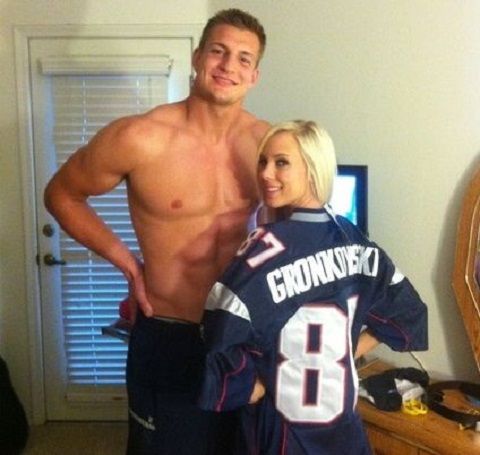 However, that turned out to be nothing more than a rumor as Gronkowski told that the two only took the picture together and nothing much happened. He told that he didn't even get to exchange numbers with Bibi. On her appearance in a radio show, Bibi said that she and Gronkowski never had any sexual relationship and were only friends. 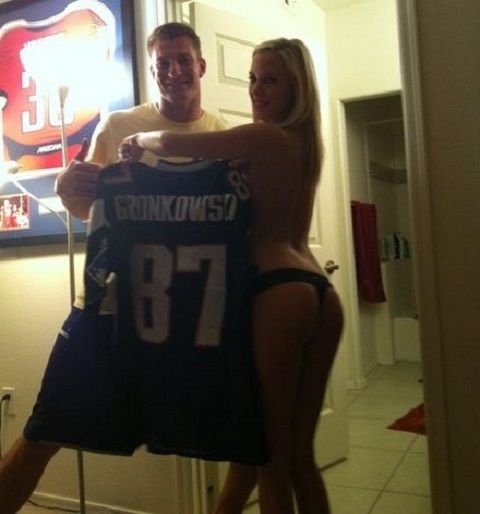 A year later, in 2012, a new picture of Rob Gronkowski and Bibi Jones which was taken on the same night as his previous picture was posted by Bibi on her twitter. This time around, the picture was more revealing.

Bibi claimed that someone else had uploaded the picture from her account. No matter how the picture was posted, there was not much response about it and the story of Rob Gronkowski being in a relationship with Bibi came to an end with it.