Camille Kostek is an American Model and reporter who is known for her work in Sports Illustrated Swimsuit Issue. Additionally, she is also well known as the girlfriend of a famous NFL player, Rob Gronkowski. Further, she is also a former cheerleader of NFL team, New England Patriots.

Camille started dating Rob since 2015 and reportedly, the couple is yet to exchange their marital vows. Additionally, she has a net worth over $3.4 million. Below here are the details about Camille's Bio, Net Worth, Salary, Personal Life and Professional career.

Camille Kostek Earnings; What is her Net Worth?

Being a popular celebrity, the information about her salary is still under cover. Reportedly, she has an estimated net worth over $3.4 million.

Additionally, she has collected a decent fortune form her professional career and reportedly, she worked as brand ambassador and model for different brands like  Dune Jewelry, Equinox Fitness, and Benrus through which she earns a significant amount of money. 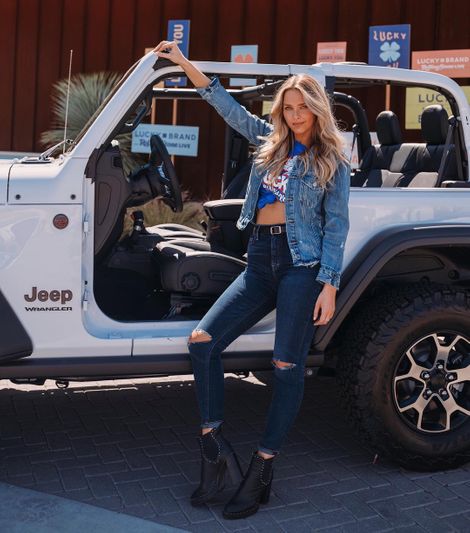 Moreover, she has also done commercials for brands like Nissan Barberino, Ciao Bella, Zudy Vinyl, Neoscape, and Rebag and believed to have collected a decent amount of money from the work.

Apart from her personal earnings, she also shares a massive net worth along with her partner Rob Gronkowski. Reportedly, her boyfriend has a net worth over $25 million as of 2019. Moreover, Rob has collected $53,379,507 as his entire career earnings, playing for nine seasons. As per his previous contract, he received $8 million as a salary.

top down, music blasting, wind in my hair, not a worry in the world kind of girl ?? @luckybrand x @jeep x @rollingstone

Talking about their assets, the couple owns some of the luxurious cars which include, Mercedes-AMG S63, Audi R8, Audi Q7, and Bentley Continental GT. Recently, Rob bought a brand new Bentley luxury car, worth around $260,000. 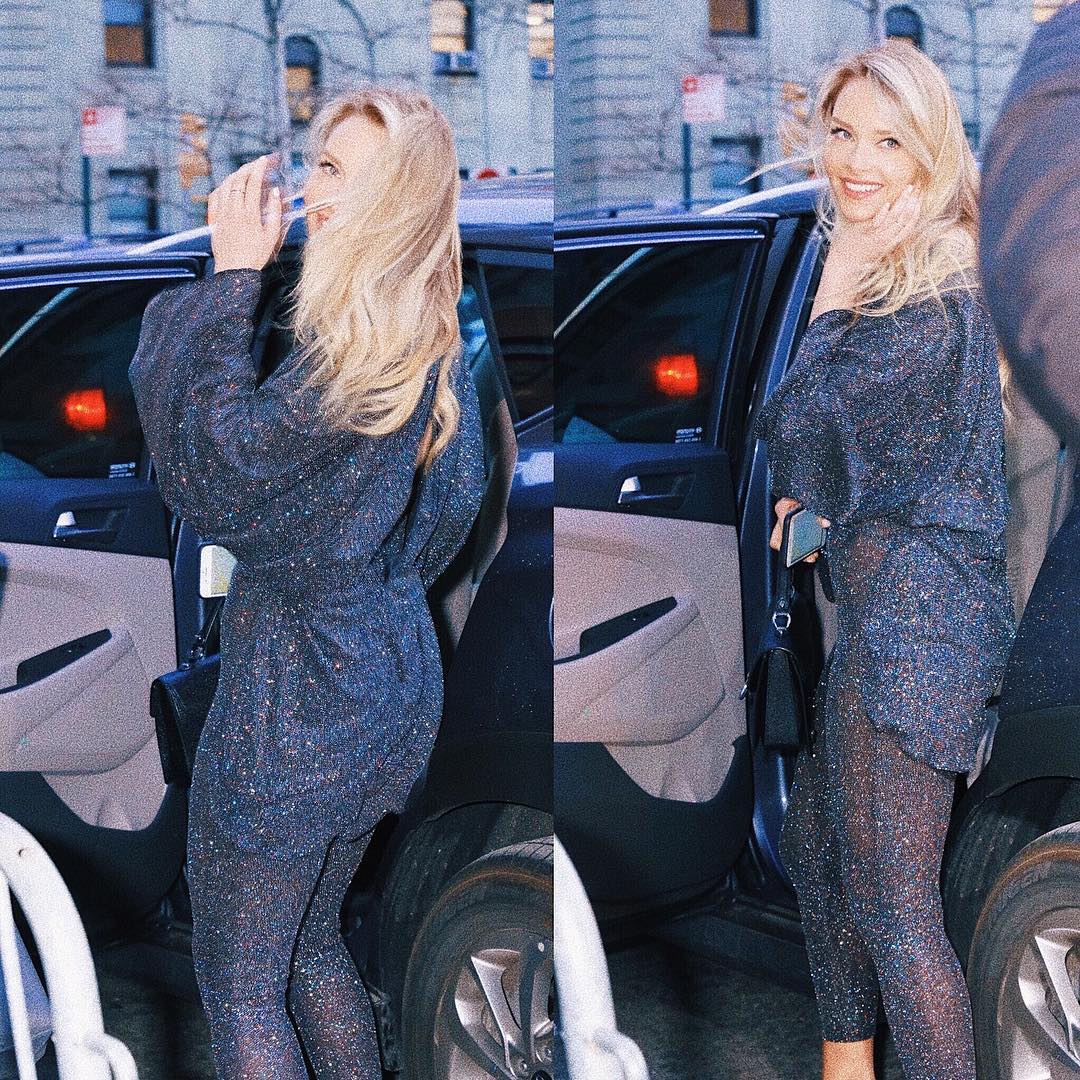 Camille Kostek posing in front of her car SOURCE: Instagram

Her boyfriend also has several real estate properties in his name. Reportedly, Rob sold his Mansion, located at South Tampa for $2 million. Also, he owns a lavish house at Foxborough. As per the reports, the duo is currently looking for the new house so that they can start a new life.

So with all the references, we can conclude that Camille has collected a massive fortune together with her to be husband. In fact, she is enjoying a luxurious life and is regularly spotted, vacationing and partying in some the exotic places around the world.

Camille Kostek is Relationship with Rob Gronkowski; Know about her Personal Life

Camille and Rob started dating in 2015 and since then the couple has dragged the attention of the public. The couple first linked with each other after Camille decided to quit her cheerleading job.

Both of them being a celebrity, the news of their romance spread quickly and reportedly, the media got a hint about the couple's relationship in April 2015. 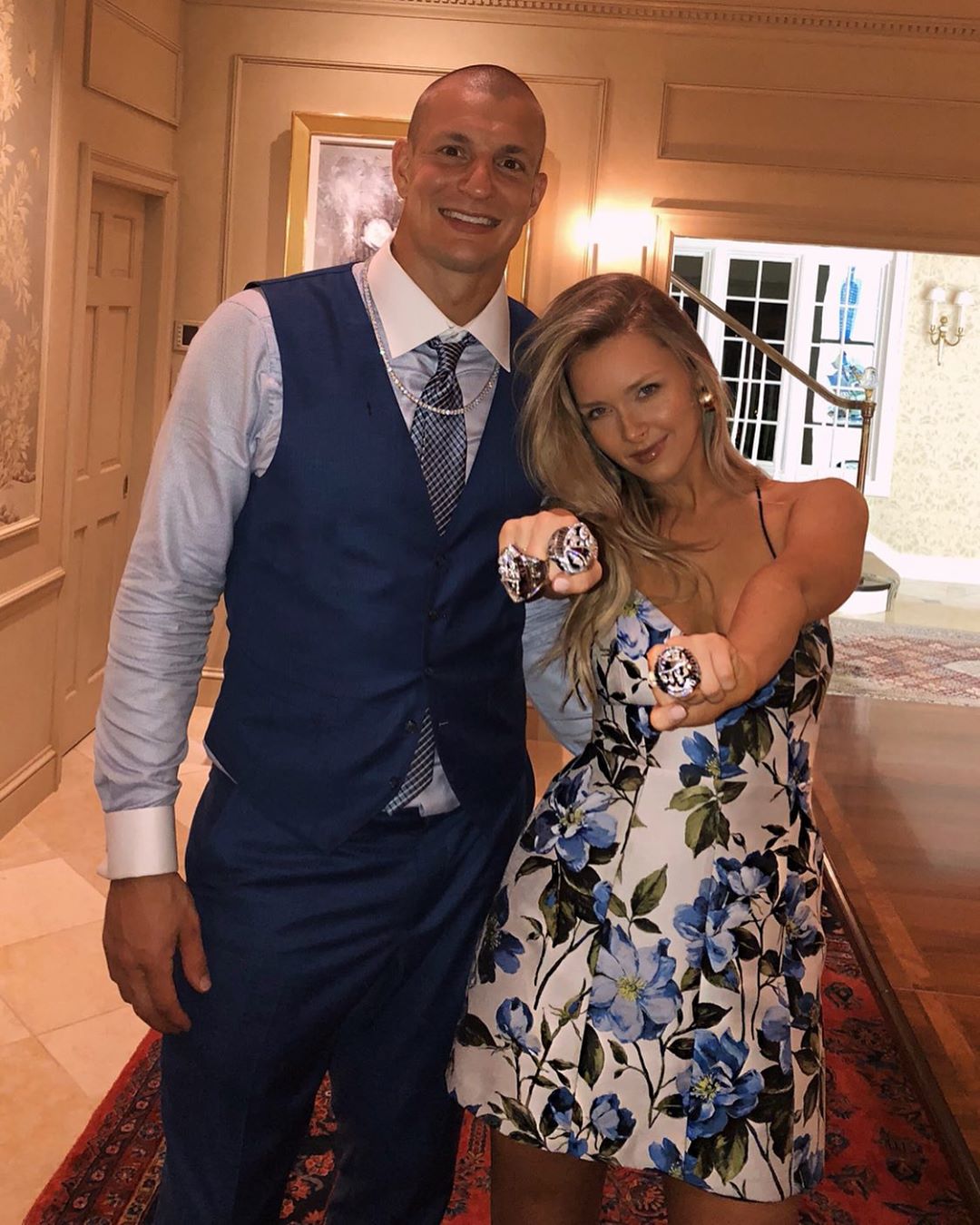 In one of her interviews, talking about how she started her relationship with Rob, She revealed that she knew Rob during her time as a cheerleader but also informed about the fact that cheerleaders and players were not allowed to have romantic relationships with each other.

So this might be the reason why the duo took time to reveal about their affairs despite dating since long. Further, back in 2017, there was a rumor that the couple was no longer together which was worrying thing for their fans and followers as they were waiting to hear their wedding bells soon. 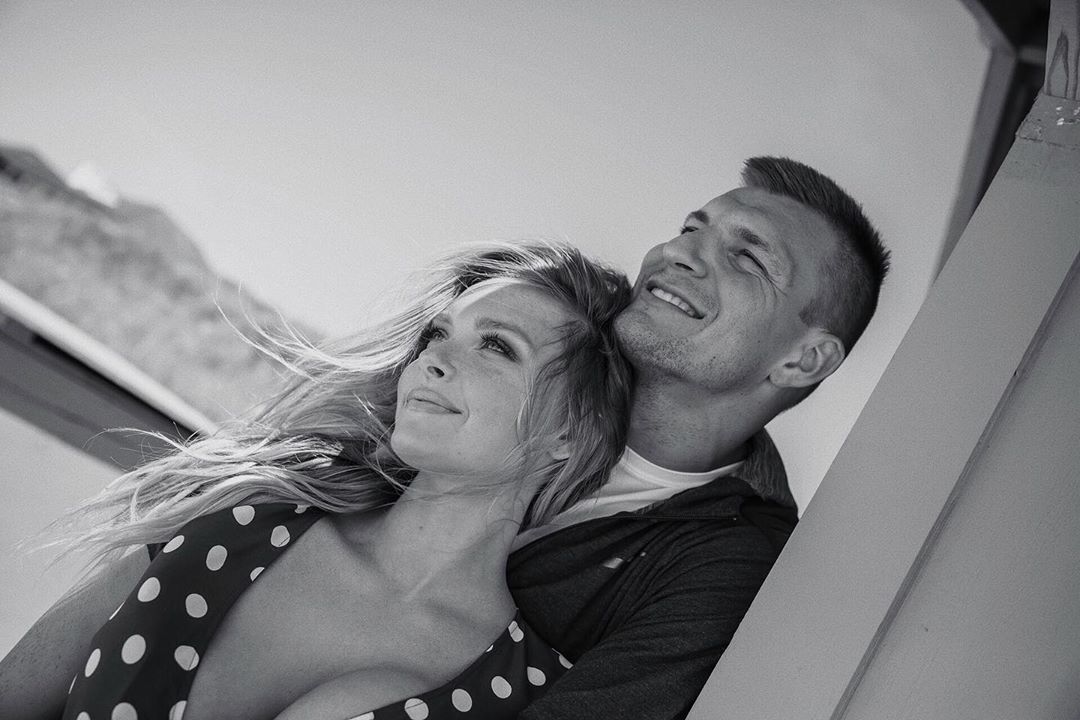 A few months later, in May 2017, the duo appeared as a pair at a wedding ceremony that put questions on the internet about what really happened between them. Additionally, back in 2018, the couple was spotted together making their red carpet appearance, attending 2018 Kids' Choice Sports Awards.

Despite being in a relationship since long, the couple hasn't decided about getting married in recent time. However, if we hear the news soon it won't be a surprise anymore. Further, exploring Camille's social account, she seems to be in deep love with Rob as she frequently shares a picture of her along with her partner Rob. 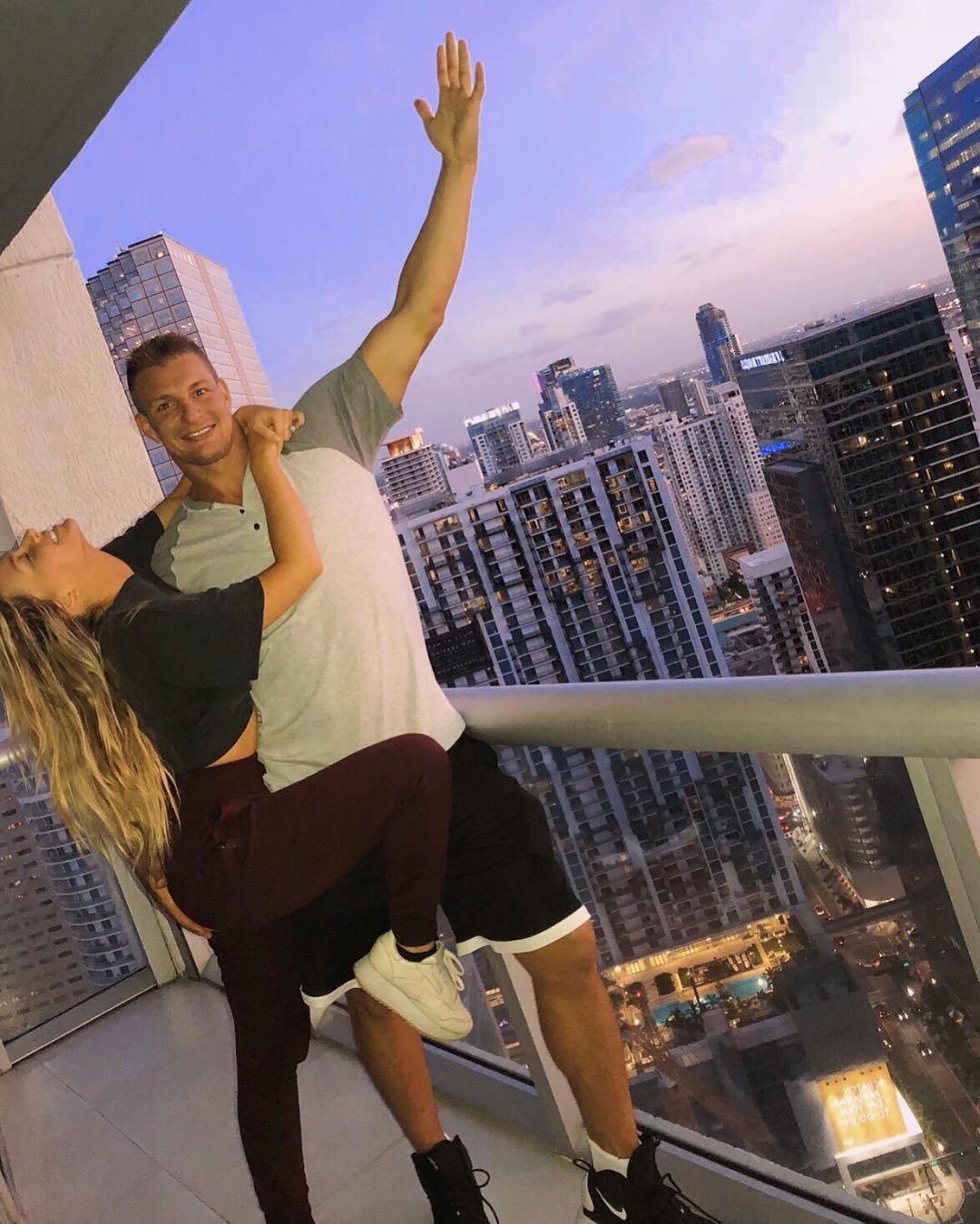 Apart from love affairs, she is also trained professionally as a dancer and regular updates her social account with the video of herself dancing. Additionally, she also regularly promotes #NeverNotDancing which caught people's attention and inspire them to do the same.

Talking about Camille's body measurement, she stands in a height of 5 feet 8 inches or 1.73m. Further, she weighs around 64kg (141lbs). Additionally, her hip size is 38 inches and waist size is 28 inch.

Camille was born on February 19, 1992, in Killingworth, Connecticut to Alan Kostek and Christina Kostek. As per her racial background, she is an American by nationality and belongs to the white ethnic group. Further, she was born under the star sign Pisces. Additionally, she is eldest among the four siblings.

Talking about her early life, she started taking ballet lesson when she was three years old. Further, she continued her training at Broadway Dance Center in New York City. Taking about her education, she attended Haddam-Killingworth High School and later, graduated with a degree in Communications at Eastern Connecticut State University.

Camille is a model and reporter by profession. Additionally, she is known for her appearance in the Sports Illustrated Swimsuit Issue.

In addition, she was offered a job by ESPN for the show Sunday Night Football and eventually rejected the job for her modeling career. Furthermore, she joined her first modeling agency back in 2005. Reportedly, she worked as a brand ambassador and model for different brands like  Dune Jewelry, Equinox Fitness, and Benrus.

Moreover, she has also done commercials for brands like Nissan Barberino, Ciao Bella, Zudy Vinyl, Neoscape, and Rebag. Besides, she has also worked as a model for Reebok in 2019.

Click the link to see bio on WAGS, playerswiki.com