Is Steve Sarkisian still Married? Know about his Wife, Married Life, and Divorce

Steve Sarkisian, born as Stephen Ambrose Sarkisian, is an American football coach and former quarterback. He was recently hired by the University of Texas at Austin after they fired their former coach Tom Herman. The former head coach at Southern California and Washington also worked as offensive coordinator of the Alabama team with Nick Saban.

Sarkisian, who has been into coaching for the last two decades, will now use his experience of working under Saban, try to bring changes in Austin, Texas, and build his first staff on the Forty Acres. Aside from his crystal clear professional career, Steve had alcohol-related incidents that saw him dismissed from USC. Is he a changed man? Added to that, he also had differences with his wife? Has the dispute with his spouse settled now? Read till the end to know in detail.

Sarkisian is not married anymore. He has already divorced his wife of about two decades, Stephanie Sarkisian. Steve and Stephanie married in 1997, the weekend before he left for training camp with Saskatchewan in the Canadian Football League. Stephanie was his high school sweetheart and the couple dated until they graduated. Soon after, they had their honeymoon in Regina, Canada for about five months. 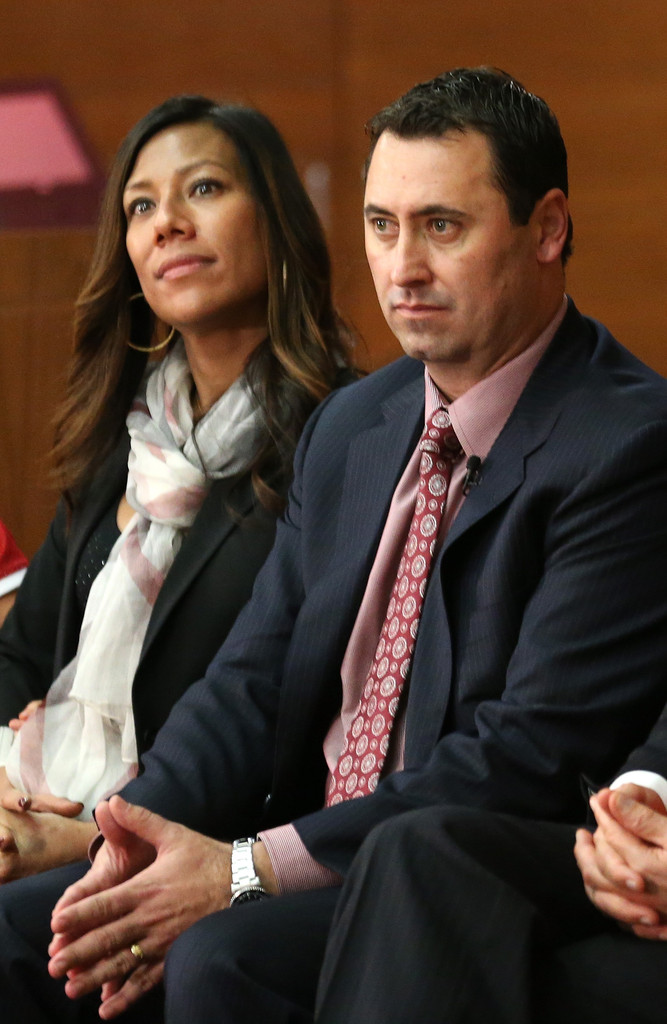 Steve Sarkisian has three children with his wife. The couple shares a son, Brady, and two daughters; Ashley Sarkisian and Taylor Sarkisian. 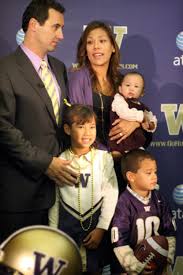 Steve Sarkisian with his wife and children SOURCE: Playerswiki

After 18 years of a conjugal relationship, the duo announced their separation in 2015. Steve confirmed the split through a interview and stated:

"It is our desire to protect the privacy of our children and each other. Our goal is to raise our children in a joint, cooperative style as caring and loving parents. Thank you for respecting our family's privacy. We will have no further comment."

Sarkisian was highly favored in the divorce settlement. The recently hired University of Texas head coach had to pay a one-time check for $293k and give the Land Rover to his former spouse as a part of the settlement. The source revealed that there was a private settlement in regards to the bulk of the family fortune.

Steve and his former partner of 19 years also agreed on no spousal support, no child support, and joint custody of their 3 minor kids. The former Alabama offensive coordinator, who made more than $10 million, coaching at Washington, and millions more at USC, will get 100% of any judgment if he wins in the $30 million wrongful termination suit against USC.

Steve, after his divorce from his former wife, is still unmarried and reported to be single. The 46-year-old head coach doesn't have a girlfriend currently. Playerswiki will immediately report if we get any news of his personal life.