Is Julio Rodriguez Dating? Know About His Relationship Status, Girlfriend and MLB Career

One of the most successful players of his age, Julio Rodriguez, currently holds a massive fortune. Similarly, Julio isn't shy about sharing his career or wealth. But, when it comes to his personal life, Rodriguez prefers to keep it low-key. But recently, the talented baseball star started dating. And on November 1, 2022, Julio and Jordyn Huitema announced their relationship to the world through an Instagram post!

With a new contract and salary, things for Julio seem to be going well. And not just in his professional life but also in his personal life. Playing for the Seattle Mariners, the young athlete will bag hundreds of millions by the end of his contract with the Mariners.

Julio Rodriguez started dating his girlfriend away from the limelight!

One thing about the young talent is that Julio Rodriguez prefers to keep his personal life away from the spotlight. However, his and his girlfriend's bold move to announce their relationship on social media blew all of his fans' minds. 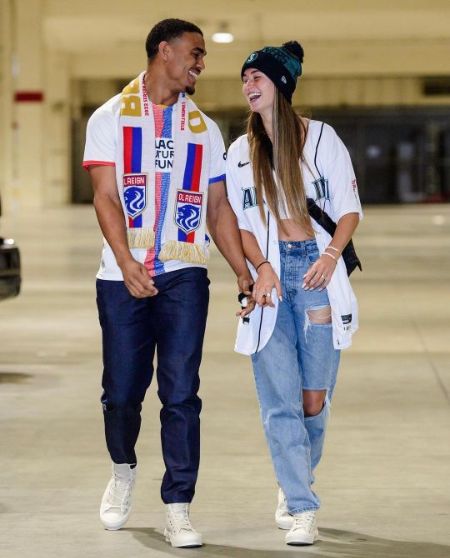 Despite his private nature, Julio's new girlfriend leads her life in the middle of the spotlight. As such, Rodriguez found his love life dragged into the limelight. Huitema and Julio became a couple in the dark. But, Jordyn and the baseball star later made their relationship public.

Julio Keeps all of his Past Relationships Hidden!

As of 2022, Julio Rodriguez is on top of the world. His career is hitting off rather well, and Julio started a new relationship. But, what of Rodriguez's past lovers? Well, he keeps his past love adventures hidden from the world.

In his life in the spotlight, never did Julio open up about his relationships. Not once did he mention a girl in the past. And so, the info about his ex-relationships stays hidden from the fans.

Jordyn Huitema is an athlete as well!

Jordyn Huitema is no stranger to the limelight. Similarly, she is also a well-known athlete like Julio. However, Huitema plays soccer/football for OL Reign, an American soccer club. Likewise, she is a member of the Canadian national football squad. 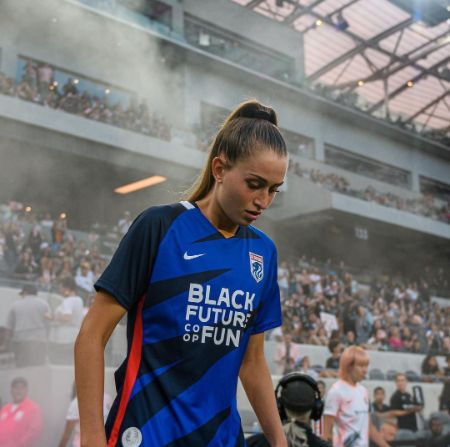 Huitema brought home multiple victories for her country. Her first big win came in 2014's CONCACAF U-15 win. And in the following years, Jordyn and her team were either runner-ups or third in CONCACAF tournaments.

In 2020, things for the talented soccer star changed for the better. The Canadian Soccer Team won the gold medal in the 2020 Olympic Games. And so, Jordyn is no stranger to fame as an athlete.

Jordyn Huitema is a beautiful lady, so it comes as no surprise that she was in a relationship before. Jordyn's first relationship was with a fellow Vancouver Whitecaps player. She dated the football star, Alphonso Davies. 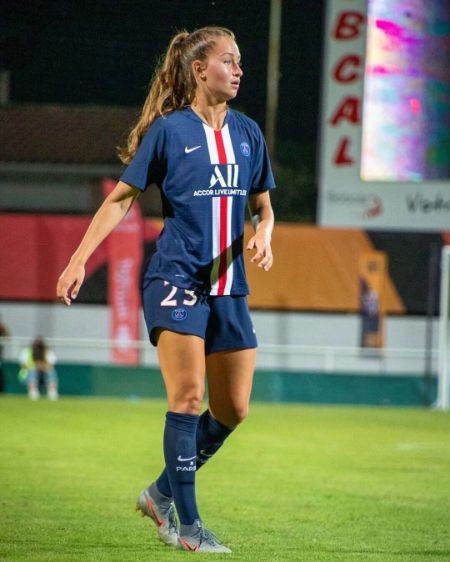 The duo first met in the Whitecaps and soon hit it off. And after years as friends, Davies and Jordyn started dating in 2017. Furthermore, the duo kept their love affair in the spotlight. As such, both her fans and Aphonso's fans knew about their relationships since day one.

As all things, Jordyn's relationship with Davies ended. The ex-couple dated for five years before breaking up. Although Huitema and Alphonso broke up, she still holds a friendly relationship with her ex-boyfriend.

Julio Rodriguez started his career with the Seattle Mariners at the age of 16. Likewise, the Mariners saw the potential of Julio even as a teenager. And as such, the team signed him as an international free agent in 2017. To sweeten the deal, Rodriguez received a whopping $1.75 million as a signing bonus. 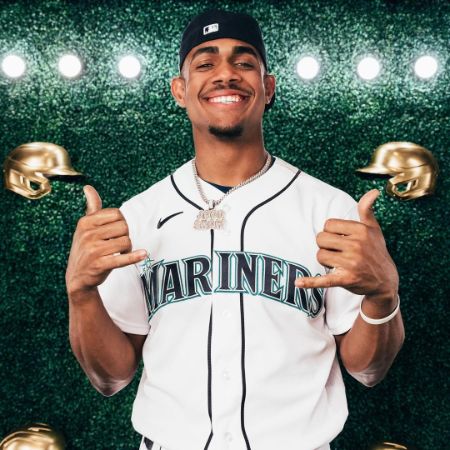 From 2017 to 2021, Rodriguez played in the minor leagues, collecting experience. And on April 8, 2022, Julio made his first appearance in MLB. And his prowess in the field blew everyone's mind.

Five months after his debut, Mariners offered Julio a fourteen-year contract. And the talented baseball player signed the deal worth $400 million on August 26, 2022. Similarly, on November 14, 2022, he became the American League Rookie of the Year!