Alphonso Boyle Davies is a Canadian Professional soccer Player who plays as a winger and a left-back for Bundesliga Club FC Bayern Munich and the Canada National Team. Milt Stegall is also a Canadian retired football player. He was the youngest player to appear for the Canadian men's National Team and the youngest scorer on June 2017. He attended the Mother Teresa Catholic School.

Boyle was born on 2 November 2000 under the star sign Scorpio. His place of birth is Buduburam, Ghana. He was born to Debeah Davies and Victoria Davies. He was born to Liberian parents who fleed their homeland after the second Liberian Civil War, which displaced more than 450,000 people in Liberia.

Davies was just five when his parents fleed from their hometown to Canada as refugees and moved to Windsor Ontario, before moving to Edmonton, a year later. He officially received the Canadian Citizenship on 6 June 2017 at the age of 16.

Alphonso Davies Net Worth in 2020; How much is his Salary?

The Canadian National Player has a net worth of astounding $1 million dollars. Having a net worth of $1 million in such a age is truly worth applauding and certainly, the value will increase accordingly. His talents and passion for the game is unmeasurable and will continue to rise towards success in his future endeavors with FC Bayern Munich.

Before Bayern, he signed a team contract with the Whitecaps through 2018 with an option for 2019 and 2020 season.

His career earnings from the whitecaps sum upto $200,000.

The talented Davies was the first player born in the 2000s to play in a major league soccer match. Davies joined Bayern in January 2019 from MLS side Vancouver Whitecaps FC on a contract lasting 2023 for a MLS record transfer fee of $22 million. His highest market value is $40 million as of 11 February 2020 according to the reports from Transfermarkt. 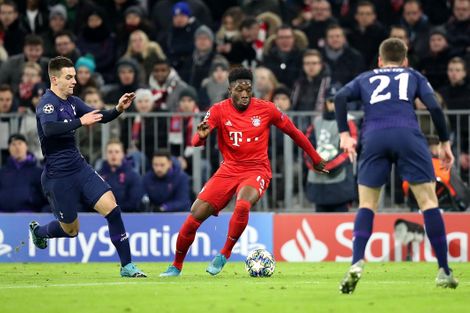 According to Hasan Salihamidzic, a Bayern sporting director, "He offers a lot of promise for the future. Alphonso already possesses great ability, which is why a lot of top clubs were keen on him."

The 19-years-old also receives sponsorship and brand deals from various companies that add a certain value to his net worth. Davies hasn't revealed any information regarding his sponsors and endorsements. He is also selected for the MLS All-Star Game which will take place on 1 August 2020 in Atlanta, according to Whoscored.

The Left-back for the FC Bayern Munich is currently dating Jordyn Pamela Huitema who is also a Canadian footballer who plays forward for the French Division 1 Feminine club Paris Saint-German and the Canada national team.

Alphonso and Jordyn both were voted Canada’s soccer player of the year in 2018. 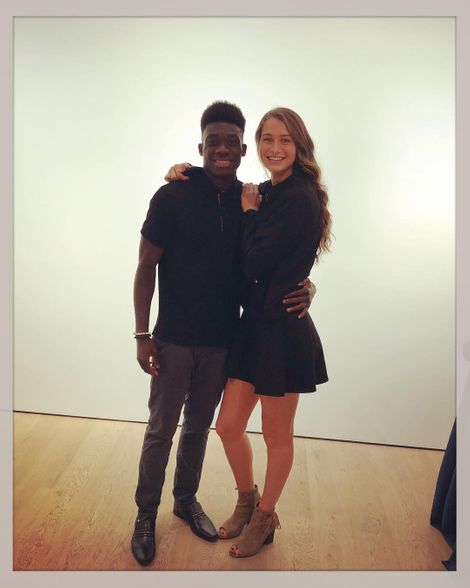 The couple is not afraid of sharing photos and videos of them together showing their love and passion for each other. They are living a happy and luxurious life together traveling and enjoying the small moments in life. They seem to be dating one another for quite a while.

Since both of them are from the same profession, they might have met while attending the soccer-related game. They might have started their relationship around the start of 2018. Davis was once fined by Bayern for being late at training as he went to Paris to meet his girlfriend.