Is 2022 FIFA World Cup Messi's Last Chance To Win the Title? Messi Confirms With the Statement 'My Last World Cup'

After what some would call a revenge match, Argentina won against Croatia in the semifinals. 2022 has been an exciting year for the Argentine squad, and with Lionel Messi leading his team to victory in Copa America, he now aims to do the same in his last FIFA World Cup. And with the momentum, his team gained from the 3-0 win, Messi's final World Cup will surely take the finals to the next level.

The end of an era is on the horizon, as Messi and Cristiano Ronaldo played their final FIFA World Cup in 2022. And according to the Argentine outlet, Ole, win or lose, the legendary footballer will have played his last FIFA World Cup. Lio and Ronaldo inspired many players to lace up their boots, and now witnessing his final run in the FIFA World Cup leaves a bittersweet taste. And on December 18, 2022, the Argentine squad will face the defending champion France.

Lionel Messi is Lacing up for his final FIFA World Cup; Messi confirms this is his last World Cup!

Even before Lionel Messi confirmed the News, many fans and outlets expected the 2022 FIFA World Cup would be his last. And on December 14, 2022, Lio confirmed the rumors on an Argentine news outlet. 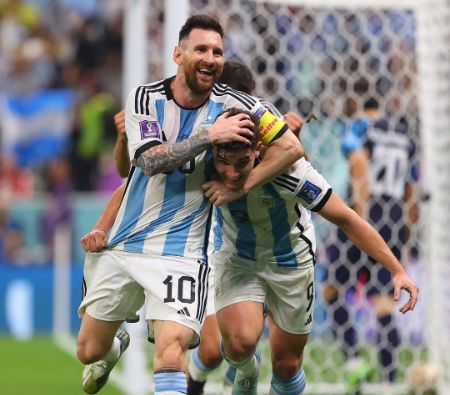 Lionel Messi confirms that the 2022 FIFA World Cup will be his last. SOURCE: [email protected]

There's a difference between being optimistic and delusional; while Messi is an optimistic individual, he isn't delusional. And the footballer knows by the time the next world cup comes, he'd be way past his prime. As such, the Argentine team captain said ending his World Cup journey with a bang would be for the best.

In the interview with Ole, Messi claimed he is ecstatic to be in the FIFA World Cup Finals. Also, with his recent win in Copa America, many fans believe he can lead his squad to victory. With humble words, Lio stated he's enjoying his last world cup to the fullest and is happy fans all worldwide are enjoying it as much as he is.

In recent years, the furthest Argentina reached in the FIFA world cup is second place. And in the 2018 World Cup, the Argentine squad left FIFA in the Round of 16. Fast forward four years, Argentina reached the finals with a good shot at winning the cup. 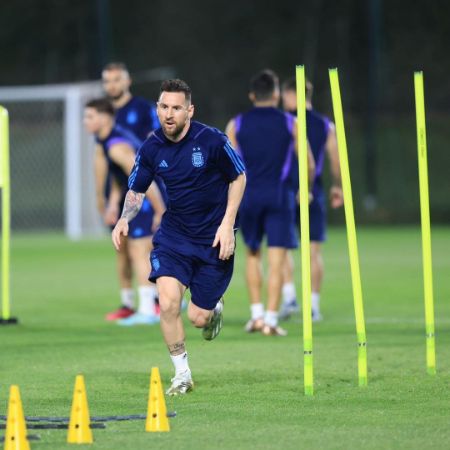 Like any athlete, Messi intends to leave a lasting legacy. And what better way to carve his name in history than winning the World Cup in his final FIFA tournament? So, the Argentine ace and co will give it their all in the FIFA World Cup Finals.

When asked about his accomplishments as a player in the world cup, Messi was quick to respond about what the team achieved. Similarly, Lio stated his mind is solely focused on obtaining the group objective, winning. Also, the Argentine footballer said he and his teammates would do their best in the finals to take the prestigious cup home.

Messi and his last chance to win a World Cup! Lio's road to Finals.

After winning the Copa Amerca, Lionel Messi and the Argentine squad fixed their eyes on the 2022 World Cup. And now, the probability of Argentina winning the coveted FIFA World Cup appears high. And this will be Messi's final shot at taking the cup home. 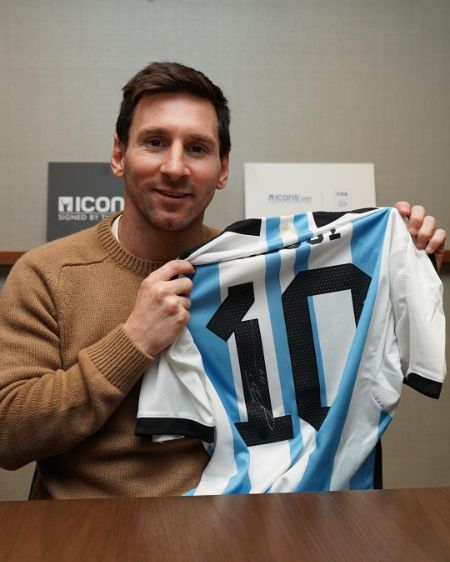 In his mid-30s, Lionel will be 39 by the next FIFA World Cup. As such, Messi knows the world knowns; this will be his final chance to win a world cup. The talented footballer claims his happiness in reaching the finals in his last FIFA World Cup. But winning the world cup will take Messi over the moon.

Despite the rocky start in the 2022 World Cup, Lionel and his team kept their cool. And now, Messi and the Argentine squad are set to play in the finals. When Saudi Arabia pulled an upset win, many fans became worried that Argentina would leave the FIFA World Cup early.

After the rude awakening early on, Argentina gave their 100% in every match. Messi and co played every game like it was their last one in the FIFA World Cup. Brezing through most of their games, that is, until they reached the quarter-finals.

With massive controversy surrounding Antonio Mateu Lahoz, Argentina pulled a narrow win through a penalty shootout. But in the semifinals, the Argentine squad pulled an enormous victory of 3-0 against Croatia. And now Messi will face his PSG teammate, Kylian Mbappe, and the defending champions, the French team.