Cameroonian professional footballer Ignatius Ganago has been playing for Ligue 1 club Nantes since joining the club on September 1, 2022. Before coming into his current team, Ganago was a prominent player at Lens.

Not to mention, Ganago plays as a forward wearing jersey number 14. Ganago is a multi-talented player who can also play in the position of a right winger and a left winger. Furthermore, Ganago is not only successful in his football career but also in his personal life.

Ignatius Ganago Is a Father of a Daughter

Starting with his personal life, Ganago appears to be a father of a child. The footballer has kept his Instagram profile picture of a small girl who is sure his daughter. But Ganago has not given much info about it, due to which we are unable to say much about it. 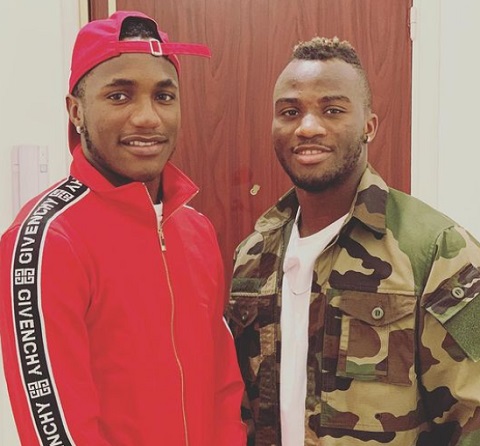 Taking this fact into the consideration, we can also say that, Ganago has a partner, but due to the lack of information, facts regarding his wife or partner remains a mystery. The professional football forward may give some hints about it in the future.

So, if you are one of his followers who are concerned with his love life, then you can follow Ganago on Instagram under the username @ikg37.

Ganago makes a good amount of money from being a footballer, and he is currently associated with F.C. Nantes. The player joined the team on September 1, 2020, and he received a whopping deal worth €4.40m. No doubt, Ganago is taking home a good salary from his current team.

As said earlier, Ganago previously played for multiple teams, and he was also a part of Lens. Salary Sport reports that Ganago's weekly salary at the Lens team was £11,000 per week and £572,000 per year. When he left OGC Nice to join Lens, Ganago took €6.00m deal. According to Transfermrkt, Ganago's market value is €5.00m which was €8.00m on January 7, 2021. In this way, Ganago may have preserved a considerable fortune, and his net worth may be around $2 million.

In 2011, Ganago joined the youth team of EFCB and played with the respective team until 2017. After that, he moved to play with Nice. His professional debut for the team came on September 9, 2017, while playing a game against Monaco.

After playing in many games with the Nice team, Ganago later received an offer from another team. So, he joined Ligue 1 club Lens on July 10, 2020. With the Lens team, Ganago appeared in 56 professional matches, and he also netted 12 goals. 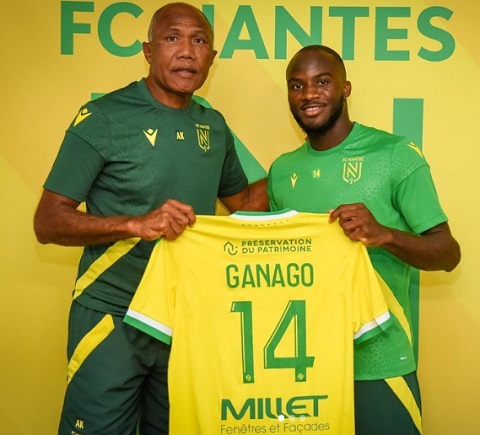 And now, he is associated with Lens' league rivals Nantes. The deal with Nantes was signed on September 1, 2022, and it remains until June 30, 2026. Apart from that, the national footballer also plays for the national football team of Cameroon. His debut for the senior Cameroon team came on October 12, 2019, when Ganago played against Tunisia.

Ignatius Kpene Ganago was born to his supportive parents on February 16, 1999, in Douala, Cameroon. Transfermrkt reports that Ganago holds dual nationality of Cameroon and Nigeria. So, it can be said that his parents may be from different nations.

As Ganago has kept the information about his family background far from the media, we can't mention much about his father and mother too.