Cameroon footballer Andre-Frank Zambo Anguissa is well-known for his amazing football skills. He plays for Serie A club Napoli and the Cameroon national team. Besides, Anguissa's position is a defensive midfielder, and he can also take the position of Central Midfield.

Furthermore, Anguissa wears jersey number 99. Beginning his football career in 2013 with the team of Coton Sport, Anguissa has come a long way by being a part of multiple teams. Since July 1, 2022, Anguissa has been playing professionally for the Serie A club Napoli.

Anguissa is one of the most valuable players on his team, and he has signed a massive deal with his current team. When he joined Serie A club Napoli, Anguissa received a whopping transfer fee of €15.00m. According to Sports Brief, Anguissa's salary is $54,000 weekly or $2.8 million annually. 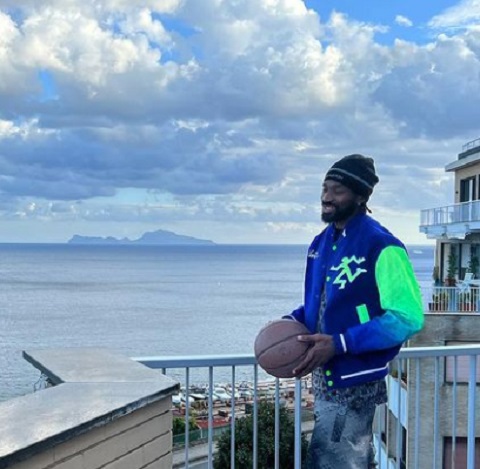 Andre-Frank Zambo Anguissa in one of his vacations  SOURCE: Instagram @anguiss_29

Besides that, his market value is €30.00m, and the amount will surely increase in the future as Anguissa is still playing this sport professionally. Apart from that, Anguissa also makes money from sponsorship and endorsement deals.

The same report given by Sports Brief claims that Anguissa is estimated to have a net worth of at least $17 million.

Anguissa Shares Two Children: Who Is His Wife?

Moving into his personal life, Anguissa already has a happy family, as he is blessed with two kids, both sons. The footballer has not talked much about his married life with the media, but his social media posts show that Anguissa has already become a father.

As he has already become a father of two kids, we can also speculate that the footballer may have a partner. Due to his low-key nature, none of the media outlets are able to collect information regarding his wife or girlfriend. 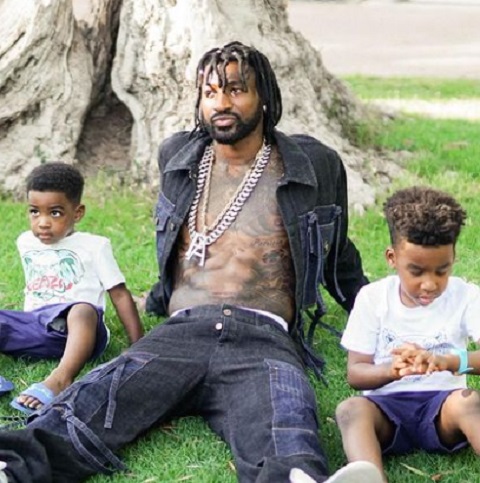 From this, it also becomes clear that Anguissa is a private guy who likes to keep his personal details far from the public domain.

Here's More on His Football Career

As said earlier, Anguissa began his professional football career after joining Coton Sport. In his early career, Anguissa played with Coton Sport and Reims. On May 6, 2018, Anguissa also played in the 2018 UEFA Europa League Final in a game against Atletico Madrid.

After making 79 game appearances, Anguissa moved to Fulham in August 2018. And after playing in 61 games for the respective team, Anguissa was loaned to Villarreal in July 2019. In August of the same year, Anguissa made his debut for the team while playing versus Granada CF.

His contract with the Fulham squad was extended on August 31, 2021. Later, he was loaned to Napoli, and on May 26, 2022, Anguissa signed a professional debut for the team. Apart from being a prominent club player, Anguissa is also a national footballer who has played for the national football team of Cameroon. Anguissa made his debut for the national team on March 24, 2017, in a friendly game against Tunisia.

Andre-Frank Zambo Anguissa comes from a superior family, and he was born on November 16, 1995, in Yaounde, Cameroon. Anguissa has received huge support from his parents, and the footballer also credits his mom and dad for his success.