Iago Amaral Borduchi is a Brazilian professional footballer signed to  Bundesliga club FC Augsburg. He has represented his nation in Brazil's U20 and Brazil U23 as a left-back. Iago is currently signed to the FC Augsburg, and he spent his youth career in Monte Azul and Internacional.

How much Rich is Iago Amaral in 2022? (Net Worth and Salary)

FC Augsburg's left-back earns €1,000,000 per year as per some sources. He just started his professional career in football, and there are many years to go for him.

As playing for professional teams, he will add a million to his net worth in coming years; As of date, he has a net worth of $500K approximately. Football athletes also make good earnings through endorsements, advertisements, and sponsorships. In the case of Iago, he has not disclosed any information regarding his earnings.

As seen from FC Augsburg's Instagram, he is endorsed by Adidas and earns good earnings through them. 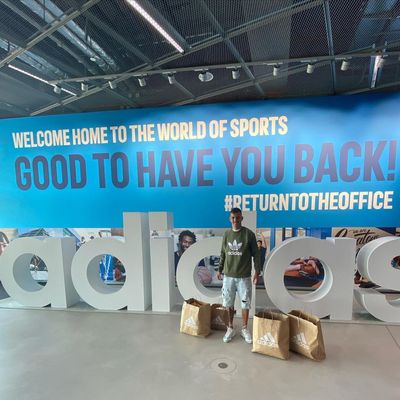 He often posts his deal with Adidas and promotes them on his Instagram.

Iago is quite a confidential person when it comes to his love life. There is not much detail about the Brazilian left-back's girlfriend or relationship in the media.

He is active on Instagram with 571 followers. But unfortunately, we can not see any posts that hint about his relationship with any girl. So, as of 2022, he seems to be single and is enjoying his professional life.

Also, know about Andrew Nabbout's Personal Life and Net Worth.

As a passionate footballer from a young age, Iago spent his youth training in Monte Azul, where he played as a forward and later played left-back, which favored him. He moved to Internacional in 2013, where he played the 2017 season and was promoted to the senior team. Iago signed to German Bundesliga club FC Augsburg on 23rd June 2019, where he plays as a left-back wearing jersey No. 22. He has also participated in the 2016 Suwon JS Cup, representing Brazil's under-20 team.