Gossip How Much Savannah James Net Worth in 2022? Wife of Basketball Player

How Much Savannah James Net Worth in 2022? Wife of Basketball Player

As the wife of one of the biggest names in the NBA, Savannah James lives like a queen to her king. From luxury cars to designer clothes, Savannah affords it all thanks to the support of her husband, LeBron James. And her life partner owns more than a billion as his net worth! However, LeBron isn't the only one bringing home the cash. Savannah also earns her wealth through her furniture line!

Over the years, Ms. James worked in many ventures. However, her most successful career path is furniture design. And she even managed to produce a furniture line called Home Court with American Signature.

While it's true that Savannah James holds massive wealth, her husband, LeBron James, has not two times, not three times but twenty times the net worth his wife owns! As of 2022, Savannah holds an estimated net worth of $50 million. And by no means is that a small amount, but compared to LeBron's assets of $1.2 billion, it does look small. And with such wealth, the NBA star provides a life of luxury to his family. The James family owns many supercars, but recently Savannah and LeBron picked Porsche 918 Spyder for the VanityFair photoshoot.

The Porsche 918 holds the price tag above the $1 million mark. But, as James makes more than $2 million every month, the exotic car didn't leave a dent in James's fortune. And Besides his salary from the NBA team, LeBron also earns through many sponsorship deals. And he endorsed many big-name brands like 2K Sports, AT&T, Beats Electronics, Coca-Cola, Nike Mountain Dew, Wheaties, and more!

The NBA athlete isn't only one of the best on the court; LeBron is also an intelligent businessman. And as such, James has invested hundreds of millions in many companies over the years.

LeBron has dipped his investments in many different fields. Moreover, James has invested more than $500 million in Beats by Dre and Beachbody. Again the basketball legend would later invest $300 million in The SpringHill Company, founded in 2020 by LeBron. The company also backed the movie Space Jam: A New Legacy starring LeBron James.

Savannah James Led a multitude of Careers over the years

Savannah James may be the wife of one super-rich athlete, but she still enjoys earning. And over the years, Ms. James went through several Career changes. In the first half of the 2010s, Savannah ran The Juice Shop in Florida. But she closed the store to move back to Ohio. 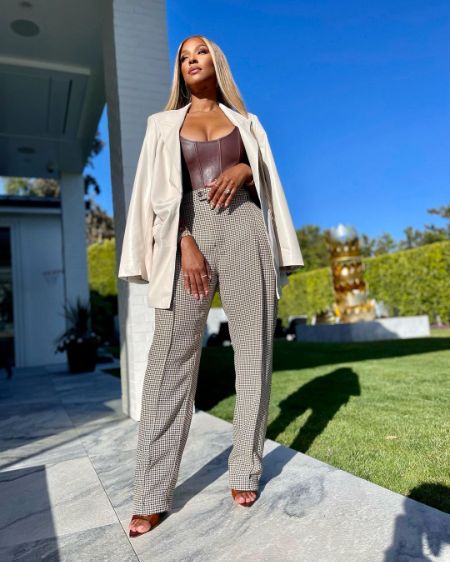 Savannah James was promoting Honor The Gift and MIAOU, as well as her makeup artist and hairstylist. SOURCE: [email protected]_savannahrj

After that, LeBron's wife started her career as a furniture designer. Likewise, Savannah successfully launched a furniture line called Home Court with the American Signature.

Savannah is also known by many for her philanthropic works over the years. Moreover, the businesswoman started a philanthropic effort known as Women of Our Future to empower young women and girls.

Savannah James and her husband live in the Beverly Hills mansion

LeBron James earned a massive asset over the years. And it is no surprise that the NBA athlete lives in a multi-million mansion with his family. James bought his most recent real estate in the summer of 2020. And the basketball superstar paid $36.750 million for his newest house. 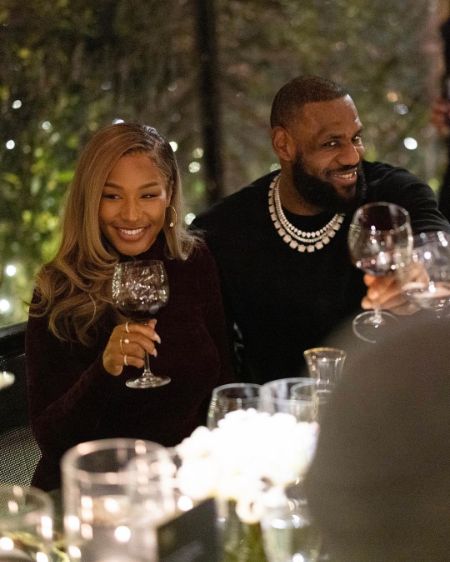 Along the view, LeBron's new mansion comes with vaulted ceilings, seven fireplaces, multiple screening rooms, a pool, and other facilities, as seen in VanityFair's post. But it isn't their only house; the basketball star also owns a mansion in Brentwood, LA. James's mansion in Brentwood covers 15,846 square feet.

Aside from these massive real estates, LeBron and his family wear designer threads and accessories. Savannah and her husband wear only the best money can provide, from swimming trunks to pajamas. Be it the necklaces or the watches, everything they wear costs thousands of dollars.