LeBron James, famed for his notable achievements like 3 NBA championships, 4 NBA Most Valuable Player Awards, 3 NBA Finals MVP Awards, 3 NBA All-Star Game MVP Awards and 2 Olympic gold medals, is regarded as one of the greatest NBA players. 33-year-old James, blessed with a massive contract and net worth of $400 million currently plays for the Cleveland Cavaliers along with the support of his happy family.

James married his high school girlfriend Savannah Brinson after 11 years of relationship, and currently shares happy family goals along with his 3 children. Though, the relationship rumors and past affairs have not left James. Let's know more about LeBron James' married life, relationship, and affairs.

Married Life of LeBron James and Savannah Brinson; Their Relationship

Really, marriage not only ties the knot of relationship but also of the hearts as well. And seems LeBron James and his wife Savannah are inseparable amid of the relationship rumors of James. Reportedly, the couple first met while both were attending high schools and started dating soon after in 2000 while Brinson was 16.

For their first date, the couple went to Outback Steakhouse, and Savannah, in her interview with Vogue revealed that James soon after the date came to meet her with her leftovers in his car.

"I think he just wanted another excuse to come and see me."

Before makeup tutorials and stylists?? #WeCuteTho #Youngins #FlashbackFriday circa 2005 @kingjames

Savannah, the former high school cheerleader, and softball player is the support system of James since his high school days, even now stands as the backbone for him. Wow!

Though her current profession is unknown.

After years of dating, the couple took their relationship to another level, yeah, it's the engagement. Enlisting the help of his former teammate Dwyane Wade, James proposed Savannah on December 31, 2011 party celebrating New Year's Eve and his 27th birthday. 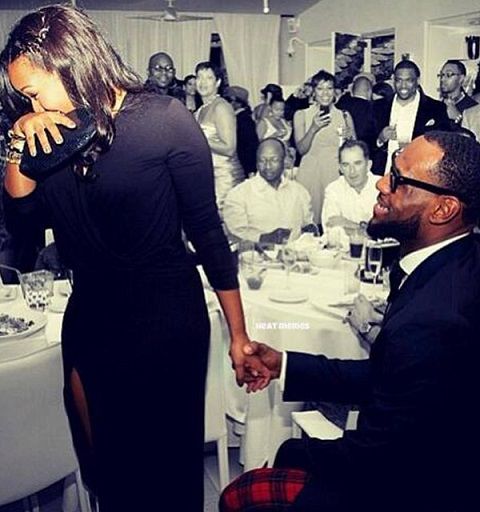 And nearly after 2 years of engagement, the lovebirds walked down the aisle.

The dream moment for the lovers came out to be a reality when LeBron James and his fiancee Savannah got married on September 14, 2013, in San Diego, California.

Well, the wedding was attended by about 200 guests like Ne-Yo, Carmelo Anthony, and some of James’ Miami Heat teammates such as Dwyane Wade and Chris Bosh, though, the nuptials moment was kept away from the cameras.

And after 5 days of their marriage, James shared a moment of his marriage depicting his happiness via his Instagram. Check this out.

When u have someone that's always there for you no matter the ups and downs in life, it makes it all worth living for! So happy to call u Mrs. Savannah James #MyQueen #Backbone #QueenJames #Honeymoon

And, even now the couple without any mishaps of divorce or separation is enjoying the happy family life with their 2 sons and a daughter.

Let's know more about their children.

Well, many of us don't know but James was already the father of 2 sons before his marriage. Besides being famed for his outstanding basketball games in college, LeBron was also in the limelight after being a young father.

While in senior high school career, Brinson got pregnant with James and later on October 4, 2004, the couple welcomed their first child, son LeBron Jr. Then on June 14, 2007, LeBron became a father for the second time after welcoming the second son, Bryce Maximus. 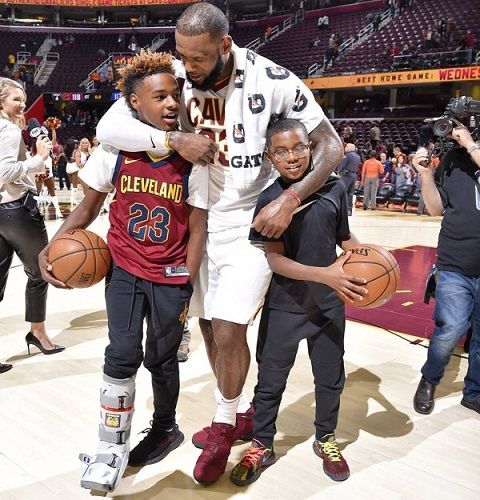 In 2013, Brinson again got pregnant and this time it was a beautiful angel making the smiley curves on the couple. After a year of their marriage, the couple welcomed their daughter, Zhuri Nova, in October of that year.

Happy 3rd Birthday to my Princess Zhuri Nova aka Daddy's lil girl aka Momma's lil face. You're so amazing beyond years and I'm so happy every time I see your face! Daddy loves you for eternity and beyond!! #SheGetsWhateverSheWantsFromMe #AndWhatSo #ThatsMyBabyGirl #LilGuysDontEvenTryIt #IllBeWaitingAtTheGateWithTheGuardWithSomethingOnMyHipToo #ThinkItsAGameIfYouWantTo

And the happy family can be seen sharing really lovely moments together. Have a look at the family moments.

????Wit my heavy hitta aka The Queen ???? post game last night! We ride and die together #JamesGang??

I know my purpose and its for damn sure bigger than just dribbling a basketball. Thank you young fella for allowing me to inspire you! The greatest moment today! ??

We wish the happy family a lot of happiness.

Past Affairs and Rumored Relationship of LeBron James

Well, LeBron James doesn't seem contradictory while it comes to the records of past affairs and relationship rumors. Back in May 2003, as reported, James was engaged to Adrienne Bailon for 1 month after dating 7 months. Though, the former couple split up without a disclosed reason. 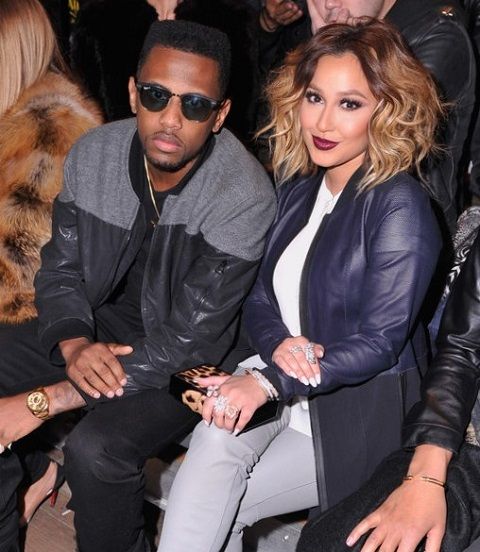 However, it is still a controversial issue that if LeBron had dated Bailon while he was in off-relationship with Savannah Brinson during 2003.

Besides this, amid of his ongoing relationship with Brinson, James was rumored to have hooked up with many beautiful ladies as in 2004, he was alleged to be dating American actress Megan Good. Also, his rumored relationship with Amber Rose and Carmen Ortega in 2010 and 2012 made the highlights too.

But without a strong reason, the rumors got buried in the grave.