Gossip How much is Tom Brady Net Worth? Know about Salary Career and Awards

How much is Tom Brady Net Worth? Know about Salary Career and Awards

Tom Brady, born as Thomas Edward Patrick Brady Jr., is indeed a prominent player in the NFL. 40-year-old American footballer, Tom has only played for the New England Patriots, since his career debut in 2000  and shows his incredible game impacts even now. Alongside his shared record with Charles Haley of winning 5 Super Bowls, Brady's mouth-watering contracts and salary is also the center of attraction.

Currently, Tom Brady is estimated to be enjoying the net worth of $180 million. Blessed with his professional career, endorsements, and bonuses, Brady shows no sign of retirement despite being in his 40s.

So how much salary Brady earns? Scroll down for Brady's earnings, contract, salary, house, and net worth details.

Net Worth and Salary of Tom Brady

Also famed as the lovable husband of the richest model Gisele Bundchen, whose net worth is $380 million,  Tom Brady's net worth is comparatively less than that of his wife. However,  his net worth $180 million as of 2017, is not a small amount though.

Even though Tom Brady's net worth as of 2018 is under review, reportedly, in 2018, Tom will be paid the annual salary of $14 million making him the highest paid Patriots player ahead of his teammates Stephon Gilmore, Rob Gronkowski and Devin McCourty who earn $8.5 million, $8 million and $7.5 million respectively.

Career Contracts and Salary of Tom Brady with Patriots

After winning the Super Bowl XXXIX,  Tom Brady was offered a new 4-year contract by Patriots, worth $42.8 million, which earned him an average annual salary of $10.7 million. 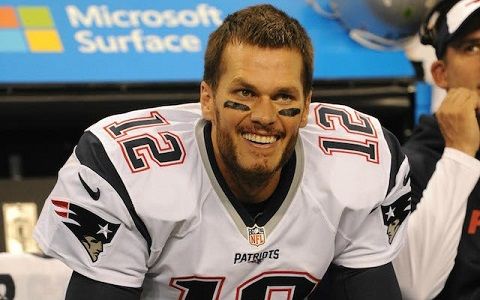 Later in 2016 offseason, Brady again signed a 2-year contract extension worth $41 million to keep him with Patriots for 2018 and 2019 season. The deal included the signing bonus of $28 million and the average annual salary of $20.5 million.

Though, even in the 40s, Tom Brady actively playing in NFL has not given the news of his retirement. In 2018, Tom Brady will earn the salary of $14 million while carrying the cap hit and dead cap value of $22  million and $28 million respectively.

Let's wish him best till then.

As per ESPN, in May 2017, Tom signed a multiyear endorsement deal with Aston Martin, a car company to endorse its DB11. Though the deal amount is not revealed, probably, he gets good pay.

I’m no James Bond but… Proud to announce my new partnership with @astonmartinlagonda!

Currently, Tom along with his wife, Gisele Bundchen and 2 children reside in their lovely house in Brookline, Massachusetts. The property features  5 bedrooms and an elaborate kitchen dedicated to their chef, Allen Campbell, to prepare their gourmet meals, however, its worth is not disclosed.

But, this is not the end. Previously, Tom and his wife owned a mansion in Brentwood, LA, which they sold to  Dr. Dre in 2014 with the reported amount of $40 million. Soon after selling their property of 18,298 sq. ft., the couple moved to East Coast in their custom-designed house, for which they paid $4.5 million.

Thinking about how would a $40 million mansion look like? Let's take a tour of Tom Brady's former house.

Furthermore, the couple also owns a penthouse at One Madison in Flatiron, Manhattan and the worth of the property is believed to be $14 million.

However, it is reported that Tom and Gisele will sell the property soon after the completion of their Condo New York's Tribeca, believed to be completed this year. The worth of their new residence in New York is reported to be $20 million.

Which cars does Tom Brady's have? 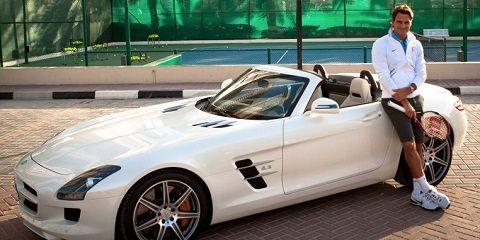 Well, talking about the worth of Tom's car collection, it is estimated to be around $3 million.

Along with the endorsement with Aston Martin, Tom added Aston Martin Vantage worth $290,000 in his collection. Moreover, he and his wife also own a private sleek black Gulfstream Jet worth around $50 million.

Well, Tom Brady seems to be active in charity works as well, besides playing. The kind and generous American footballer has used his fame and earnings to promote donations. Tom has been in a good relationship with Best Buddies, a non-profitable organization to help disabled children.

As reported, Tom helped the organization to raise the donations over $20 million. And, Tom's own charitable foundation Change the World Foundation Trust, was given $2.75 million by Best Buddies as a tribute to his dedication.

Though Tom's charity has not made many highlights,  actively working for human welfare, Tom reportedly provided huge donations to J.J. Watt's Hurricane relief fund in 2017. Brady got the company of American football coach Bill Belichick, who made a huge contribution too.

Tom Brady playing in the NFL since 2000 has made numerous records and is honored with many awards. Talking about his achievements, the New England Patriots star Tom Brady has set the records of winning 5 SuperBowls(XXXVI, XXXVIII, XXXIX, XLIX, LI) playing for one team. He has made his Pro Bowl aappearances13 times.

Let's see some of his career special moments.

Well, recently in 2018, Tom Brady played in the Super Bowl LII against Philadelphia Eagles in the finals, however, the defending Super Bowl LI champions Patriots couldn't make their way to victory.

Though Tom Brady was able to complete 28 passes on 48 attempts for 3 touchdowns, no interceptions, and a Super Bowl record 505 yards which set a new record for the most passing yards by a quarterback in any postseason game in NFL history.