How Much is Odell Beckham Jr's Net Worth? Know in Detail about his Salary, Car, House and Awards 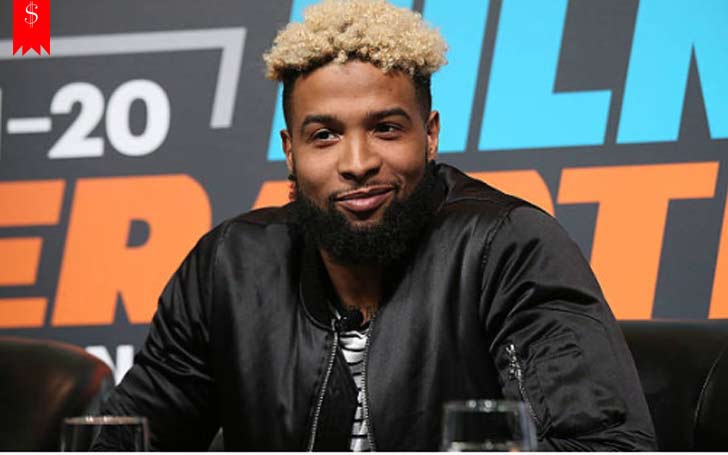 Odell Beckham Jr. of NFL has been in the highlights of the media for his conducts on and off the field. Currently, the 25-year-old American footballer plays for the New York Giants as a wide receiver. After getting professional through the 2014 NFL draft pick by the Giants, Odell has broken many NFL records to date.

Surely, the productive player, Odell gets a lucrative salary then. Well, with his professional gameplays of 3 years, Odell is estimated to be enjoying the enjoying the net worth of $8 million, blessed by his career earnings and endorsements.

Getting curious about his salary and earnings? Stick tight as we provide all the information about Odell's salary, house, cars, and net worth along with his career awards.

Net worth and Salary of Odell Beckham Jr.

If someone is dedicated and blessed by talent, then fame and money in a short period of time is not a big issue at all, the same story is of Odell Beckham Jr. The net worth of Odell Beckham Jr. was reported to be around $8 million in 2017, however, as of 2018, it's under review.

Besides earning the average annual salary of $1.5 million, Odell's income receives a great help from his endorsements deals as well. The total career earning of Odell after signing the New York Giants is reported to be $8.45 million. Let's know more.

While in high school, currently the Giants wide receiver, Odell, was rated the No. 6 wide receiver and as the No. 40 player in the nation by Rivals.com and Scout.com, which later resulted in him to play for the Louisiana State University (LSU) in 2011. 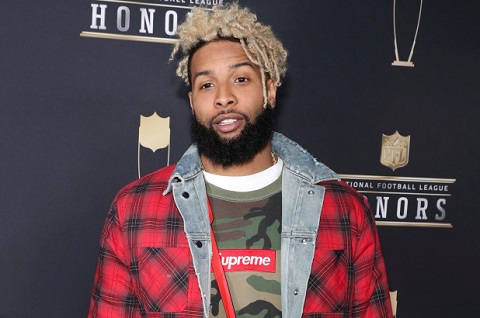 Well, Odell has played professionally for the Giants since getting professional. With his rookie contract,  Beckham Jr. salary reportedly earned $1.36 million and $1.83 million in 2016 and 2017 season respectively.

Well, the controversy of Odell's fines and the suspension is not quite forgettable too. On December 26, 2014, Odell was reported to be involved in a brawl against St. Louis while playing for the Giants, for which he paid $10,000. Later on January 2, 2015, Beckham was fined $11,025 for removing his helmet on the field of play against Philadelphia and on October 7, 2015, he was fined $8,681  for multiple altercations against Buffalo Bills.

Then on December 21, 2015, Odell was suspended for a 1 game for unsportsmanlike conduct against then
Carolina Panthers' Josh Norman forfeiting $52,529 from base salary in 2015. The most fines were paid by Odell Beckham Jr. in 2016, here is it:

The year 2017, proved to be fortunate for the New York Giants wide receiver Odell Beckham Jr., not only because he earned the career highest salary of $1.83 million, also due to his millions worth deal with Nike. As reported Odell signed a 5-year endorsement deal with Nike in May 2017, which is worth around $25 million.

The new brand ambassador of Nike, Odell earnings is reported to be $5 million from the deal. And still with his jaw-dropping deal and incredible play, Odell is ranked behind wide receivers like Julio Jones, Mike Evans, and Antonio Brown, as per PFF.

Well, Odell is not reported to have purchased his own house yet, so where he lives then? It's a surprise that Odell currently lives with the Canadian rapper and singer-songwriter, Drake in his mansion in Hidden Hills, California.

The property featured by an enormous pool, library, screening room and a cavernous wine cellar was bought by Drake in the mid-2012 paying $7.7 million. 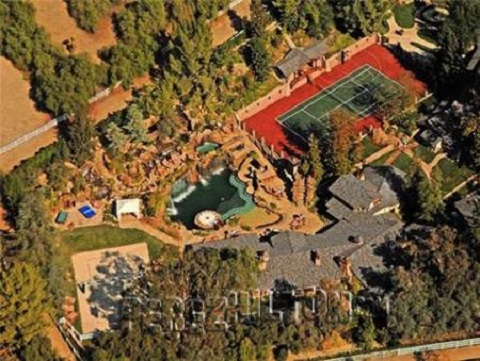 Lucky Odell has got a famous roommate. Surely, Odell is also going to establish his own property empire with his rising economic benefits.

Odell's Rolls Royce seems so catchy, you know? It's because it's custom made. His car collection is estimated to be worth $580,000. Really Odell is crazy about cars!

Odell also seems to be active in philanthropy works too. As reported, Odell Jr. is associated with the charitable foundations like Fresh Air Fund and Ryan's Foundation. In 2017, Odell told that he had joined Hurricane Harvey relief effort and pledged to donate $100000 on his website odellbeckhamjr13.com.

Odell Beckham Jr. donated $500,000 for the maintenance of the Lousiana fields, destroyed by flood in 2016. Also in 2016, Odell pledged to donate $500,000 to LA football youth for the upliftment of youth sports.

Odell Beckham Jr. who claims soccer star David Beckham as his idol has won several awards in his career. While playing for the LSU Tigers in his first year in the 2012 BCS National Championship Game, Odell won the Paul Hornung Award following his junior season in 2013.

After signing with the New York Giants, Odell broke the rookie record for the most average receiving yards per game and became the first player to record more than 75 receptions, 1,100 yards, and ten touchdowns in a rookie season. In 2014, Odell won the 2014 Offensive Rookie of the Year award for his incredible play and nationally noticed one-handed touchdown catch against Dallas Cowboys. 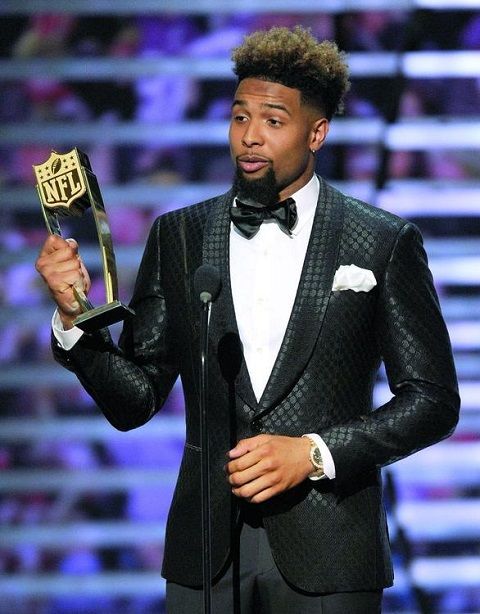 Odell has been named to Pro Bowl for 3 times and is the 2 times second-team All-Pro. On January 29, 2015, alongside the New Orleans Saints quarterback Drew Brees, Odell made the new world record for the most one-handed 33 catches made in a minute, breaking the record on 10 catches.

However, later the short-lived achievement was taken over by CFL's wide receiver Andy Fantuz making the new world record of 50 one-handed catches in a minute.

Odell is the only player in NFL history to have 1,300+ receiving yards while playing in 12 or fewer games in a season to have 10+ receptions in consecutive games.

Let's see what the future games of the prominent player, Odell Beckham Jr. has to offer.