How Much is Alfred Morris's Net worth?Know in Detail about his Career, salary, Car and House 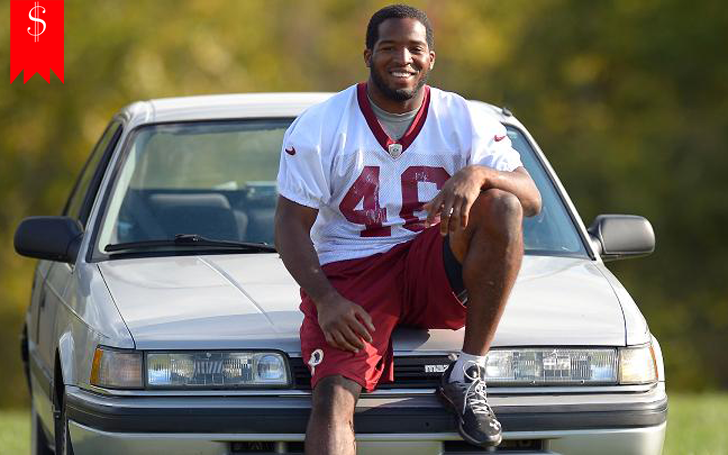 Alfred Bruce Morris, known as Alfred Morris is an American Football player who plays as a running back for the Dallas Cowboys in the National Football League (NFL). The 28 years-old footballer with his unrevealed love life is enjoying a huge amount of salary and economic benefits.

So, what is the net worth of Alfred? Let's know about details of his net-worth and career along with his achievements in this section. Though he earns millions, he is still fond of his 1991 Mazda 626 which he bought for $2 from his pastor as a college junior which he nicknamed as Bentley like the NBA player LeBron James who reportedly owns Kia K900.

Including his personal investment of $4.5 million, he also owns a luxury house in Dallas, which is worth $1 million currently. As reported Morris' net worth is likely to grow by around 135% based on the current estimates.

Alfred who used to play for Florida Atlantic University in his college days with his records of 11 touchdowns with a career-long run of 48 yards from 2009 to 2010, later was selected in the sixth round of 2012 NFL Draft and signed with Washington Redskins in the May of the same year.

After his professional career started, Morris by the end of the season broke Clinton Portis’ rushing record for a single-season of 1,516 yards and Charley Taylor's record for most touchdowns with his total of 1,613 rushing yards and thirteen touchdowns.

Here is an interview with Morris after breaking Charley's record where he is presented with the WWE title belt and crowned 4th & Pain champion.

He became the fourth running back in the Redskins' franchise history to have at least three 1,000-yard seasons along with John Riggins, Clinton Portis, and Stephen Davis in 2014 season.

Morris with his Jersey No. 46 in Redskins

Soon after his contract was over with Redskins, he joined Dallas Cowboys with a 2-year contract on March 22, 2016. However, his performance became poor in 2016 season. But with his start of 2017 season, he regained his possession after handing the victory to Cowboys against his former team Redskins with a score of 38-14 along with the support of Ezekiel Elliott.

Best of luck for further Morris!!