How much American wrestler Apollo Crews Net Worth in 2018? Find out his Career and Salary 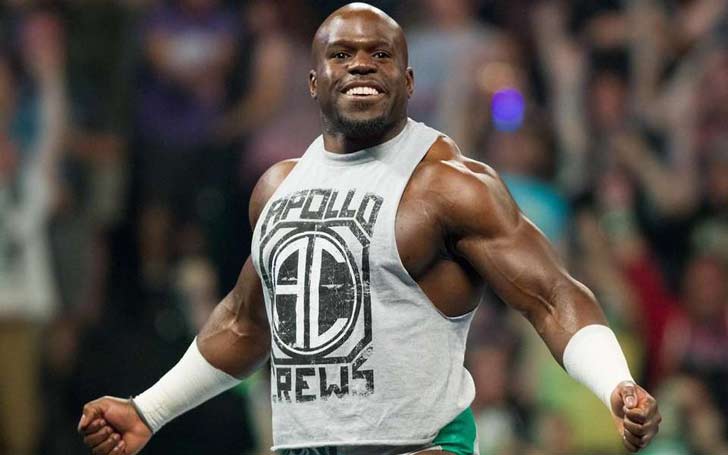 WWE, the biggest American sports and entertainment company has earned many wrestlers, a lot of fame and money. Today we are here to discuss American professional wrestler Apollo Crews, currently signed to WWE and performs in the RAW brand. The 30-year old wrestler born as Sesugh Uhaa is better known for his recent ring name Apollo along with his finisher Gorilla press drop followed by a standing Moonsault and The Chariot (Spin-out powerbomb).

Apollo seems to have a successful career like his love life with his partner Linda, with whom he shares a daughter. With his professional career of 8 years, Apollo is reported to have earned the estimated net worth of $1.8 million. Thinking about his salary, right? Okay, then let's know all about his career earnings, salary and net worth along with his career below.

Net Worth and Salary of Apollo aka Apollo Crews

Apollo, who is reported to be inspired by the WWE Superstars Steve Austin ( Stone Cold) and Dwayne Johnson (The Rock) started his wrestling career in 2009.  And reaching up to 2016, Apollo's net worth was reported to be around $1.5 million, which is estimated to have increased to $1.8 million in 2017. Though, the exact figure of his net worth is not out yet. 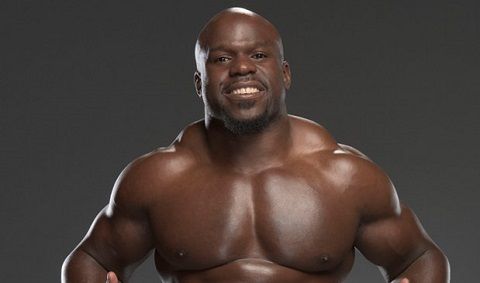 It seems the main source of Apollo is his wrestling career, as no reports of his side business or endorsements deal is out yet.  Currently, Apollo is reported to enjoying the annual salary of $300,000. Let's dive in more to know about his salary and career ladder.

Career Earnings and Salary of Apollo

After playing for a while for small promotions on the Georgian independent circuit, Apollo made his professional debut in the 2011 Dragon Gate USA promotion. Soon he got signed by the Dragon Gate and toured in many events of Dragon Gate under the ring name Uhaa Nation.

Unfortunately, Apollo's salary and incomes from Dragon Gate is not revealed. Probably he earned thousands of dollars. And after playing for 5 years in Dragon Gate, Apollo moved to WWE's NXT, making his debut on an episode of NXT broadcast on May 6, 2015. He played there for a year earning the annual salary of around $45,000. 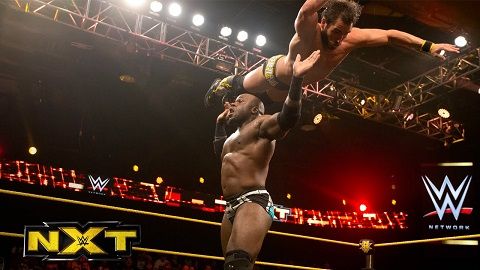 While in his NXT career, Apollo got the attention of viewers and management defeating Tye Dillinger at NXT TakeOver: Brooklyn and his controversial feud were with Baron Corbin, whom Apollo threw out in the battle royal and with Elias Samson too.

Many fans don't know but when Apollo was offered a contract by WWE, he thought it was a joke as he got the call on April's Fool day. Haha funny, and soon his fortune got a nice turn.

In 2016, Apollo Crews made his main roster debut on Raw, defeating Tyler Breeze. Later, after defeating Sheamus at Money in the Bank, Apollo Crews was drafted to the SmackDown brand in the 2016 WWE draft. With his growing potential, Apollo got to participate in his first Royal Rumble match on January 29, 2017, however, was eliminated by Luke Harper.

Back on April 10, 2017, Apollo was transferred to the Raw brand as part of the Superstar Shake-up and a storyline of Apollo began with Titus O'Neil affiliating their joint company The Titus Brand, which turned to Titus Worldwide after Akira Tozawa joined them.

The high-flyer and power wrestler Apollo got named Best Newcomer of the year after winning every match alongside Blood Warriors Stable while in the Dragon Gate. Later his fame shined in the NXT after winning a battle royal to become the number 1 contender for the NXT Championship, however, couldn't get hands on the title.

One of the prominent wrestlers, Apollo got a call to play in the WWE's Raw Brand in 2016 and soon he defeated the WWE star Sheamus winning the title of Money in the Bank in the mid- 2016. Also, at 2016 Summerslam, Apollo won a battle royal to earn a spot in a six-pack challenge to determine the number 1 contender to Dean Ambrose's WWE World Championship; later got defeated by Dolph Ziggler in the challenge.

Apollo has participated in the Royal Rumble for 2 times in his career but is not successful to record the victorious name. Apollo has defeated WWE stars in non-title matches which includes the victory over The Miz in WWE Intercontinental Championship, Cesaro, and Sheamus in the Tag Team Championship alongside O'Neil. But has not won in the title matches till now.

Let's see what the future has to offer and stick tight with us for updates.