Homam Ahmed is a Qatari national team footballer who plays for the Qatar Stars League side Al-Gharafa. He is positioned as a left-back and wears a jersey number 24 for his fellow club and a number14 for his national team, Qatar National Team.

Homam has a current market value of €500 Thousand, which is also one of the highest market values of his football career so far. Further, Ahmed's current team, Al-Gharafa, is a holder of the Qatari Stars Cup 2017/2018 and 2018/2019.

Homam Ahmed was born on August 25, 1999, and is 22 years as of the current year. Similarly, his star sign is Virgo as per his birth details. The professional is of Qatari nationality. 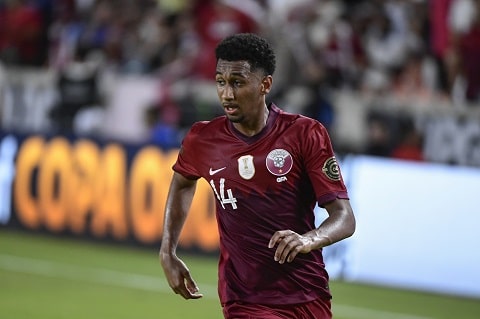 Homam Ahmed during his under 20 World Cup match SOURCE: Masslive.com

Homam fans have waited this long to explore his private life and get to know him much better. But, Ahmed, being Ahmed, loves to make his fans more curious about him and search his bio online.

Meet His Family And Parents

We have no details about his father and mother, not even their names and profession. However, we have tried searching on every possible site the young player hasnt dropped any hint about them.

Homam is very mysterious about his bloodline, and his private nature has become more challenging for us to know even small facts about his family. Similalry, he has never been open about his siblings. We have no clue whether he has a brother or sister with whom he grew up.

The private-natured Homam must have his family back behind the camera as he has touched the height of success at such a young age. Similalry, his father and mother must be supporting his dream career, which has made Ahmed come this far. Homam is a renowned national player of Qatar. And we must say, due to his proficiency playing left-back parts, the Qatari player has made him listed as among the skilled players in his club and national team.

The Al-Gharafa teammate Homam is the product of Aspire Academy, where he played for the team and developed his football skills. Besides that, he kickoff his football career in 2017 when he played for the Eupen. The club is a Belgian professional association football club based in Eupen. After a year, on September 1, 2019, he left the club and signed a contract with Al-Gharafa.

Ahmed has already spent two and half years in the club. In between that, he also debuted his international career by representing his home country Qatar where he has played Under 20 and Qatar under 23 Fifa World Cup. Similalry, his fellow club, is also the holder of the Qatari Stars Cup. 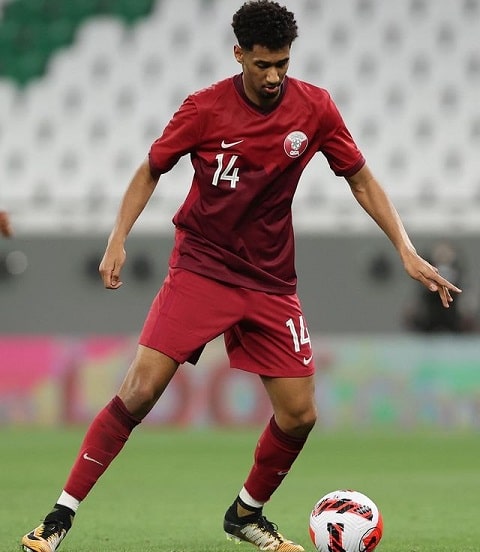 Undoubtedly, Ahmed was sure about his dream career and proved he was one of the best Qatari football players with extraordinary skills and talents. Similalry, fans have expected him to be more functional and victory every match he plays.

Here is another Qatari national football player, Ali Assadalla, with a goal record of 12, representing his home country.

How Much is His Net Worth?

The major source of Homam Ahmed's income comes from his professional football career. For more description, the average pay for a Qatari football player ranges from QAR 7,962 to QR 26,000. However, some famous players also earn more than the estimated salary. And a source claims that Homam's calculated net worth is $1 million- $5 million.

Likewise, the young player's salary is still under review, and this is pretty confident that he is also one of those players who earn more than the estimated pay scale. Additionally, Homam is one of the most demanded professional players In the Qatar football market as he holds a market value of €500 Thousand per the last update on May 25, 2022. 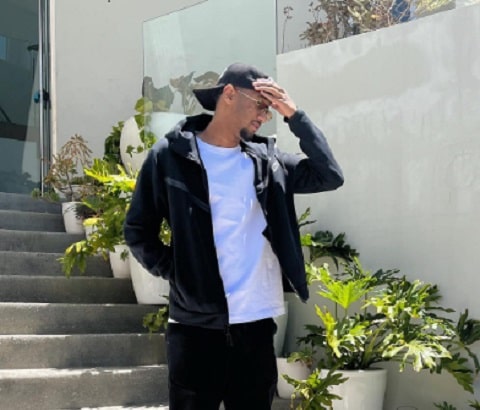 Rather than this, Ahmed seems to be living a luxurious life as the player often visits new places and wears fashionable clothes that are worth thousands of dollars. While exploring his social media wall, we can see Homam has a good sense of fashion, and he just doesn't look good in his jersey but also outside of the ground.

The career-focused footballer prefers keeping his life simple and delighted, which is why Ahmed is loved by his fans. Further, he might own a branded car and million-dollar house but doesn't like to flaunt it openly on his social media handles.

Similalry, Ahmed Alaaeldin is one of the professional level football players with a current market value of €700Thousand.

Facts On Homam Dating Life- Is He In A Relationship?

The fan's favorite Homam Ahmed currently seems to be single. He is one of the Qatari footballers with more than 20k followers on his Instagram and is mostly asked about his relationships and dating career. Despite the craze, Ahmed keeps it secret and silent.

Moreover, he is one of the youngest national team players in Qatar, and the player has just begun his career so he might be focused on his sports career rather than a relationship. Therefore, Homam fans and loved one must wait some more time to explore his dating life until he feels comfortable sharing it publicly.

The sportsman is active on social media handles, including Instagram, where he stands with a username @homam_99 and has over 24k followers. Other than that, he shares football-related content on his IG and seems to be friendly. 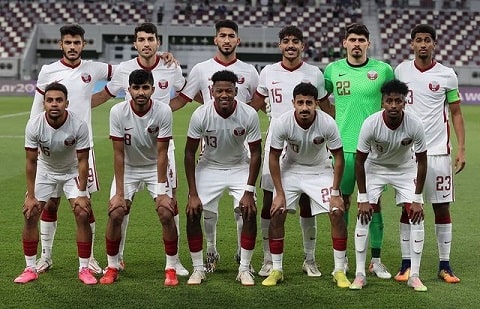 Homam loves to spend his spare time in training and sports and often posts his training posts and stories online. Likewise, he enjoys traveling and clicking new snaps with friends. For your information, he recently visited the United States and some time ago Paris.