Ahmed Alaaeldin is a renowned professional-level football player currently playing for the Qatari football club, Al-Gharafa. The club is a multisports club located in the Al Gharrafa district of Al Rayyan. The footballer also plays for his country's national team.

Ahmed is generally known as Ahmed Alaa in the football vocation and plays as an attack - Centre-Forward. The Qatari footballer wears jersey number 13 representing his club, and some of his other optional positions are Left Winger and Right Winger. Additionally, the skillful footballer's current market value is €700 thousand.

The popular Qatari football player, Alaaedin was born in 1993, and he cuts his birthday cake on January 31 every year. Likewise, his current age is 29 years old. While talking about his birth details, the professional was born in Egypt. Considering his birth facts, his star sign is Aquarius. 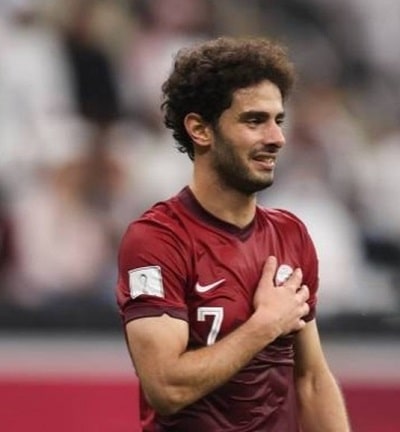 Despite this, Ahmed's birthplace is Egypt. He spent most of his childhood in Qatar, and Alaaedin's family drove to Doha when he was ten. In 2003, the footballer and his family arrived in Qatar and started their career in their respective vocation.

Details On His Parents And Siblings

The Qatari nationality, Alaaedin, was raised by his Egyptian civil engineer father, whose name is still to be exposed; however, the facts on his mother remain under study as well.

Besides, he has a brother named Mohammed Alaaeldin. Mohammed is a footballer and plays for Al-Duhail as a right back. Both siblings are winning the hearts of many football lovers and are best known for thei unique skills. 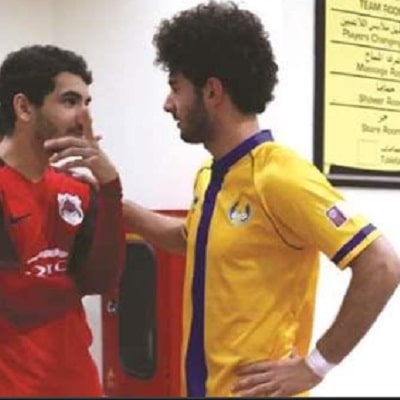 For your information, Mohammed previously played for Al Rayyan and joined his current club in 2021. Likewise, he began his senior career in 2012.

The  Al-Gharafa footballer is one of the valuable players on the team. Further, he made his senior career debut in 2010 when he played for AI-Rayyan. The professional played for the club for about seven years. So far, Ahmed has played for two clubs, including his current club, Al Rayyan. 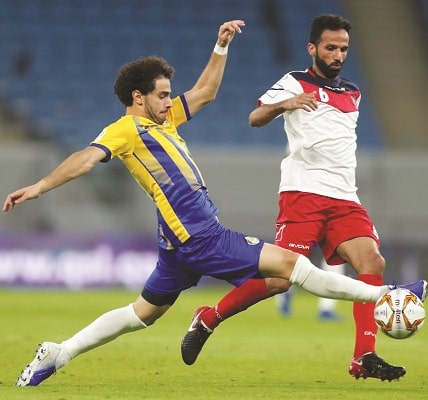 The center forwarder scored in the 2011 AFC Champions League game against Emirates Club, which became one of the huge achievements for his football career as he gained much recognition for the respective match.

The popular footballer, Alaaedin officially joined the Qatar national team in 2013; regardless, in August 2011, he played for the Qatar Olympic football team in the GGC U23 tournament. More to this, the professional-level footballer also played at the 2016 AFC U-23 Championship.

One of the most successful Qatari football players, Ahmed Alaaedin's net worth is gauged to be about $ 1 million- $ 2 million. Undoubtedly, his income increases each drawing day as the player has been giving his all for the club and the national team.

Playing football from an early age has given him a good profile and lavish life. Alaaedin must be living a luxurious life with his great earnings, and to be clear, the primary source of his income is football.

Rather than this, he might be receiving money from other sources like an endorsement, campaign or a partnership; however, this is still not confirmed by him. The highest market value of Alaaedin is reported to be €700Thousand as per the August 13, 2021 update, which is his current market value as well.

Additionally, the average salary of the Qatari football player is estimated at QAR 7,962, so fans' favorite Alaaedin might be receiving the same range of money or even more than that. For now, the clear details on his salary remain under study.

You may find this interesting: Elvis Mosquera

Who Is Ahmed Dating- Is He Married?

Doha native Ahmed Alaaeldin seems to be unmarried nor in a relationship. Despite being a popular personality, he is currently focusing on his career rather than a partner. None of the verified sites have gossiped about his lovelife so far.

Nevertheless, we can expect he must have been at least in one relationship throughout his successful career. Aladdin is a secretive natures person, so that might be why his personal details are rarely visible on the online portals.

While talking about his past lovelife, we have no clue if the footballer has ever fallen in love, and we must say the girl will be the luckiest enough to have such an amazing person as her partner. Hence, he might be waiting for the right time to step forward and get engaged and create a new family.

Social media handles have one of the most powerful leverages on everyone's life, especially celebrities. As we mentioned earlier, the passionate footballer seems missing from the social media networks; he prefers to maintain a low-key life. 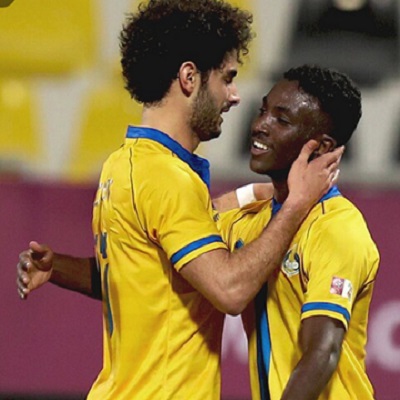 Al-Gharafa proficient player Ahmed is loved by many worldwide so we can see his picture with other team members and friends on Twitter posted by his fans. Sadly, his own presence on the handle is something we should wait for.

Ahmed Alaaedin has an attractive height of 5 feet 10 inches (1.77m), and his significant body structure has always helped him to be performing great in the field. Further, he weighs 75 kg as per the latest updates.

For more interesting content about your favorite athlete, visit our site playerwiki.