Ali Assadalla, aka Ali Asad, a Qatari footballer, currently plays for the Qatar national team and a club named Al Sadd. Further, he is positioned as a midfielder. Assadalla wears jersey number 8 from his club. Further, he plays as both midfielder and attacking mil fielder.

Assadalla is one of the most valued players of his club and national team and has recorded 12 goals so far, representing his home country. Likewise, Assadalla officially played for his home country on December 25 in the 2014 WAFF Championship, which became the major turning point as the team won the match by scoring 1–0 against Palestine. However, on November 13, the notice was released that the Qatari footballer joined the team.

Ali Assadalla's age is 29 years as of the current year. The AFC Championship League winner, Assadalla, was born on January 19, 1993. Besides, he was raised and naturalized by his parents as Qatari, although he was born in Bahrain. 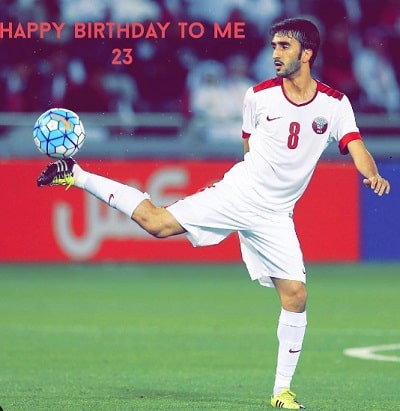 Similarly, the Manama native holds dual nationality of Qatari and Bahrain. Assadalla played his first national team match at the young age of 21.

Ali Assadalla is a national team football player who has contributed to the vocation since an early age. Assadalla has played for the clubs, including Al-Muharraq SC in 2008 and Al-Sadd SC from 2008 to 2012. Apart from that, he has played in several leagues and championships.

The former Al-Muharraq player also played as Left Winger and Right Winger. Moreover, Assadalla has grabbed the fan's attention with his amazing skills as he has played in all of Qatar's matches in the tournament. Fans were amazed when he scored a goal against Kuwait in extra time in the semi-final, which was the venue at Abdullah bin Khalifa Stadium, Doha, Qatar, on January 4, 2014.

You may find this more interesting: Edmund Addo

The two-time Qatari Cup Winner is quite secretive regarding his parents and family. Hence, the information about his father and mother is rarely available in the public domain.

Likewise, he is an excellent secret keeper as Assadalla has nowhere mentioned if he also has any siblings by his side. Apart from that, the football player has barred his family away from the media appearances.

The national team footballer Ali Assadalla seems to be married, but the official facts about his wedding are still out. Besides, Assadalla is a family man and often shares his kid's pictures online; however, the name of his children is a mystery to his fan. 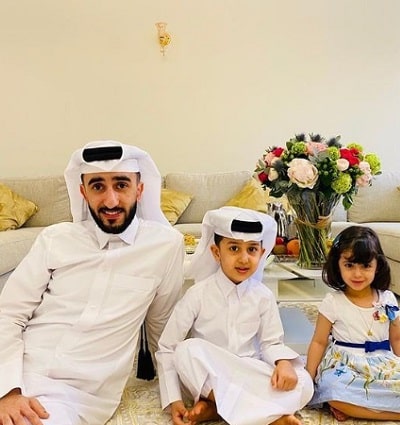 Likewise, the skilled and cautious football player is predicted to be wise regarding his wife's marital status. So, the exact information about Ali's past relationship is missing despite the fan's interest.

Have A Look At Assadalla's Car Collection

The Al Sadd midfielder is one of the well-established footballers. He has a breathtaking car collection and continuously shares pictures of his shining cars online. Well, Ali's car collection has become one of the most questionable topics of today as he owns two BMW M5 cars in two different colors, grey and yellow. Undoubtedly, Assadalla is a car lover and often flaunts pictures of them on social media, making people wonder how rich he is. Apart from his professional career, he is also known for owning branded cars.

The Qatar-based Ali Assadalla is one of the wealthiest Qatari football players. However, his exact net worth is under review. There is no doubt that he has a net worth of millions as he is the owner of two BMW cars.

While looking at Ali's pictures on his social media networks, the sportsman seems to be living a lavish life and has maintained his personality pretty well. Inaddition to this, he joined the club on July 1, 2011, and the contract was last extended on September 10, 2015. Therefore, the right-footed player must be receiving a valuable sum of money from his current profession; as the recent data reports, the average salary of a Qatari footballer salary is QAR 7,962.

Assadalla is actively available on various social media platforms, including Instagram. The footballer fans connect to him on networking sites where they are updated regarding his daily life.

He is on Instagram as @aliasad and has amassed more than 47k followers. The passionate football player often shares content related to football and his teammates and friends. So, we can say he is fun-loving and loved by many people.

While exploring his social media life, we discovered that Assadalla lives a luxurious life and is a machine lover.

One of the most followed Qatari football players, Assadalla, has an amazing height as he is 5 feet and 9 inches (1.75m) tall. The recent reports state that he weighs 61kg (143 lb).

Well, the player has utilized his tall height in the game and fans are always amazed by his amazing football skills.

For more intresting facts about your favorite sports person, do check playerswiki.