Heather Mitts Feeley widely recognized as Heather Mitts, is an American retired soccer defender who played for the Philadelphia Charge, Boston Breakers, Philadelphia Independence and Atlanta Beat in the Women's Professional Soccer (WPS) league. She finished a collegiate career at the University of Florida.

A three-time Olympic gold medalist, Heather Mitts was born on 9th June 1978, under the star sign Gemini. The 5 ft 5 in (1.65 m) tall holds an American nationality and is of white ethnic background.

As of 2020, Mitts' net worth is approximately $2 million. Not to mention, the significant source of her income is football: initially as a player and later a sports commentator and now running as soccer camp every year throughout the United States as well as sideline reporter.

During her playing stint (around 2013), she was ranked #4 in the list of Top 10 Richest Soccer Players with an annual income of $150,000 where Alex Morgan, Marta, and Abby Wambach are ranked 1st, 2nd, and 3rd respectively. 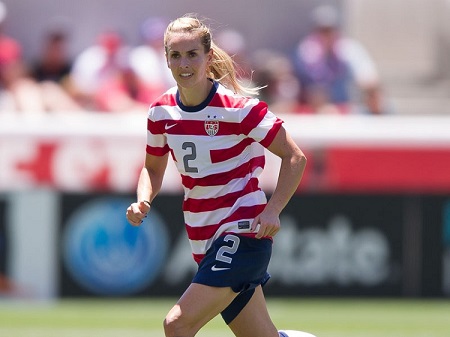 While still a player, she served as a studio soccer analyst for ABC, ESPN, and ESPN2 during the 2003 FIFA Women's World Cup and was a sideline reporter for several MLS broadcasts in 2005. Also, she was a sideline reporter for American college football during fall 2005 for ESPN. Her TV commentary jobs paid her well around five-digit figures per annum.

After her retirement as a footballer in 2013, Mitts became a full-time sideline reporter for Philadelphia Union games and now also a team ambassador. According to the source, the salaries of Sideline Reporters in the US range from $10,001 to $237,526, with a median salary of $42,853.

Heather Mitts is married to a retired NFL player, A. J. Feeley. Reportedly the couple began dating in 2002, a time when she was playing for the Philadelphia Charge whereas her beau was with the Philadelphia Eagles. After being in a relationship for almost eight-year, they tied the knot in Cabo in 2010, in an intimate wedding ceremony. 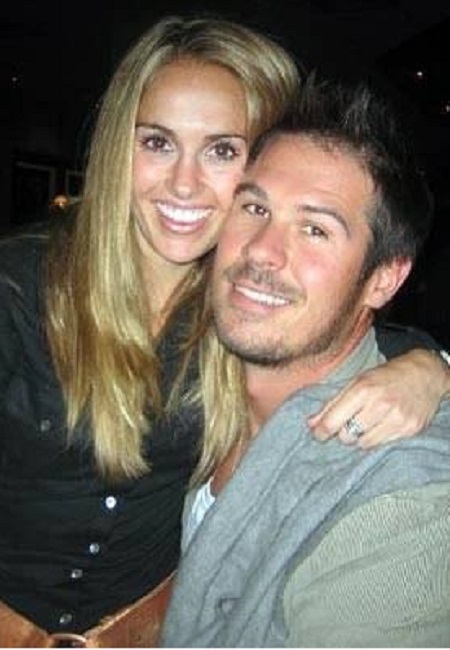 Her husband, Feeley, who was born on 16th May 1977 hails from Caldwell, Idaho. Drafted by the Philadelphia Eagles in the fifth round of the 2001 NFL Draft, he also played for the Miami Dolphins, San Diego Chargers, Carolina Panthers and St. Louis Rams. 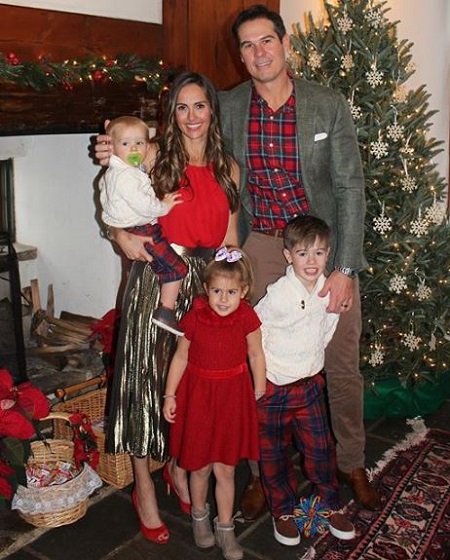 On January 30, 2014, the couple welcomed their first child, a baby boy, Connor William Feeley, and their daughter, Blake Harper, was born in spring 2016. In 2018, they welcomed their third child, Ace Hudson.

Heather Mitts was born to Jan Peck and Don Mitts. Her father is a cardiac surgeon at Christ Hospital in Cincinnati, who played basketball at Kentucky. On the other hand, her mother is a personal trainer.

Mitts has a brother Brian played soccer at the University of Kentucky.